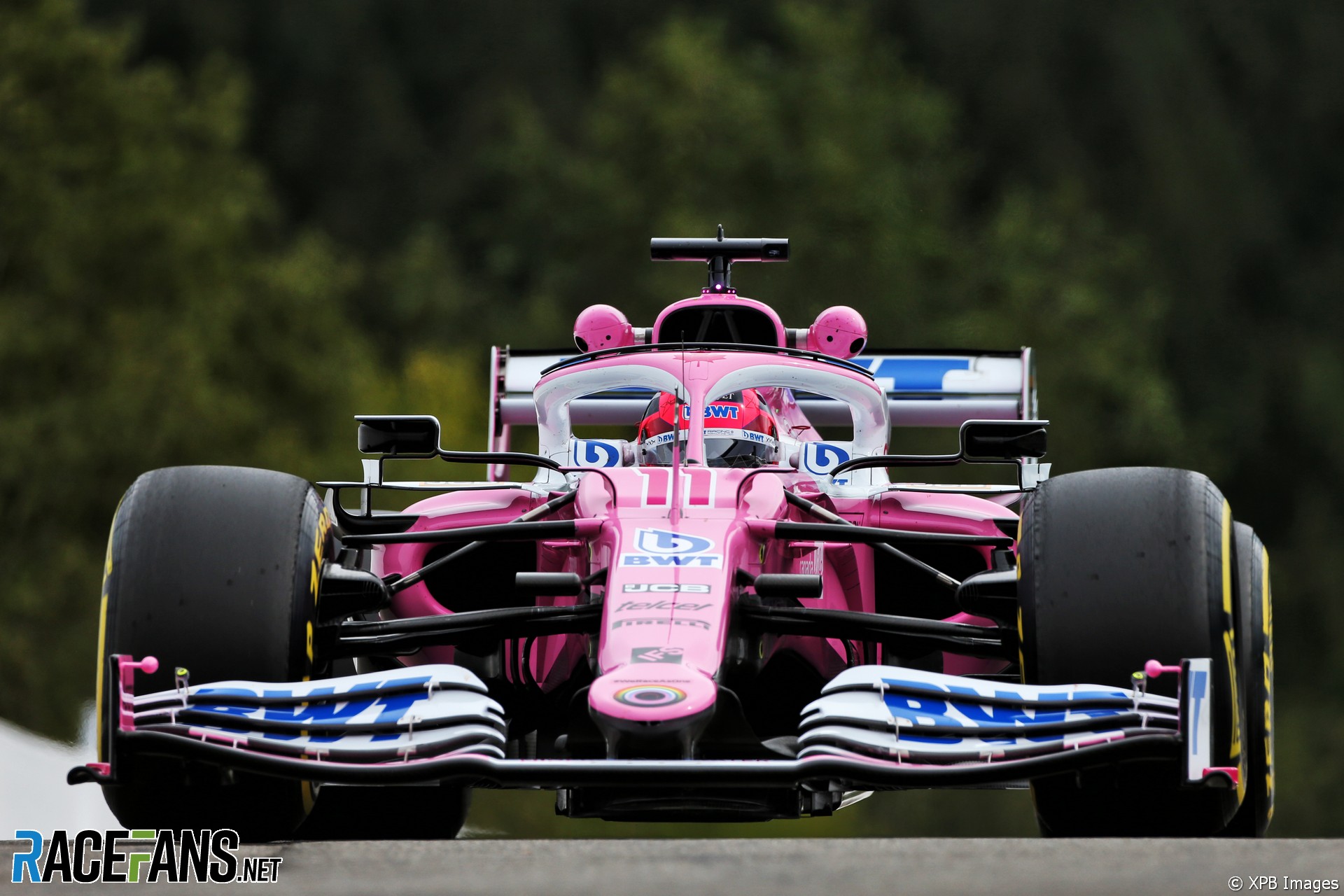 Sergio Perez is under investigation for impeding Romain Grosjean during the final practice session for the Belgian Grand Prix.

The Haas driver complained at the end of the session Perez had held him up “twice in a row”. Grosjean gestured at Perez after the second occasion when he followed the Racing Point through turn 15 during his final flying lap.

On the first occasion, Grosjean caught Perez in the braking zone for the chicane. “The FIA needs to do something,” he said after avoiding his rival. “This is fucking dangerous. Perez was completely on the racing line.”

Grosjean encountered Perez again on his final flying run. On this occasion Perez initially pulled over at the exit of Fagnes, turn 13, to let Vettel past.

He was then told “Grosjean fast, two [seconds] behind.” He drove through the next two corners and Grosjean passed him at the exit of turn 15.

Grosjean’s team told him “we saw the Perez incident, we’ll report it” after he completed the lap. “I mean, it’s a bloody fast track,” Grosjean replied. “Why would you stay on the racing line like this?”

The stewards have summoned Perez to meet them before qualifying for allegedly impeding the Haas driver on one occasion at 12:58 during the practice session.