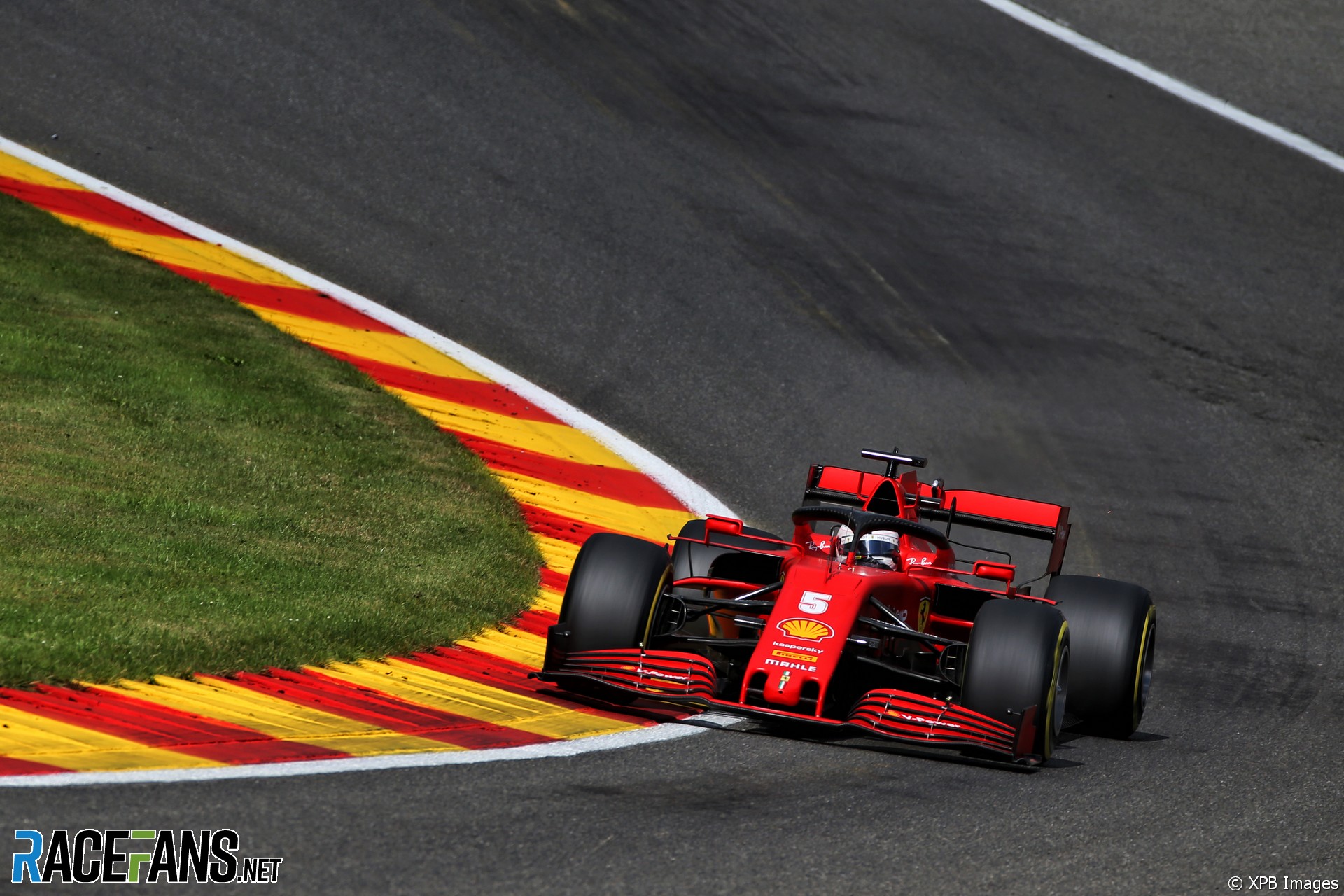 Sebastian Vettel says Ferrari’ inability to progress from Q2 in qualifying for the Belgian Grand Prix paints a “true picture” of the team’s performance around Spa-Francorchamps this weekend.

After sitting at the bottom of the timesheets in third practice, both Charles Leclerc and Sebastian Vettel were eliminated in Q2 during qualifying, with the pair set to start tomorrow’s Belgian Grand Prix in 13th and 14th, respectively.

But with such a disappointing result for one of Formula One’s traditional frontrunners, Sebastian Vettel claims a seventh row start is a fair reflection of the SF-1000’s true performance this weekend.

“Well, it is the true picture,” says Vettel. “It’s what the car can do around here today.

“Obviously we tried everything we can and a lot of effort went in from last night to today, trying to make things better. I think we did a little bit. But obviously we’re not where we want to be, but that’s not the first race and the first qualifying where that’s the case.”

Despite Ferrari being unable to match their qualifying times from 2019 around the Belgian circuit, Vettel is not surprised by the team’s lack of pace.

“We tried to do our best,” Vettel says. “I think it’s obviously the car that we have and the car that we know now for the whole season so far. So it’s not a surprise today.

“Obviously a P13 is not as exciting as P1, but I think we still tried to put everything together and this morning we looked like we wouldn’t make it to Q2 and we did with both cars. So, obviously, that’s not a success, but it’s everything that we could do today and it’s where we stand. So we’ll see what happens.”

“To be honest, it’s very difficult to find an explanation,” says Leclerc.

“Yeah, it’s a big step back. We need to try and find the main issue to try and address it. I think everyone in the team needs to keep their heads up, even though it’s very difficult in tough times like this. I can also understand the fans at home that are very disappointed. It’s understandable. But yet, us drivers all try to make the best race possible tomorrow, even though we can’t expect any miracles.”