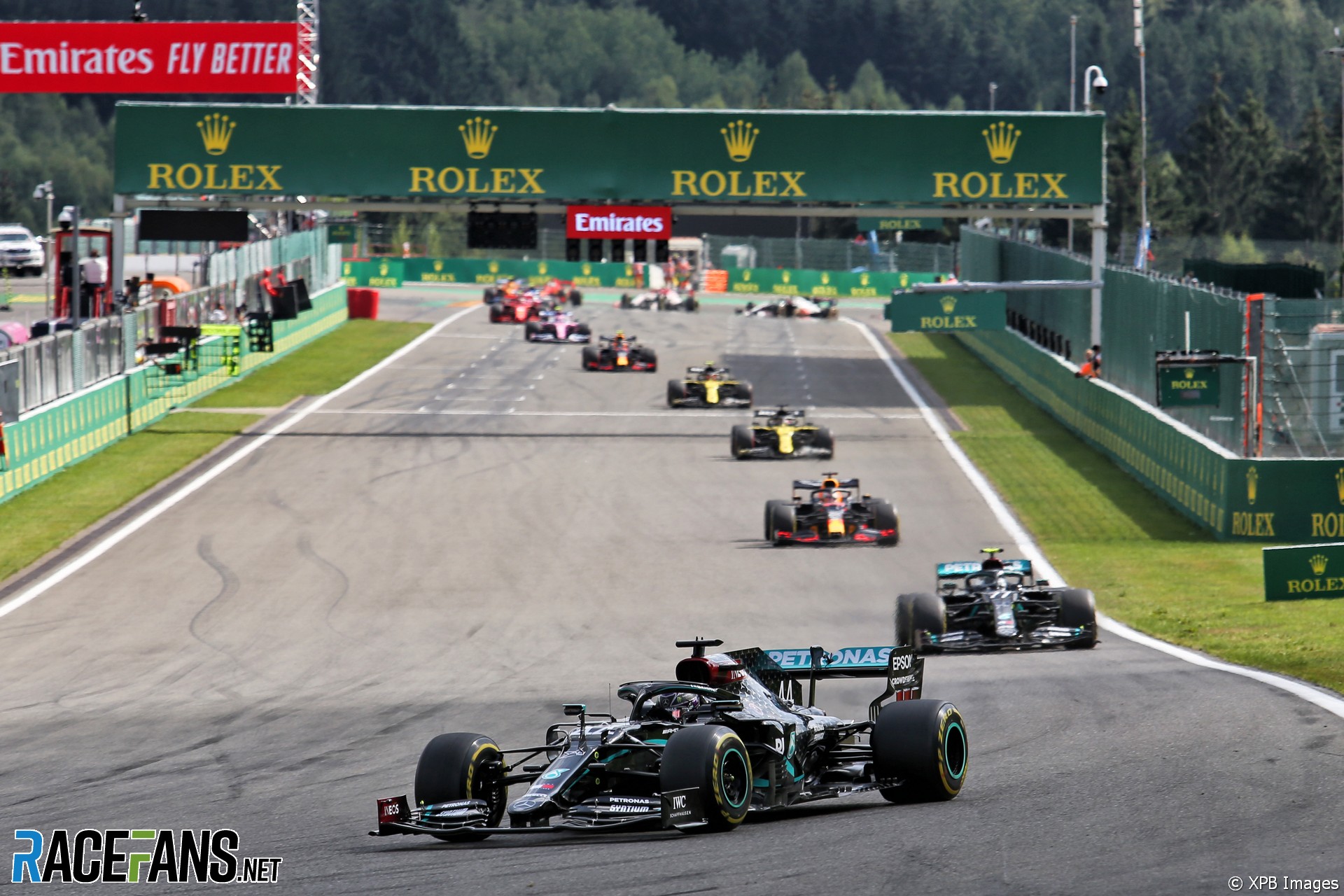 Lewis Hamilton said the wind blew in his favour during the Belgian Grand Prix and helped him keep team mate Valtteri Bottas behind.

The Mercedes driver kept his lead through the long, flat-out runs towards Les Combes at the start of today’s race. Hamilton said the drivers chasing him, led by Bottas, would have had a greater advantage from his slipstream had the wind been blowing in its usual direction.

“Today we were lucky because in previous years we’ve had a headwind into turn five [Les Combes],” Hamilton explained. “So you were obviously more draggy, the car behind gets a better tow. This weekend there’s a tailwind so that really helped in keeping Valtteri behind.”

Hamilton said a slightly slow exit from the La Source hairpin on lap one also made it more difficult for Bottas to pass him.

“On the start itself I had a big snap out of turn one and Valtteri was all over me. And as I had wheelspin I had a de-rated shift as well. So that wasn’t particularly exciting.

“So I already had to block coming out of turn one. The goal is to go in in the lead and then bridge a gap to the car behind.

“But in this instance it worked out to my benefit, to be honest, the mistake – well, not a mistake, the snap, it’s just the tyres, the way they are. It meant that Valtteri didn’t have a gap behind to slingshot alongside me. That was definitely a stressful moment of the race.”

A Safety Car period in the race gave Hamilton’s rivals another chance to attack him.

“At the restart, it’s horrible when you get the Safety Car,” he said. “I’m glad that everyone’s safe but controlling it at the front, trying to bridge the gap on the restart to the car behind – because that’s another opportunity for them to slipstream you – is not easy.”