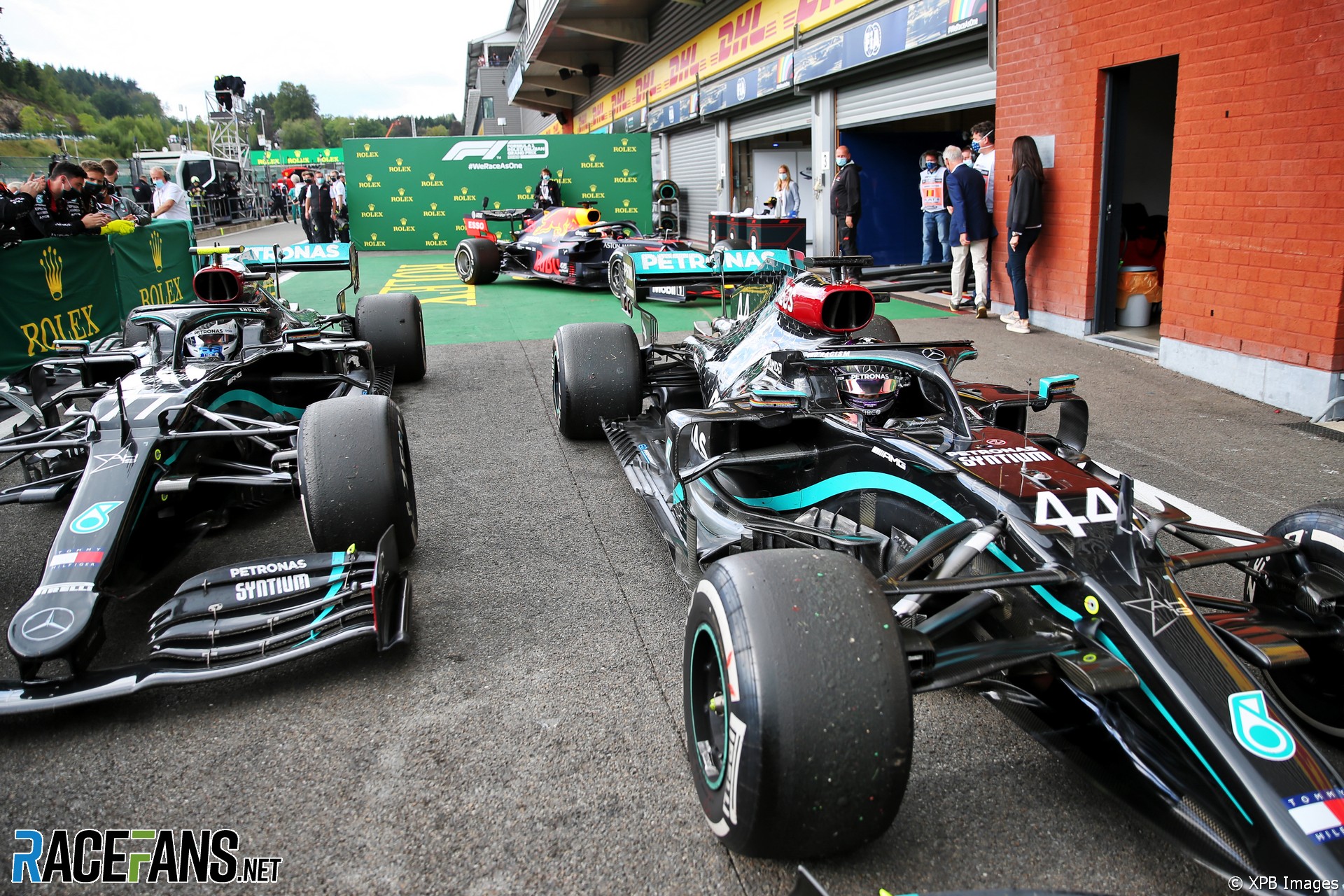 Mercedes have explained a radio message from Valtteri Bottas during the Belgian Grand Prix in which he expressed surprise at being told not to use an engine mode to attack team mate Lewis Hamilton.

Early in the race, while following Hamilton, Bottas was reminded to select the setting “HPP one set position four” on his steering wheel. He was told not to use mode “one” because the Mercedes drivers had “agreed not to use it against each other”.

“I don’t remember that,” Bottas replied.

Team principal Toto Wolff said the drivers had been given instructions to reserve the last available use of their highest power engine mode in case they came under attack from a rival, such as Max Verstappen.

“There’s no rules in place between the two drivers,” said Wolff. “They are allowed and free to race.

“In the morning we agreed and discussed that, we obviously have a limited amount of overtakes and that we would try not to use them against each other, or the last one against each other, because there’s always the risk of needing it against Max or any other car.

“So this is what we were referring to and Valtteri, obviously, this was maybe a miscommunications between him and some of the guys. And that’s why we reiterated it.”