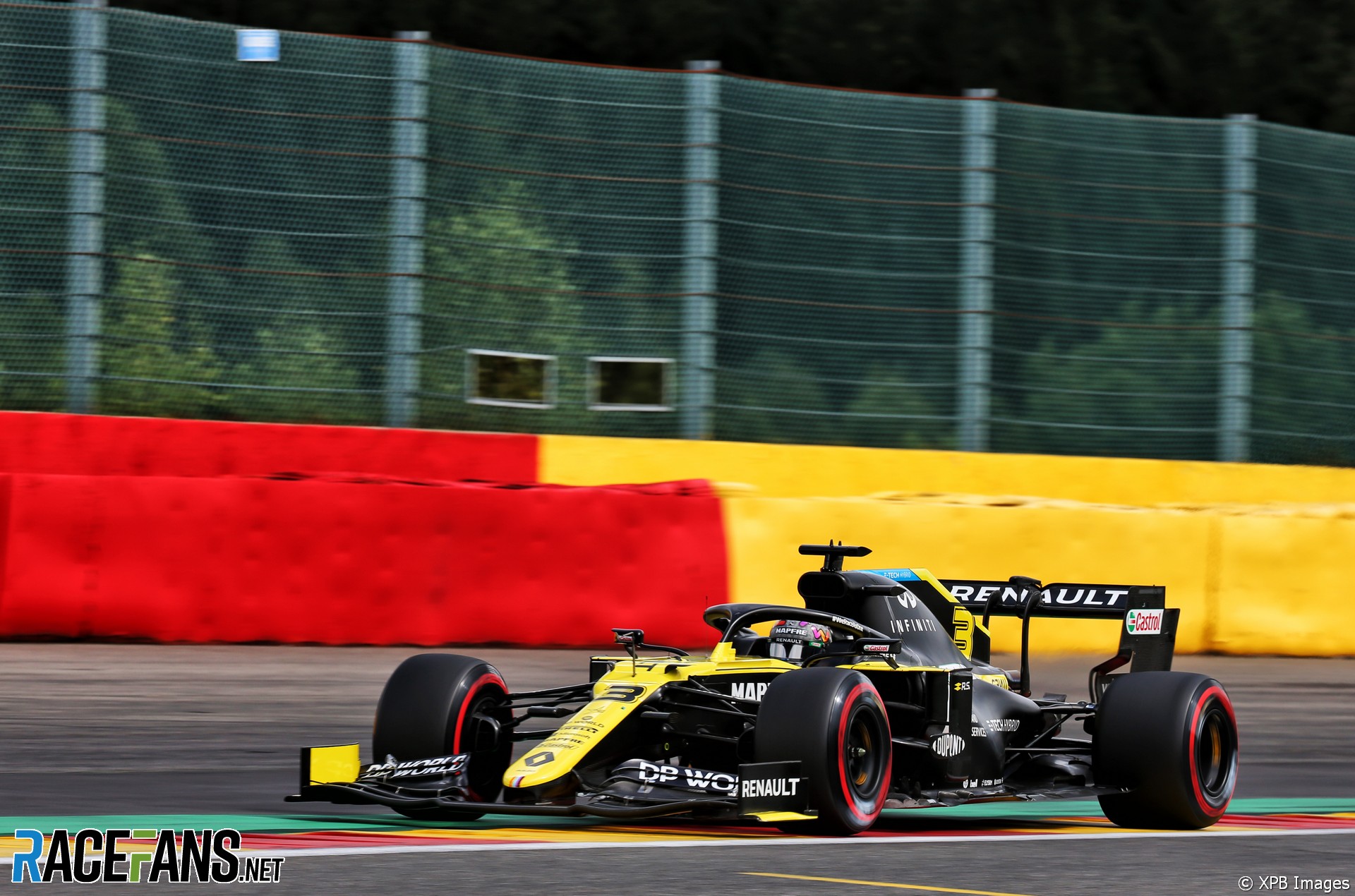 Renault secured their best grid positions of the season so far with Ricciardo qualifying on the second row of the grid, splitting the two Red Bulls of Max Verstappen and Alex Albon, and ahead of team mate Esteban Ocon in sixth.

“It’s been a really good weekend so far,” said Ricciardo. “I feel like for whatever reason, the car seems a bit more happier with a little bit less load on it.

“Obviously, you can’t run this low around a circuit like Barcelona, but when we do come to these more high-speed, flowing circuits, it just seems like it’s in a better place with a smaller rear wing. I think even if we had a bit more wing to choose from, I think we’d probably still stay on this one for this track. It’s working well.”

Ricciardo anticipates Renault will back up their pace around the Spa circuit next weekend when the championship heads to Monza, another power-sensitive track, for the Italian Grand Prix.

“Coming into Monza next week, I think we can expect to be competitive again,” Ricciardo says. “Obviously, when we go to some, let’s say, high downforce tracks, I don’t want to to say we’re going to struggle more, but we’ve got a bit more work to do on those layouts.”

Following the announcement F1 will race on the Bahrain International Circuit’s outer configuration for the Sakhir Grand Prix later this year, Ricciardo anticipates the layout will favour Renault’s car.

“I grew up a NASCAR fan so I’m pretty excited,” explains Ricciardo. “It’s probably the closest thing we’ll get to running an oval, unless we head back to Indianapolis or something.

“But if it encourages us to run low-downforce again, as we’ve got here and then coming into Monza and that – I think it looks it looks attractive. But even with that aside, I think it’s cool that they’re changing it up.”