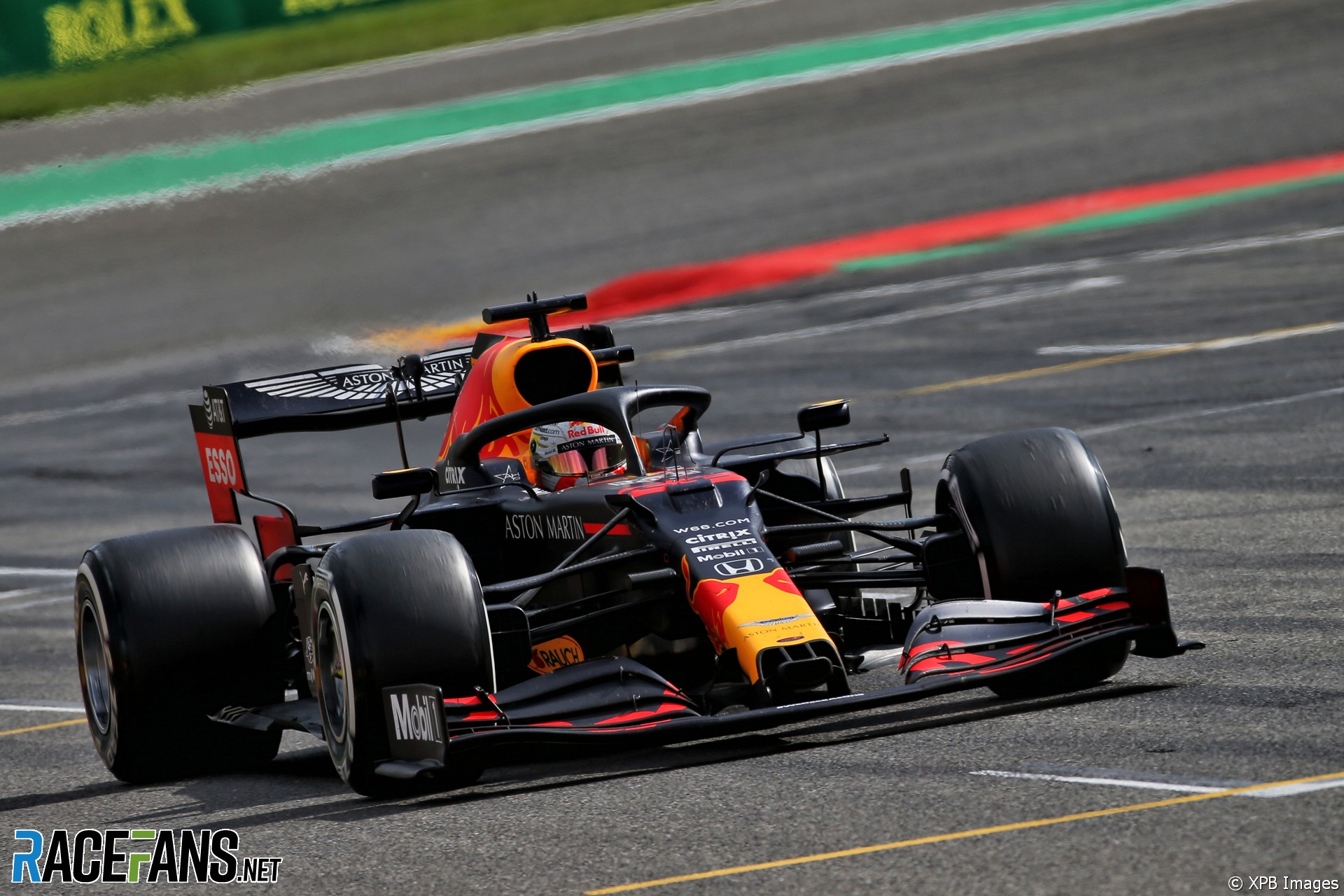 Max Verstappen described how he backed off over the final eight laps of the Belgian Grand Prix over concerns he would not be able to make his tyres last until the end of the race.

The Red Bull driver finished third behind the two Mercedes of Lewis Hamilton and Valtteri Bottas after a 33-lap second stint on hard compound tyres. Verstappen believes he was at risk of developing a puncture despite nursing his car home over the closing stages.

“We just had no tyres left,” says Verstappen. “I think I was very close to a puncture.”

“We ran out of tyres at the end. So for the last eight laps I was backing it out, saving the front tyres. It was not really enjoyable out there today. On the mediums, I didn’t really have a lot of grip and then on the hard tyres I was initially trying to put pressure on Bottas but then they told him to speed up and I couldn’t keep up.”

Verstappen was the only driver to keep touch with the Mercedes out front, but fell more than six seconds behind Bottas in the closing laps as he tried to conserve his remaining tyre life.

“It was pretty boring, to be honest,” Verstappen admitted. “Not really interesting. Not much to do. I couldn’t really keep up with them when they were pushing.”

The Red Bull driver says the team opted against a late second pit stop for new tyres due to the threat posed by Daniel Ricciardo’s Renault behind him.

“I was not sure with [Renault’s] top speed whether it would’ve been easy to pass them, so we decided to just stay out,” explains Verstappen. “It was probably a good weekend for Renault.

“But we finished third. I don’t think any more than that would’ve been possible today. Okay, maybe it wasn’t the most satisfying third, but it’s still better than nothing.”

While Verstappen maintains second in the drivers’ championship, the Red Bull driver is now 47 points adrift from Hamilton.