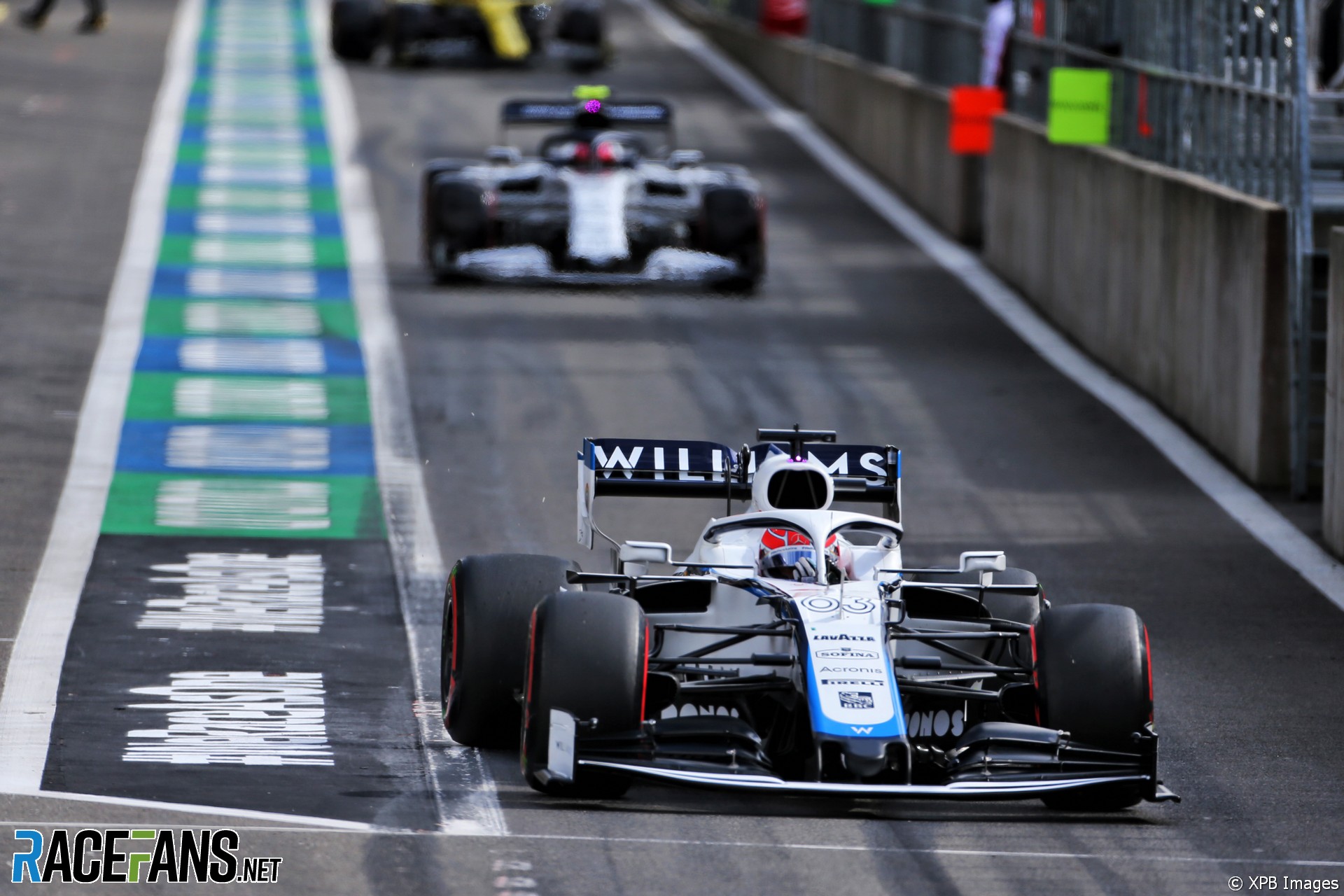 It can be no coincidence that the sale of Williams was announced within days of all 10 teams signing up to the 2021-25 Concorde Agreement, for that provided the eventual bidders for the team with the security that the third-oldest outfit on the grid could participate in the F1 world championship and enjoy the full benefits while doing so.

The sellers had another ace to play: The verdict handed down by the stewards in the Renault versus Racing Point matter triggered renewed determination at FIA level to preserve the independent team model rather permitting widespread ‘photocopy engineering’. While a considerable amount of goodwill is attached to the Williams name, the real jewels are a fully-fledged racecar construction factory and the right to F1 entry.

Although the sale of Williams is the second F1 transaction in as many years – the last being that of Force India in August 2018 – the latest deal contrasts markedly in every significant aspect from that sale. Racing Point acquired only the assets of the team fronted by the flamboyant Vijay Mallya and did not acquire the operation as a going concern.

In terms of F1’s covenants, that meant the pink team had no automatic right of entry, which necessitated an emergency ‘new team process’. According to various parties – including Haas – Racing Point should have no rights to historical revenues on account of effectively being a new company.

Where the Force India ‘sale’ was messy from its forced start to hurried finish, with legal processes and arbitration hearings still ongoing, the Williams transaction was packaged neatly and tidily: Review processes preceded due diligence, during which time potential bidders were vetted until a shortlist of five eventuated.

According to Dorilton’s website, the private fund invests in middle market businesses with EBITDA (earnings before interest, tax, depreciation and amortisation) of $5m-$25m. Given its interests in the engineering sector, Williams is an obvious fit.

Plus, after last year’s sale of a 75% stake in subsidiary Williams Advanced Engineering last year, group debt was written down substantially. After the sale Williams Grand Prix Holdings PLC retained 100% of Williams Grand Prix Engineering and 25% of WAE, together with freehold of the Grove campus – a portion of which is leased long-term to WAE – and the all-important F1 team entry attached to the original company registration (01297497, incorporated February 8th 1977). Crucially, that entry entitles the team to a share of F1’s billion-dollar revenues.

Effectively it is these assets which will be reversed out of WGPH and transferred to Dorilton/BCE once the sale is completed and proceeds distributed to shareholders, permitting the holding company to self-liquidate ahead of de-listing from the Frankfurt Stock Exchange. A neat solution, which explains how the sale was agreed within days of negotiations having commenced, rather than weeks or even months.

The enterprise value of €152 million (£135m) includes debt of approximately €35m (£31.2m) leaving €112m (£100m) for distribution amongst shareholders after costs. Sir Frank Williams holds the largest slice at 51%, with American healthcare entrepreneur Brad Hollinger has 12%. Former Williams technical director Patrick Head holds 8% and Mercedes F1 boss Toto Wolff a sliver under 5%, with the balance split between 21% FSE free float and 3% in an employee trust. (These percentages have been rounded up.)

In announcing the deal, Claire Williams stated her family had sought a buyer who would provide a secure financial footing and respect the team’s heritage, adding, “In Dorilton we know we have found exactly that. People who understand the sport and what it takes to be successful. People who respect the team’s legacy and will do everything to ensure it succeeds in the future. As a family we always put our team first.”

Crucially, the ownership structure of Dorilton/BCE and the identities of those now behind the takeover of one of the sport’s most successful teams has not been divulged.

The company’s LinkedIn page reveals the wealth fund invests in businesses on behalf of a single family, which our sources suggest is British. Further questions in this regard have consistently been met with stonewalling, although Claire William’s comment that they are “people who understand the sport” points to a previous link with F1.

Indeed, one of our sources alluded to previous connections with the Williams family, telling RaceFans that the investors were interested only in Williams, and not any other F1 team which may have been on the market. “A targeted purchase,” he said, adding that there was a historical link to team founder Sir Frank Williams himself.

Intriguingly, Dorilton was advised by Eden Rock Group, a London-based investment management company headed by James Matthews, the now-41-year-old 1994 British Formula Renault champion and F3 driver (both with Manor Racing). In 2017 Matthews married Pippa Middleton, sister to the Duchess of Cambridge, making him brother-in-law to Prince William, second in line to the British throne. Various profiles place Matthews in the multi-billionaire bracket.

This is not the only motor racing connection. Matthews’s father David, Laird of the 10,000 acre Glen Affric estate in Scotland, is an ex-saloon car racer once married to Anita Taylor. She was a star racer of the sixties and sister to Trevor Taylor, Jim Clark’s F1 team mate at Lotus. Thus, the Matthews and Williams clans most certainly crossed paths, while James would have been on the Williams-Renault radar in 1994.

There is a further connection. Apart from Matthews, whose family owns the ultra-luxury Eden Rock Hotel in St Barts (hence the name of the hedge fund) Dorilton availed themselves of the advisory services of Graeme Lowdon, ex-Manor F1 CEO and thus connected with Matthews through the team connection. Lowdon, who has been linked to various start-up teams since the demise of Manor, did not respond to requests for comment.

While a RaceFans source did not discount the possibility of Matthews and/or Lowdon forming part of a syndicate with Dorilton/BCE, there are no suggestions that either of their families control Dorilton. However, the presence of two wealthy motorsport entrepreneurs in the background opens up intriguing scenarios, particularly in view of a possible royal connection.

Could Lowdon, for example, return to F1 in a senior capacity with Williams? Might Manor founder John Booth head up Williams? Time will tell, just as it will eventually reveal the identity of the family behind Dorilton – and thus the identity of the new owners of Williams, the last truly independent F1 team.

11 comments on “Who are the mystery buyers now in charge at Williams?”