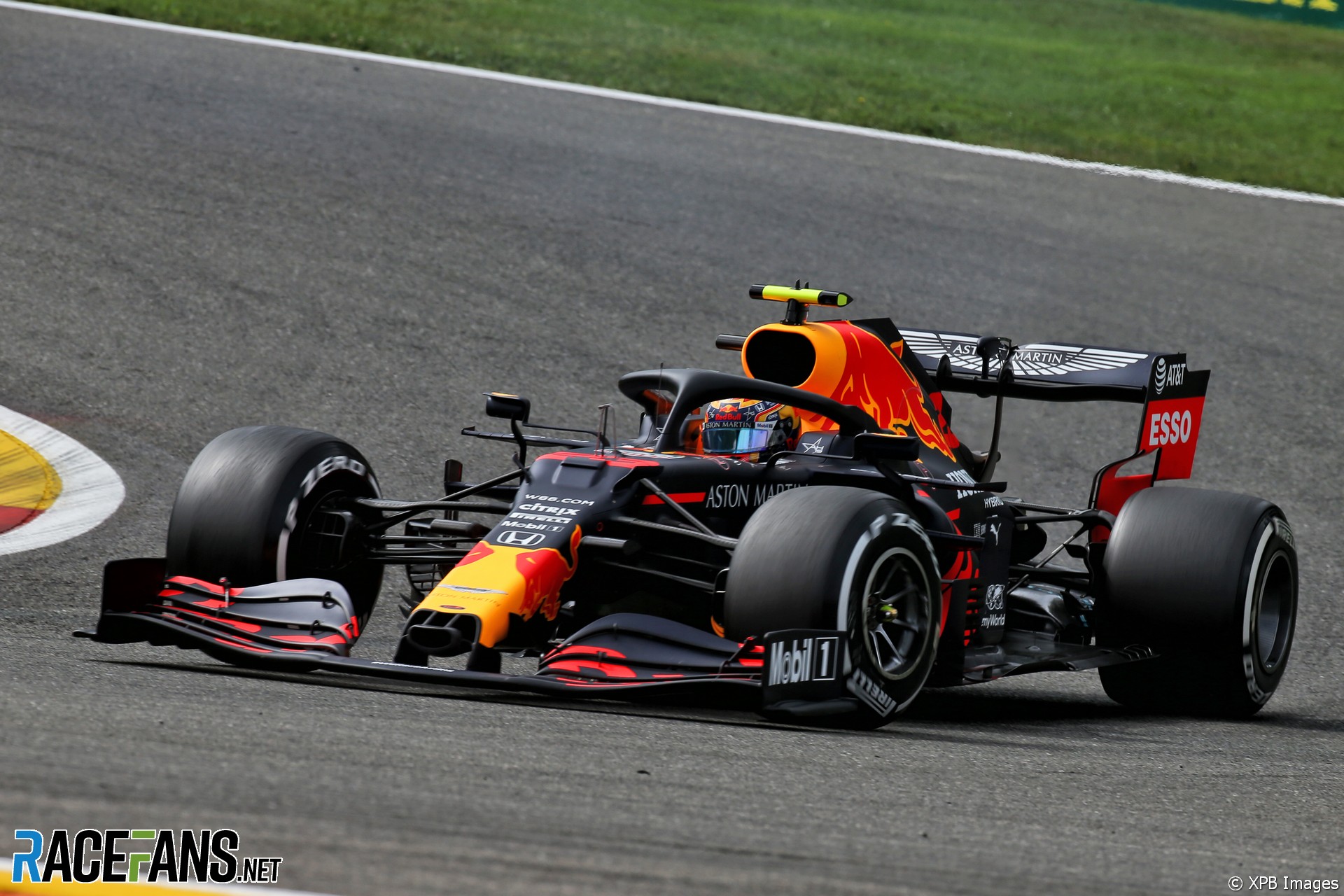 Red Bull team principal Christian Horner says the RB16’s behaviour in low-fuel trim during qualifying is exaggerating the difference between its drivers.

Alexander Albon has been consistently in the region of half a second slower than Max Verstappen in qualifying this year. But Horner said Albon has proved his potential with his strong race performances and the role he plays in developing the car.

“Alex’s feedback is actually very, very strong,” said Horner in an exclusive interview for RaceFans. “His work ethic is very high and he’s talking about all the stuff the Max is.”

Albon is “affected” more by variations in the car’s handling, “particularly in low-fuel runs”, according to Horner.

“So I think as we improve the car for Alex it will naturally improve for Max as well. The car is actually very difficult to drive particularly on low fuel at the moment. And that’s where the difference is exaggerated between the two drivers.

“On race pace obviously Alex is quite a bit closer and he’s driven some great races this year. So I think hopefully as we improve the car the drivers will also converge.”

Albon’s growing experience will also reduce the gap between the pair, Horner added.

“You’ve got to remember Alex has only done a year and a half of Formula 1 racing, not even that,” he said. “So I’m confident that there’s a lot more to come from him.”

Red Bull Junior Team member Yuki Tsunoda is due to test for AlphaTauri at the end of the year. Horner said the driver, who won last weekend’s Formula 2 feature race, is making a case for a promotion to Formula 1.

“So he’s an exciting young talent regardless of his nationality or that he’s a Honda youngster or a Red Bull youngster. He’s doing all the is he should do to deserve a seat in Formula 1.”