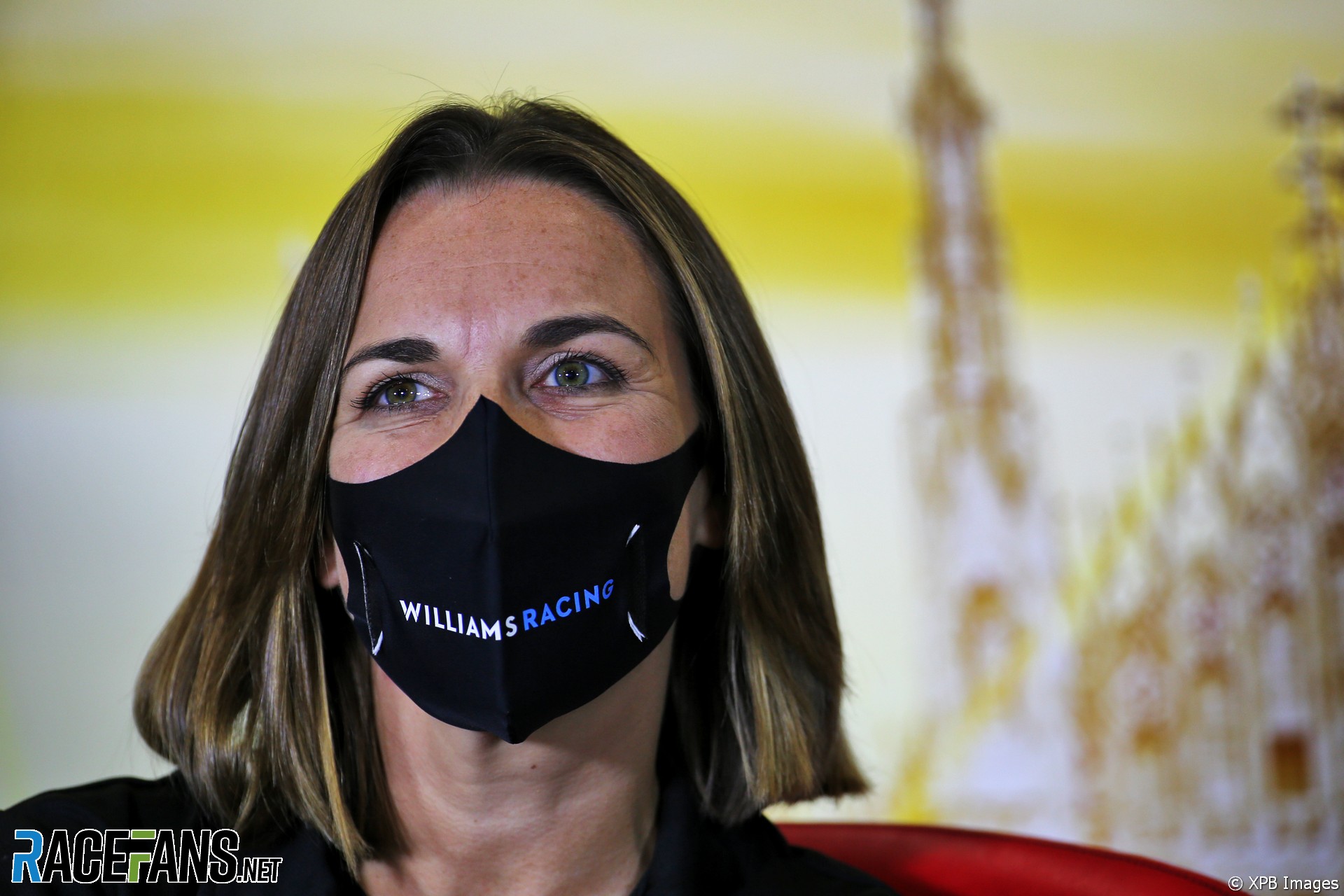 Williams deputy team principal Claire Williams revealed had an offer from its new owners Dorilton to remain at the team.

However Williams decided against staying, and will leave the team following this weekend’s Italian Grand Prix.

“There were a lot of rumours swirling around in Spa about my tenure within the team,” said Williams. “Dorilton, I’d like to make it clear, wanted me to stay. This was my decision. I felt that it was the right choice for me to step away.”

“Obviously they’re in the business already, they’re doing their due diligence, they’re reviewing the capabilities and they’re looking at what they can do in order to invest into the business. And I will be helping them with that to advise that over the coming weeks.”

The team, which was founded by Sir Frank Williams in 1977, confirmed yesterday his family will no longer be involved in running it after this weekend. Williams thanked her competitors and the team’s fans for the support they have received.

“I would just like to say an enormous thank you for all the support that we have received since making the announcement. I think we felt quite overwhelmed by it.

“Williams has obviously contributed, I feel a huge amount, to Formula 1. Certainly the legacy that Frank and Patrick [Head] leave behind, I think it’s nothing short of extraordinary what they have managed to achieve.