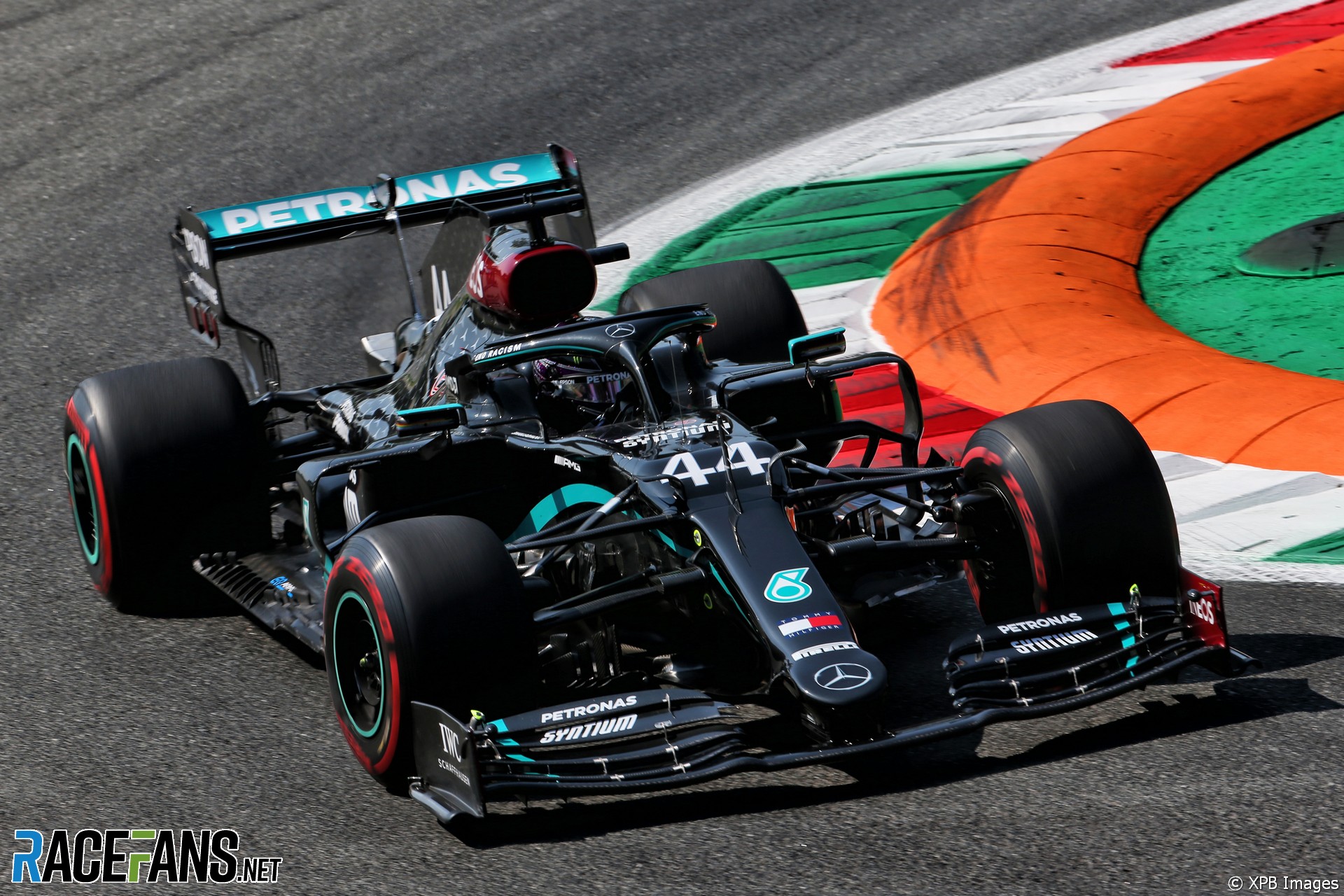 Mercedes set the pace in second practice at Monza, with only Lando Norris and Pierre Gasly able to get within a second of Lewis Hamilon’s session-topping lap time.

Valtteri Bottas made it a one-two for the W11s, which remained comfortably the class of the field.

Traffic was a concern for many drivers when they came to do their qualifying simulations halfway through the session. George Russell, going out for his first running at Monza this weekend after Roy Nissany drove his car during first practice, warned: “There’s going to be a shunt sometime, in all of this” as the drivers backed each other up.

The complications caused by drivers waiting to get a slipstream were seen at Spa last weekend and particularly at Monza 12 months ago. It continued today with many drivers complaining about traffic affecting times.

The other main concern of the afternoon was lap times being deleted for track limits violations. Charles Leclerc, one of many drivers to lose a lap time, said he wanted to review his onboard video to understand where he had transgressed.

Mercedes’ times continued to seem virtually unbeatable, with only Gasly able to get within a second of Hamilton and Bottas for almost the whole of the session. Gasly moved into third after the majority of cars ran qualifying simulations on soft tyres and remained there until the final moments of the session.

Engine problems confined Norris to the garage for much of the session. Having done only five laps apparently due to problems with his Energy Recovery System – Norris said on the radio there was “no deployment” – the McLaren driver emerged from the pits in the last five minutes and managed to get a well-timed lap to take third place.

Ferrari’s home grand prix woes continued. “This car is so difficult to drive” said Leclerc, who was the quickest Ferrari-powered driver in eighth. He ran wide at Lesmo 1 at one point, where team mate Sebastian Vettel spun. “The rear was nowhere already the two laps before,” Vettel explained on the radio, “I tried to lean on it.”

Verstappen took the fifth-placed time, followed by Sainz less than a tenth behind him in sixth. Daniil Kvyat and Lance Stroll stayed within a tenth of them but eighth-placed Leclerc was nearly two-tenths off and Sergio Perez another tenth back from him.

Alexander Albon, third-quickest in first practice, fell to 14th in the second session, nearly a second off Norrise.