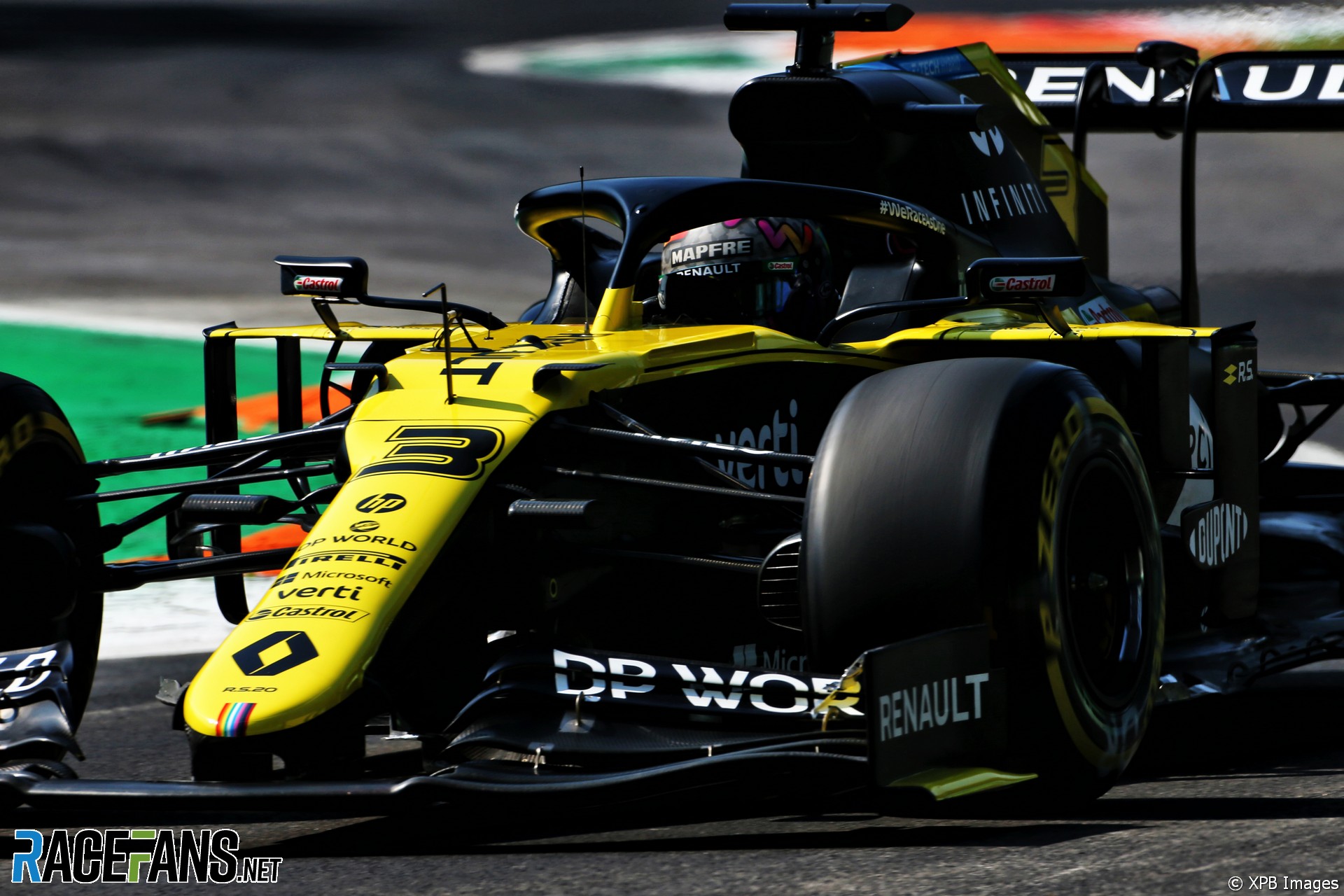 Renault managing director Cyril Abiteboul says he is “very concerned” about the potential outcome of the ban on ‘quali modes’ which is being introduced for this weekend’s Italian Grand Prix.

From this weekend, teams face new restrictions on how they can run their engines. These are intended to prevent them using high performance modes for short bursts during qualifying.

“My biggest concern of everything is, given the expectation that we set after Spa, to see what we are able to achieve in Monza.

“In particular with the qualifying modes that will go away. I’m very concerned that it could have actually the opposite effect of what people are expecting.”

Mercedes are widely believed to have the strongest power unit in Formula 1 and therefore may have the most to lose from the ban. While Renault’s performance has improved in recent seasons, Abiteboul says he would not be content to have the second best engine after Mercedes.

“I would be satisfied if I have the strongest engine full stop. Second out of four is not a sufficient achievement.

“But I think it’s very difficult to exactly know where things are standing. There is such a variation from one track to the next the way you operate also through the life of the engine.

“These things are monsters of technology and the more we push the more also we see new opportunities and that’s very exciting to see. At the same time it’s insane, the cost of the technology is absolutely insane.”

Abiteboul doubts the team will be quite as strong at Monza as it was last weekend. “I think that Spa was probably one of the best tracks from a characteristics perspective,” he said.

“Monza should be OK-ish. I’m not particularly excited of what have seen this morning. So let’s remain extremely focussed and continue the work and more importantly, let’s try to have a car that is a bit more consistent across different tracks. It’s only through that condition that we’ll be able to progress in the championship.”