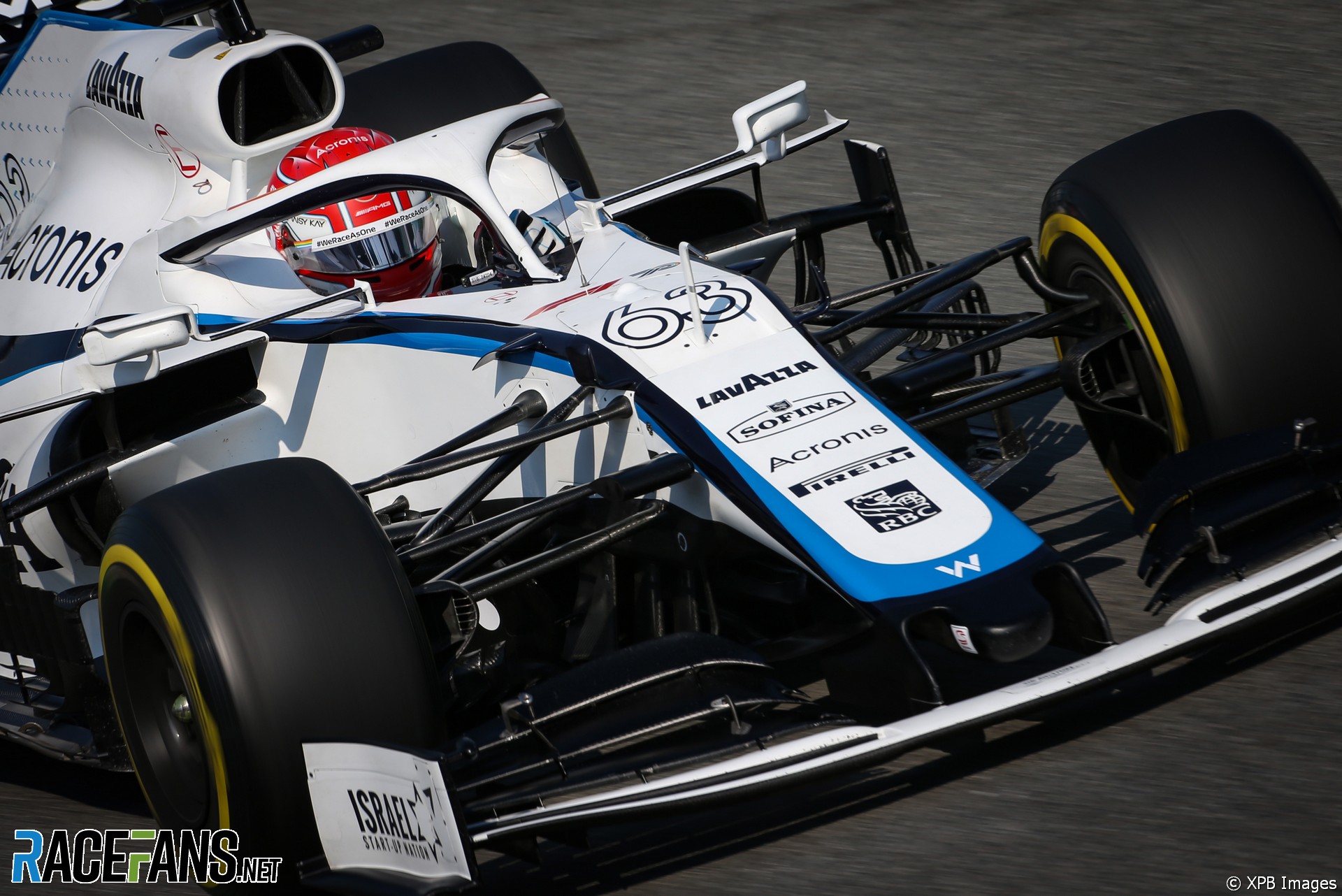 The word that came up again and again from drivers when asked for their expectations ahead of qualifying at Monza was, “mess”. And, a couple of times, “nightmare”.

There is real concern that with up to 20 F1 drivers all trying to benefit from a slipstream from a car ahead, a collision may be inevitable.

“The margins are very narrow,” said Sergio Perez. “It’s going to be a close competition tomorrow.

“It’s going to be tricky with everyone looking for a tow. It’s going to be a very messy qualifying. So we just have to be on it and try not to get caught out because it can end up being very costly.”

Others, such as Lewis Hamilton, were more stark in their warnings. George Russell also has serious worries ahead of qualifying.

“It’s going to be a nightmare,” said the Williams driver. “I don’t know what the FIA can do but it’s getting a bit ridiculous and pretty dangerous.

“You’ve got cars behind trying to overtake, cars ahead slowing down to let you by so you’re trying to look in your mirrors to look where they are. Cars are braking.

“There is definitely going to be a crash. But like I said I don’t know what they can do and I’m sure we’ll talk about it tonight in drivers’ briefing. I think you just need a bit of common sense really.”

On the face of it, if all drivers are seeking a tow and they all head out to qualify at roughly the same time, the problem should be manageable. The difficulty is the teams have different requirements for how they prepare their tyres, and therefore how quickly they need to go, and how slowly they can stand to go, on an out-lap.

From Saturday they will have to juggle that with the FIA’s imposition of a maximum time between the two Safety Car lines. In his note to drivers today Formula 1 race director Michael Masi indicated this is will be used as a “guide” to judge whether a driver has gone too slowly on an out-lap, meaning other factors could be taken into account.

It’s possible not all drivers and teams may seek out a slipstream. At Spa-Francorchamps, another circuit where slipstream is beneficial on a qualifying lap, Hamilton felt he could do without one and took pole position despite not having a tow. Will Mercedes feel that confident this weekend?

On the face of it, they may well do. Hamilton was almost nine-tenths of a second quicker than anyone in another car today. Despite the banning of ‘quali modes’, he may therefore feel similarly confident about his chances on Saturday.

The competition may be slightly slower than they appeared on Friday. Daniel Ricciardo had a 1’20.905 lap deleted for violating track limits, indicating he is clearly a contender for ‘best of the rest’ behind the W11s. And Pierre Gasly’s pace in the AlphaTauri surely indicates there’s more to come from the similarly-powered Red Bulls.

Enough for them to offer a serious challenge to the Mercedes? That seems like wishful thinking.

17 comments on ““There’s definitely going to be a crash”: F1 drivers concerned ahead of qualifying”