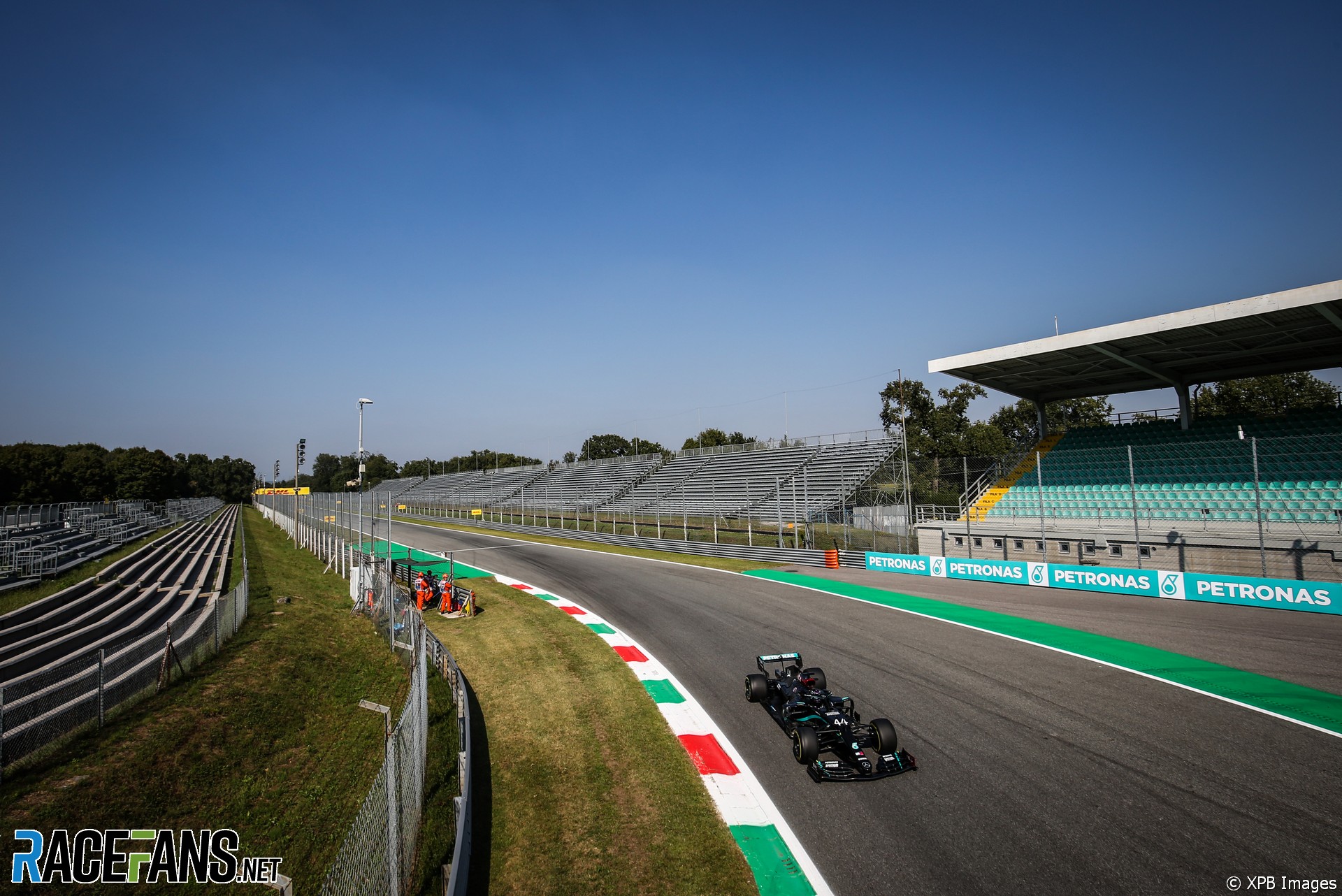 The record for the fastest lap ever driven in a Formula 1 car fell for the second time in three years today as Lewis Hamilton set a new track record at Monza.

The current configuration of the parkland circuit has now been unchanged, cosmetic tweaks aside, for two decades. Today’s V6 hybrid turbos are almost five seconds per lap quicker than the V10s which lapped the track 20 years ago, despite being almost 150 kilograms (25%) heavier.

That’s 164.267mph in old money, which provides a useful comparison in this case to one of the famous benchmarks of ultimate F1 performance. In 1985 at Silverstone Keke Rosberg became the first driver to officially lap a track at an average of more than 160mph.

That record stood until Juan Pablo Montoya broke in 2002. Like Rosberg, Montoya was also at the wheel of a Williams, albeit powered by a 3.0-litre BMW V10 rather than a 1.5-litre Honda V6 turbo.

The fact F1 has taken three-and-a-half decades to increase average lap speeds by 6kph is no reflection on the astonishing rate of technical development in the sport. Lap speeds have been deliberately constrained for safety reasons by changes to cars and circuits.

This latest step happened despite the banning of high-power engine ‘quali modes’. As teams will be running similar performance levels in tomorrow’s race, it will be fascinating to see whether they will be any closer to qualifying speeds than usual towards the end of the race when the fuel loads have dropped, particularly if anyone pits for a fresh set of tyres.

While Mercedes set the pace, three other teams have made bigger year-on-year improvements at F1’s fastest circuit. All three Ferrari-powered teams are slower, and Renault are fractionally off their 2019 pace as well. Ferrari are not only slower than last year, they lapped over a second off Raikkonen’s record-setting time from two years ago.