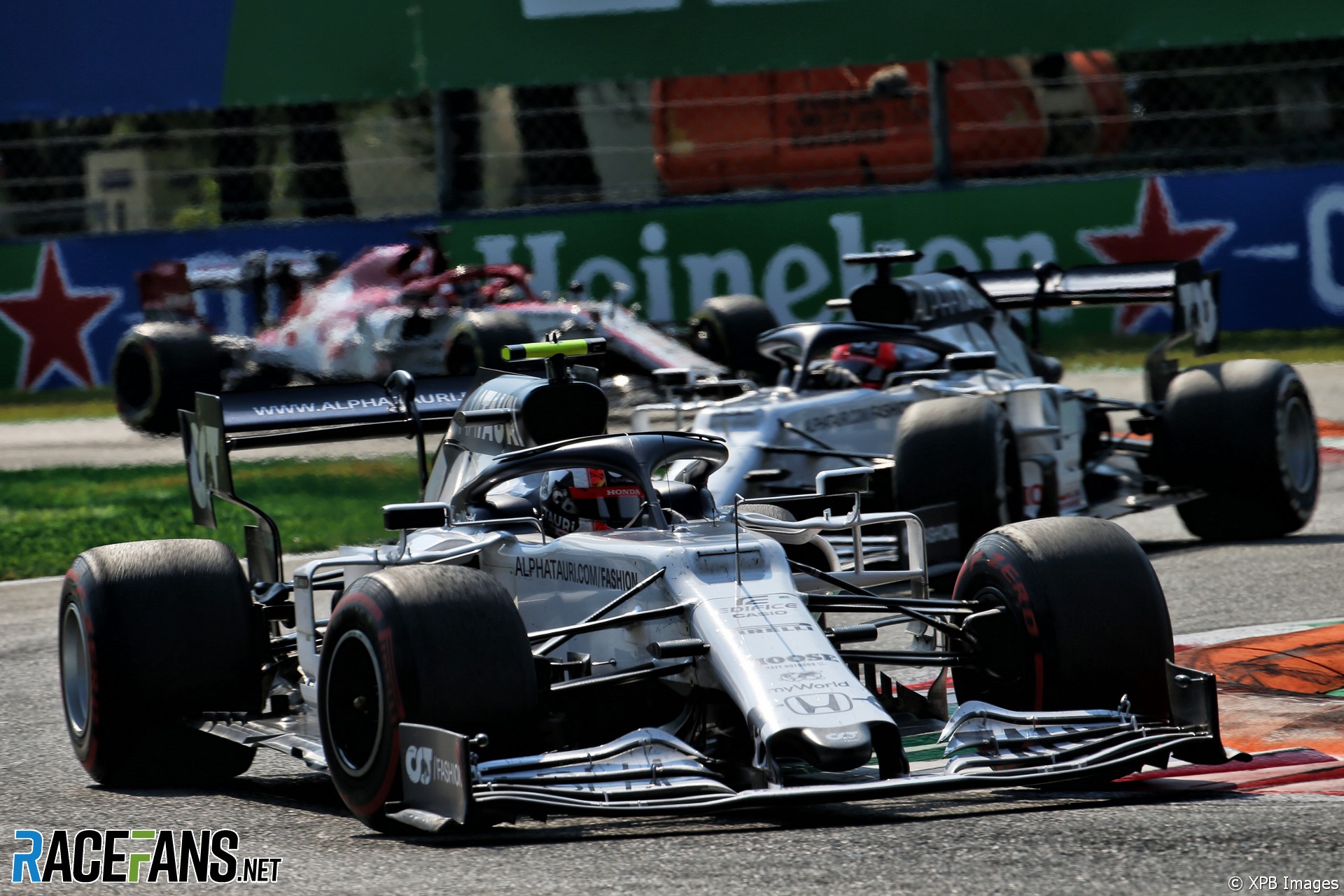 Pierre Gasly scored a shock win for AlphaTauri in the Italian Grand Prix, resisting pressure from Carlos Sainz Jnr over the final laps of the race.

The pair found themselves in a battle for the lead after early leader Lewis Hamilton was given a 10-second stop-go penalty for a pit lane violation.

Hamilton led the opening stages of the race comfortably from pole position. But his victory hopes were ruined when he pitted during a Safety Car period, triggered by Kevin Magnussen’s retirement, despite the pit lane entrance being closed.

Both served their penalties after mid-race stoppage prompted by a heavy crash for Charles Leclerc. The Ferrari driver lost control at the exit of Parabolica, smashing his car against a barrier, which required repairs before the race could restart.

Following a second standing start, Hamilton immediately headed for the pits. That handed the lead of the race to a group of drivers who hadn’t pitted during the initial Safety Car period, and changed their tyres during the red flag period.

Gasly emerged ahead the head of that queue. But behind him Sainz moved into second place, and closed down his lead over the final laps. The pair were nose-to-tail as they started the final lap, but Gasly clung on to claim an unexpected victory.

Lance Stroll completed an unlikely podium for Racing Point after losing several places at the restart. He was followed home by Lando Norris in the second McLaren.

Valtteri Bottas collected fifth place. The other Mercedes driver had got away poorly at the start, and struggled to make headway in the midfield.

Hamilton recovered to seventh, just two places behind his team mate, the pair separated by Daniel Ricciardo. Esteban Ocon was eighth in the other Renault. The points places were completed by Daniil Kvyat and Sergio Perez.

Sebastian Vettel was ther race’s first retirement, due to brake failure, on a desperately poor day for Ferrari.