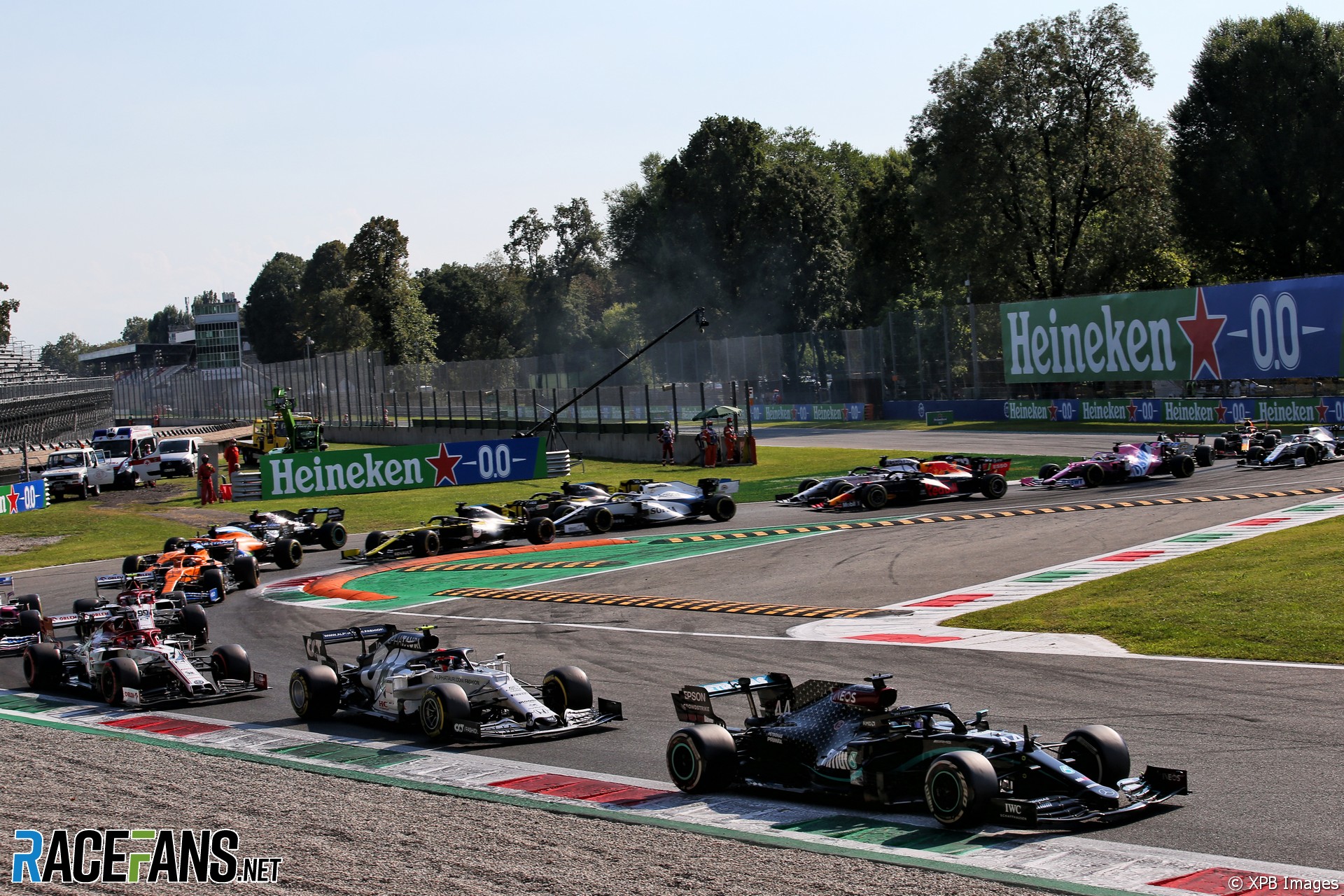 Brawn unsuccessfully tried to introduce reverse grid sprint races for three rounds of the 2020 F1 season. He revealed the Italian Grand Prix was one of the events which the format was under consideration for.

“Monza was a candidate for a reverse grid sprint race when we were considering testing the format this year,” said Brawn. “Unfortunately, we could not move forward with it, but the concept is still something we and the FIA want to work through in the coming months and discuss with the teams for next year.”

Brawn’s attempt to introduce reverse grid races this year was thwarted as the unanimous support of the teams was required to introduce it. Two teams, Mercedes and Racing Point, opposed the plan.

However changes to Formula 1’s governance process following the signing of the new Concorde Agreement means unanimous agreement is not required to introduce reverse grid races for the 2021 F1 season.

At this point in the year, in order to approve new rules for next season, a ‘super majority’ of 28 out of 30 votes is needed. The 30 votes are shared between the FIA and Liberty Media, which have 10 votes each, plus one for each of the 10 teams.

Brawn said Sunday’s race “showed the excitement a mixed-up pack can deliver.” Lewis Hamilton fell to the back of the field after he was given a 10-second stop-go penalty for entering a closed pit lane.

“With next year’s cars remaining the same as this year our fans could be treated to the similar drama we saw this weekend at Monza,” Brawn added.

Many Formula 1 drivers have criticised the plan to introduce reverse grid sprint races. Sebastian Vettel called the proposal “complete bullshit”, Lewis Hamilton said those behind it “don’t really know what they’re talking about” and Max Verstappen warned such changes would make F1 “artificial and fake”.

Brawn believes that if reverse grid races were introduced, teams would ensure their cars are better tuned to run in traffic and overtake each other.

“With a reverse grid sprint race, teams will set their cars up differently. Right now, Mercedes set their cars up to achieve the fastest lap and then to control the race from the front. If they know they have to overtake, they will have to change that approach.

“We will continue to evaluate new formats with the aim of improving the show but always maintaining the DNA of Formula 1.”