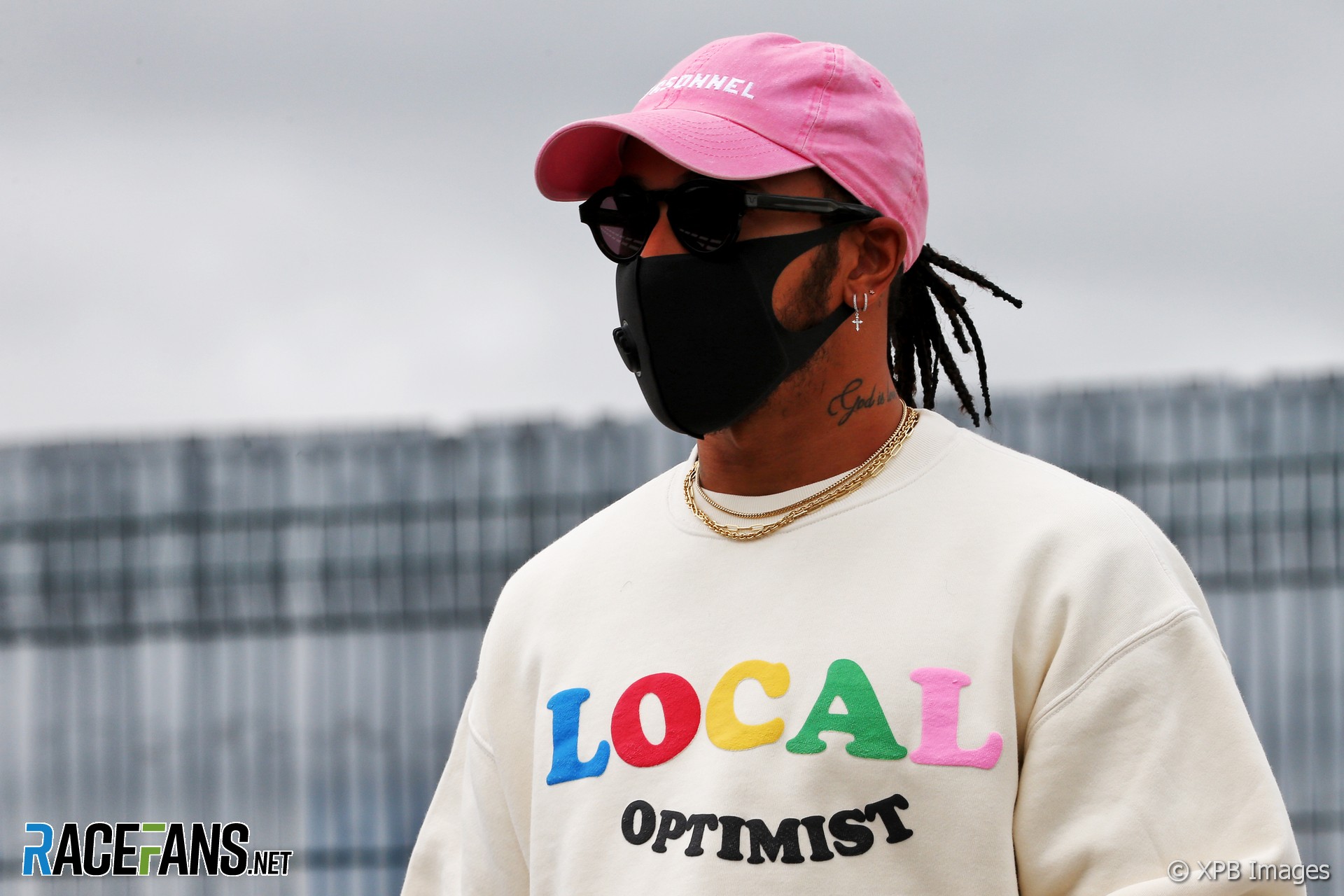 Lewis Hamilton has announced he will enter his own team in the new Extreme E series which will begin next year.

However the six-times Formula 1 world champion said he “won’t be operationally involved in X44” due to his “ambitions and commitments with Mercedes in Formula 1”. Hamilton’s contract to drive for the team expires at the end of this year, but he is expected to re-sign for 2021.

Extreme E is a new series created by Formula E founder Alejandro Agag. The series will pit all-electric 550bhp Sports Utility Vehicles against each other on a series of remote locations.

Hamilton said he was attracted to the championship because of its focus on raising awareness of environmental concerns.

“Every single one of us has the power to make a difference, and it means so much to me that I can use my love of racing, together with my love for our planet, to have a positive impact,” said Hamilton.

“Not only will we visit remote locations facing the front line of the climate crisis, we will also work closely with these locations and leading climate experts to share our knowledge and leave behind a positive legacy in each location which goes far beyond the race track.”

Under Extreme E’s rules, Hamilton’s team will name one male and one female member of its two-driver squad. Rival entries already confirmed include top American teams Ganassi and Andretti, plus HWA and Techeetah.

Agag said Hamilton “is hugely passionate about motorsport, but also shares our belief that we can use sport to highlight subjects which are vital to the world, such as climate change and equality.

“Lewis is one of the most successful drivers of all time, and we’re all excited to see how his X44 team performs on and off the race track under his incredible guidance.”