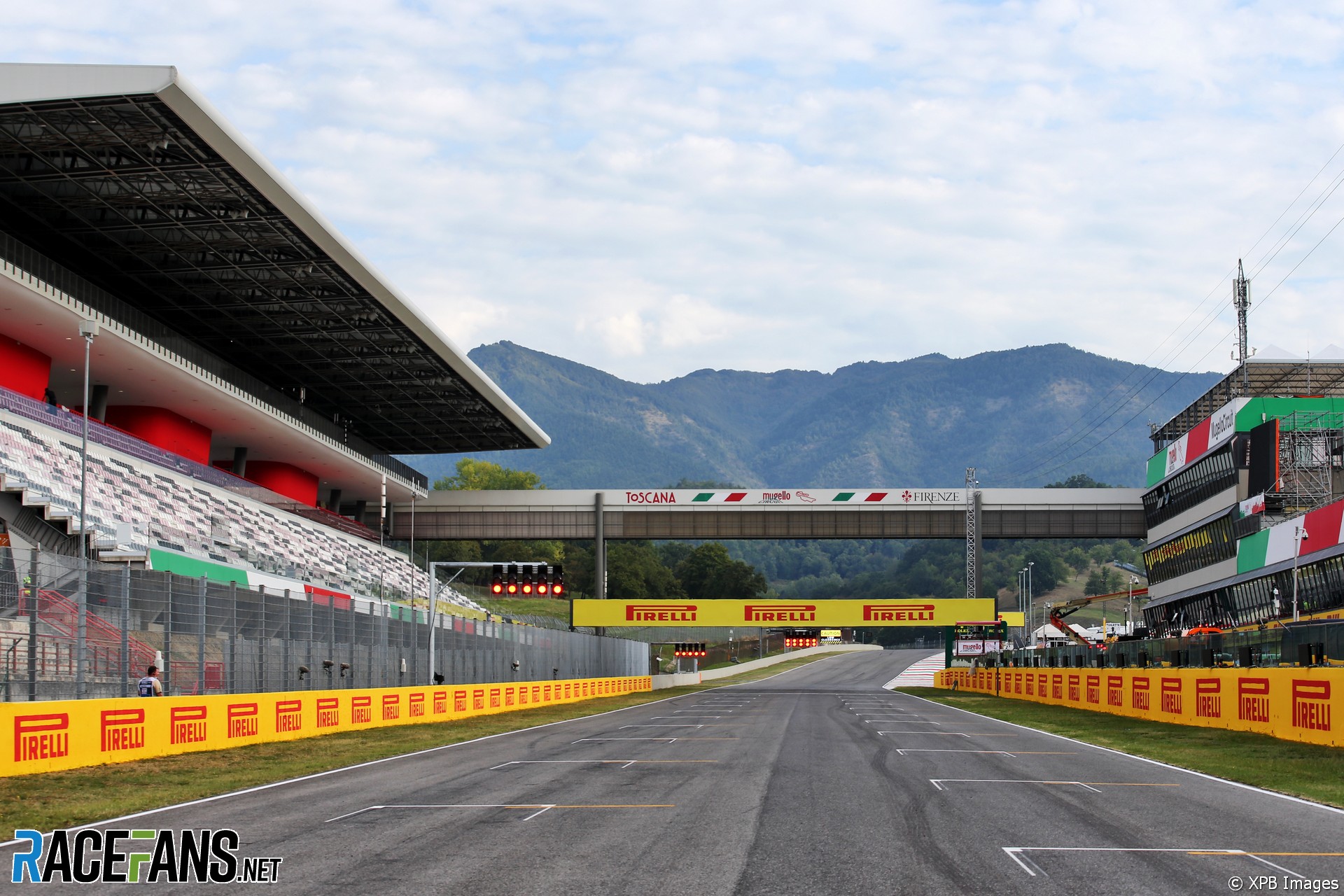 Formula 1 won’t race at the much-loved Suzuka circuit this year, as Japan’s round of the world championship was one of many to be cancelled due to Covid-19.

But could the demanding curves of Mugello, which will hold its first round of the world championship this weekend, prove the next-best thing?

The Tuscan circuit opened in 1974. Its 15 corners have been largely unchanged since, though in 2011 it was reprofiled in several places, largely to aid drainage.

The resurfacing project was handled by Dromo, who have since worked on several other Formula 1 circuits including Sepang, Silverstone and the extensively re-profiled Zandvoort which the series was supposed to return to earlier this year.

“Mugello is really something,” enthused Dromo owner Jarno Zaffelli in an exclusive interview for RaceFans. He had a chance to watch F1 cars test at the circuit in 2012, but the latest generation of machine will be significantly faster.

Official tyre supplier Pirelli has selected its hardest rubber, as it regularly does when F1 visits Suzuka, because of the high cornering forces anticipated. Mercedes predicted minimum cornering speeds of at least 200kph at nine of its 15 corners.

“At Mugello we have asphalt that is quite old,” says Zaffelli. “We did it in 2011, the first one that we did. So it is worn asphalt with a lot of load because it’s very fast. Arrabbiata first and second [turns eight and nine], they will be insanely fast. So a lot of loads on tyres.”

While some of the current drivers on the grid were at that test in 2012, and others raced there in junior formulae, none have the same regular experience of it in current F1 cars that they do at other circuits. That will also be the case when they race at Autodromo do Algarve and other venues later in the season.

“We will see a different way of driving at those circuits,” Zaffelli predicts. “When you have a normal calendar of 22 races, 14 or 15 of those tracks are basically done with the same concept in mind: aerodynamic, lap time and the hairpins are good, this is the concept.

“Now this year, in 17 races, half of that will be actually relying on different stuff. They’re relying on old-school tracks.

“There is not one [person] that made all the designs, they are coming from all different perspectives, all different heritage. Coming from road circuits like, for example, Imola, which was roads connected between each other in the seventies and then became permanent.

“Or a purpose-built circuit but designed in the sixties – Mugello, like Suzuka was. The same concept that you can see in Suzuka you can find it here today in few tracks. Mugello is one of those.

“Zandvoort is another one. Spa to some extent, even if Spa is actually a track more modern as a concept because of the long straights and aerodynamics.”

Mugello’s high-speed nature, limited run-off and restricted sight lines into several of its corners will make it more of a challenge, says Zaffelli.

“Normally the engineers are dealing with the data from tracks that are, let’s say, easy to learn, to feel, to see, because they don’t have blind corners. As the track is more difficult, the [more the] driver is making a difference.

“So if Lewis Hamilton is faster than the others nowadays and we are saying he probably is the best driver in this era, it’s because he’s also the faster one to understand this kind of stuff.”

Drivers will have the usual three practice sessions to adjust to the new challenge of Mugello, starting tomorrow. But that won’t be the case when they visit another unfamiliar track, Imola, later this year, for a two-day race weekend.