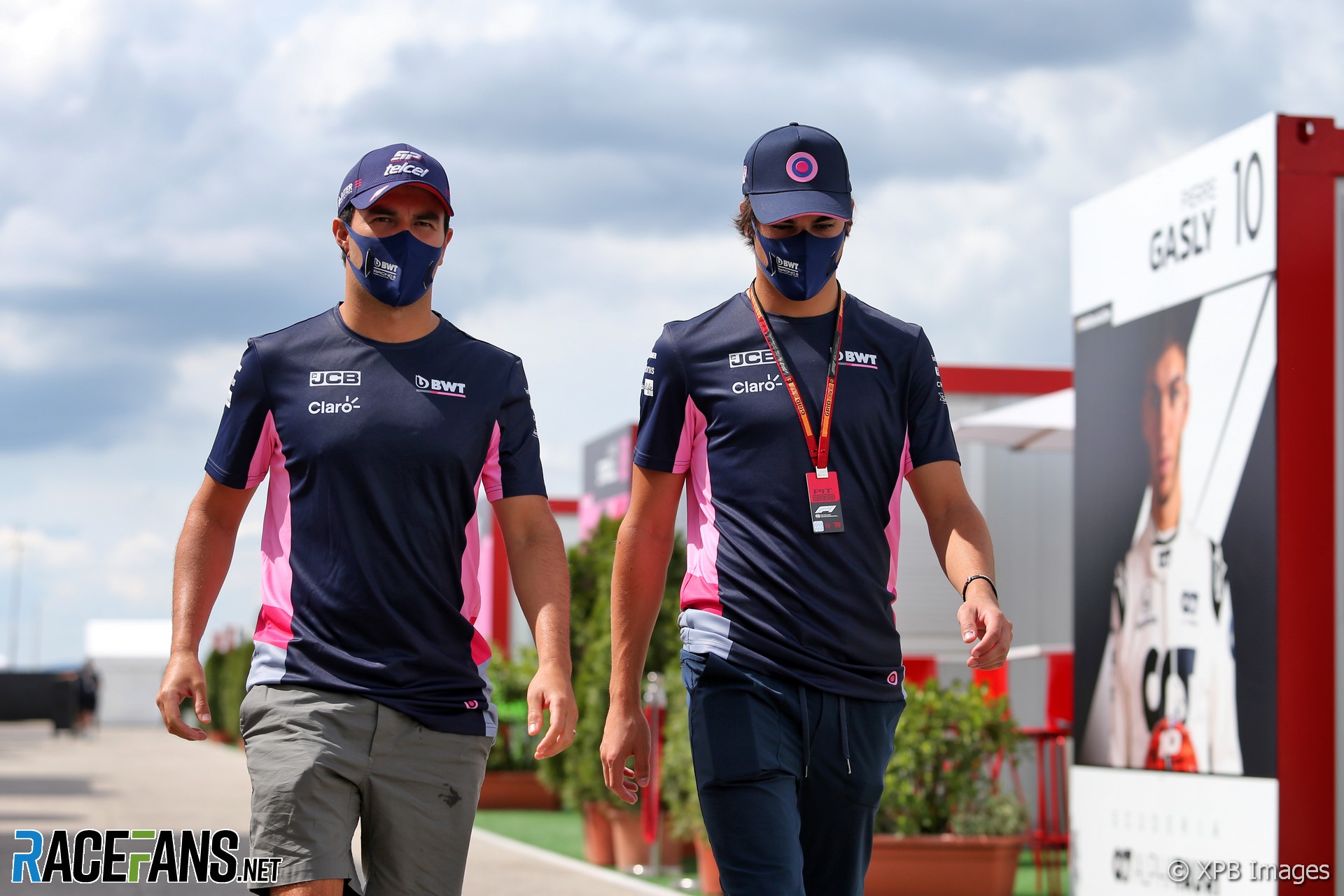 Perez will be replaced by Sebastian Vettel in the team’s line-up next year. Racing Point CEO Otmar Szafnauer said today the team never considered the possibility of dropping his team mate instead, as he is the son of team owner Lawrence Stroll.

Brown said Perez, who raced for McLaren in 2013, “is an extremely good race car driver and racer.

“I think it’s unfortunate that he lost his seat because of the two drivers he’s the higher performing driver. But as we know his father doesn’t own the the racing team so when they wanted to bring in Vettel, it was clear that Perez was going to be the guy to go.”

In Stroll’s first season at Racing Point last year, Perez outscored him 52 to 21 and out-qualified him 18-2. Stroll has out-scored his team mate so far this season by 23 points, 10 of which he scored in the two races Perez missed following his positive Covid-19 test.

Perez has previously expressed an interest in competing in IndyCar. Brown said he is willing to offer him a drive in the McLaren SP team.

“I think he’ll probably end up in Formula 1, is my guess, at either Haas or Alfa Romeo,” said Brown. “But if he had an interest in IndyCar, I think he’s a great race car driver and we definitely be interested in talking to him.”

“But it would be something that, in between the backing that he’s historically had and the commercial activity that we’ve got going on and the excitement someone like Sergio would create, we would certainly look to see if we could put it together.”