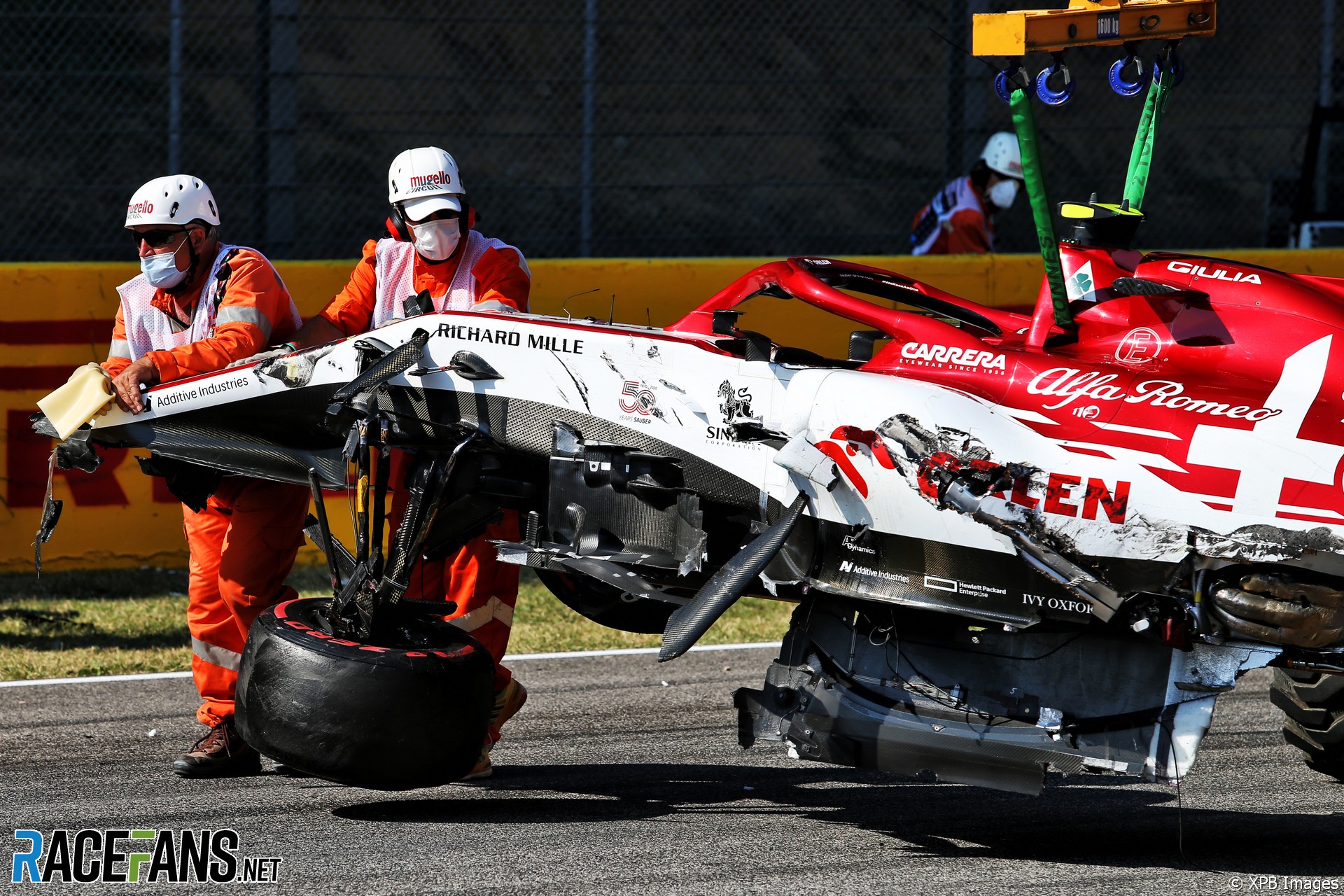 FIA Formula 1 race director Michael Masi dismissed suggestions by Lewis Hamilton and other drivers that safety had been compromised in the timing of the rolling restart in today’s Tuscan Grand Prix.

Four drivers were eliminated from the race crash on the pit straight during the restart which caused the race to be stopped.

Mercedes drivers Valtteri Bottas and Lewis Hamilton were leading the field at the time. Hamilton blamed the crash on the late decision to call the restart, which is signalled by the Safety Car switching its flashing lights off.

Bottas claimed Mercedes raised concerns over the timing of Safety Car restarts before the race began, “but they said basically they’re going to keep doing it because it’s better for the show.”

Masi firmly rejected the suggestion that safety had been compromised in order to produce a more exciting restart.

“Absolutely not,” he said. “From an FIA perspective, safety is paramount, full stop. End of story.

“In my capacity as the race director and safety delegate, point blank, that’s where my role sits as the sporting integrity and safety. And anyone that says otherwise is actually quite offensive.”

The timing of the decision to extinguish the Safety Car lights did not play a role in the crash, Masi insisted.

“They can criticise all they want. If we have a look at a distance perspective from where the lights were extinguished to the control line, [it’s] probably not dissimilar, if not longer, than at a number of other venues.

“At the end of the day, the Safety Car lights go out where they do, the Safety Car is in pit lane, we have the 20 best drivers in the world, and as we saw earlier today in the Formula 3 race, those drivers in the junior category had a very, very similar restart to what was occurring in the F1 race and navigated it quite well without incident.”

The stewards issued formal warnings to 12 of the 18 drivers who were involved in the restart for the crash.