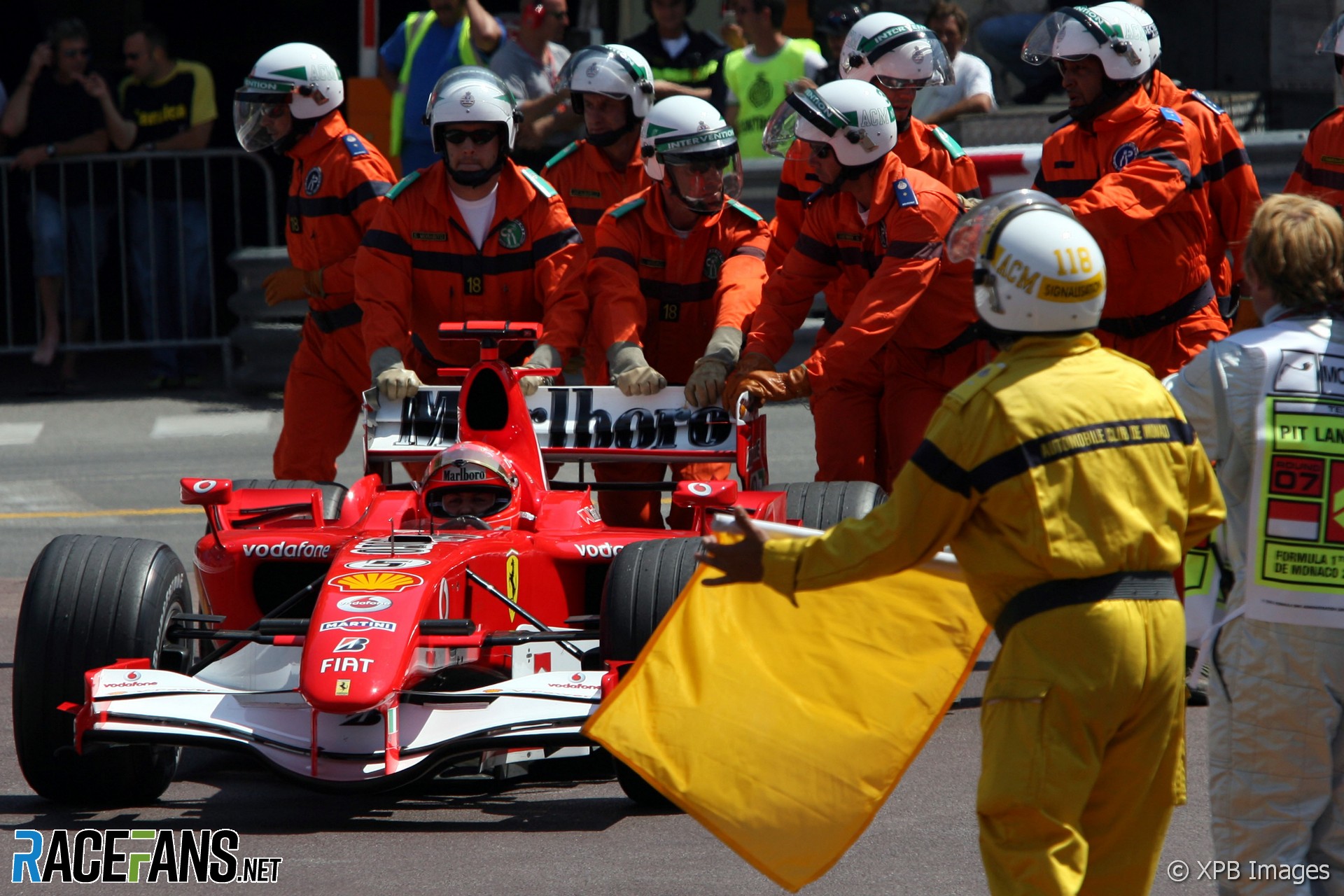 Michael Schumacher’s notorious ‘Rascassgate’ incident at Monaco in 2006 was prompted by a suggestion from Ferrari technical director Ross Brawn, according to the driver’s team mate at the time.

Schumacher was disqualified from the qualifying session for the Monaco Grand Prix that year after the stewards ruled he deliberately stopped his Ferrari at the Rascasse corner. The Ferrari driver was leading Q3 at that point, but was on course to set a slower final lap, and stopped his car in order to bring out the yellow flags and prevent his rivals from improving their times.

Felipe Massa, who drove alongside Schumacher at Ferrari in 2006, revealed details of a conversation within the Ferrari team prior to the incident during.

“We had a meeting with the team, we were talking about the qualifying,” he explained in Sky’s new Formula 1 documentary ‘The Race to Perfection’.

“Then you had two sets of tyres for the qualifying. And Michael said something: ‘Yeah but I mean if we are quicker straight away and then we go in for the second set…’.

“And Ross Brawn said: ‘Maybe we can create a yellow flag’. And I said: ‘For fun. Not seriously, for fun.”

“It happens exactly that [way].” Massa continued. “So Michael used that funny thing for him to do.”

At the time Schumacher denied he had deliberately stopped his car on the track. “I remember [after] that meeting I said ‘I can’t believe he did it’,” said Massa. “He did it. And then the only thing is he was not able to say that he did it.”

“It took one year for him to tell me that he did it on purpose,” he added. “One year. I said ‘how can you do that?’ It shows that everybody makes mistake in life and this was, definitely.”

Speaking in the same programme Brawn, who is now Formula 1’s managing director for motorsport, said: “Michael had occasional aberrations, things that you could never give a logical explanation for.

“He had this incredible competitiveness that drove him. And sometimes it would short-circuit.”

Brawn said Schumacher’s manoeuvre was unnecessary, in retrospect, because of how competitive Ferrari were that weekend.

“Monaco pole, it’s normally a given you want it. But on that occasion with the strategies that we had and the tyres we had and the car we had, there was actually no need for it.

“It was just a stupid move. And one of those little glitches, short circuits that Michael had two or three times in his career.”