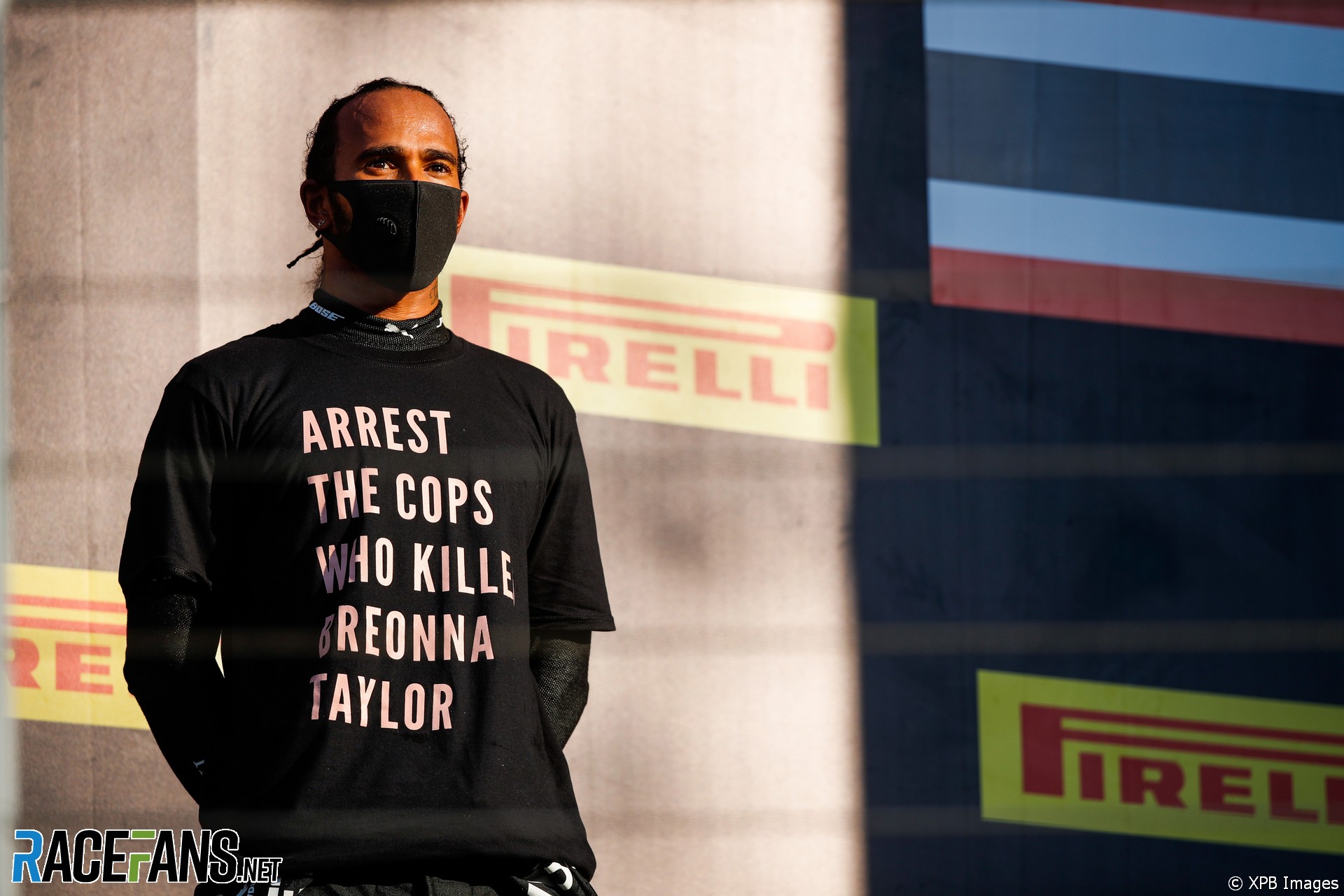 The FIA is considering whether Lewis Hamilton may have broken the sport’s rules by wearing a T-shirt drawing attention to the killing of Breonna Taylor, according to multiple reports.

Hamilton wore a shirt bearing the messages “Arrest the cops who killed Breonna Taylor” on the podium following his victory in yesterday’s Tuscan Grand Prix. The shirt also featured a picture of the 26-year-old with the phrase “Say her name”.

Taylor was shot eight times and killed by police officers who entered her home in Kentucky in March. Her family have brought legal proceedings against the police force.

Her case is one of several which has been highlighted by worldwide anti-racism protests and the Black Lives Matter movement, of which Hamilton is a prominent supporter.

Hamilton has previously worn a Black Lives Matter T-shirt during the sport’s pre-race ‘end racism’ observance. Asked yesterday why he had made the change, Hamilton said: “It’s not much of a change, it’s still fighting the same thing.

“It took me a long time to get that shirt. I’ve been wanting to wear that and bring awareness to the fact that there’s people that have been killed on the street and there’s someone that got killed in her own house – they’re in the wrong house and those guys are still walking free.

“We can’t rest, we have to continue to raise awareness with it.”