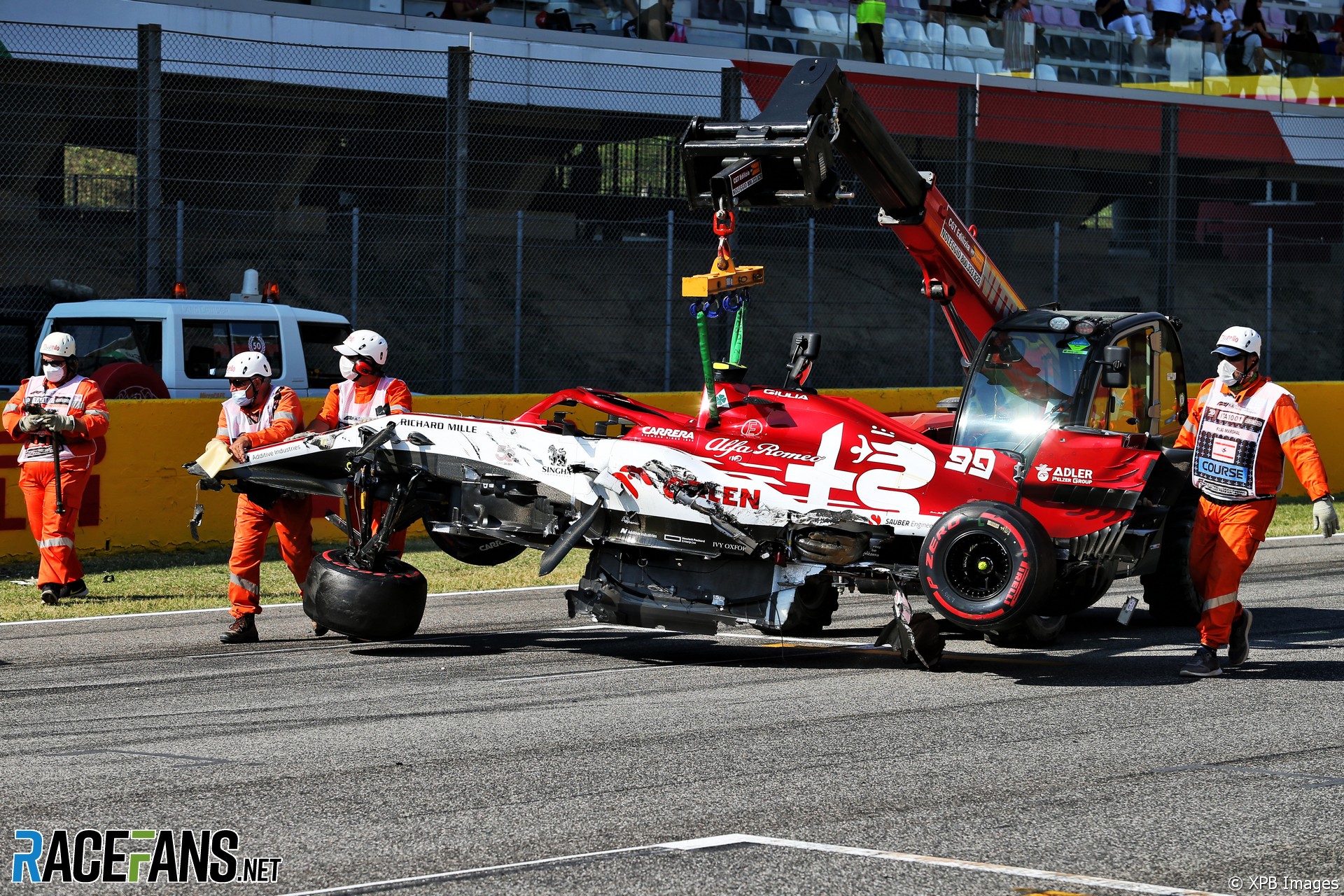 Esteban Ocon said he was surprised by the late timing of the Safety Car restart in the Tuscan Grand Prix, in which four drivers were involved in a crash which stopped the race.

A dozen drivers, including Ocon, were given formal warnings over their driving prior to the crash which put Carlos Sainz Jnr, Kevin Magnussen, Antonio Giovinazzi and Nicholas Latifi out of the race.

Valtteri Bottas, who was leading the race at the time, said the late decision to declare a restart, which is signalled by the Safety Car’s lights being switched off, was a contributory factor in the crash.

Ocon was running 10th at the time of the restart, two places ahead of the first driver who crashed. After reviewing the video of the incident he said it was apparent the restart had been called late.

“Clearly the Safety Car lights got switched off a lot later than what we are used to in that race,” said Ocon.

The Renault driver was at Arrabbiata one, turn eight on the Mugello circuit, when the team told him the Safety Car was coming in. Ocon said he was briefly confused about whether the restart was going to happen on that lap.

“From where I was sitting in the car I got told ‘Safety Car is in this lap’. But the guys were still driving like if there was another lap. So I thought maybe there was a misunderstanding with me and the team, maybe we are going for another lap. And actually, no, it wasn’t.”

As the restart was given Ocon accelerated to catch Daniil Kvyat, then slowed, then accelerated again. He and the other drivers were given warnings for “inconsistent application of throttle and brake from the final corner along the pit straight” at the restart.

“We stayed for a very long time at slow speed,” he explained. “Obviously, there’s a short acceleration which increase from the back because the guys at the back are catching up more of a gap. So it’s a bit like traffic [on a] motorway.

“It caught everyone by surprise just behind me. I got lucky to not get hit in the back, but some didn’t unfortunately.”

22 comments on “Ocon: Restart call was so late I thought there was a mistake”