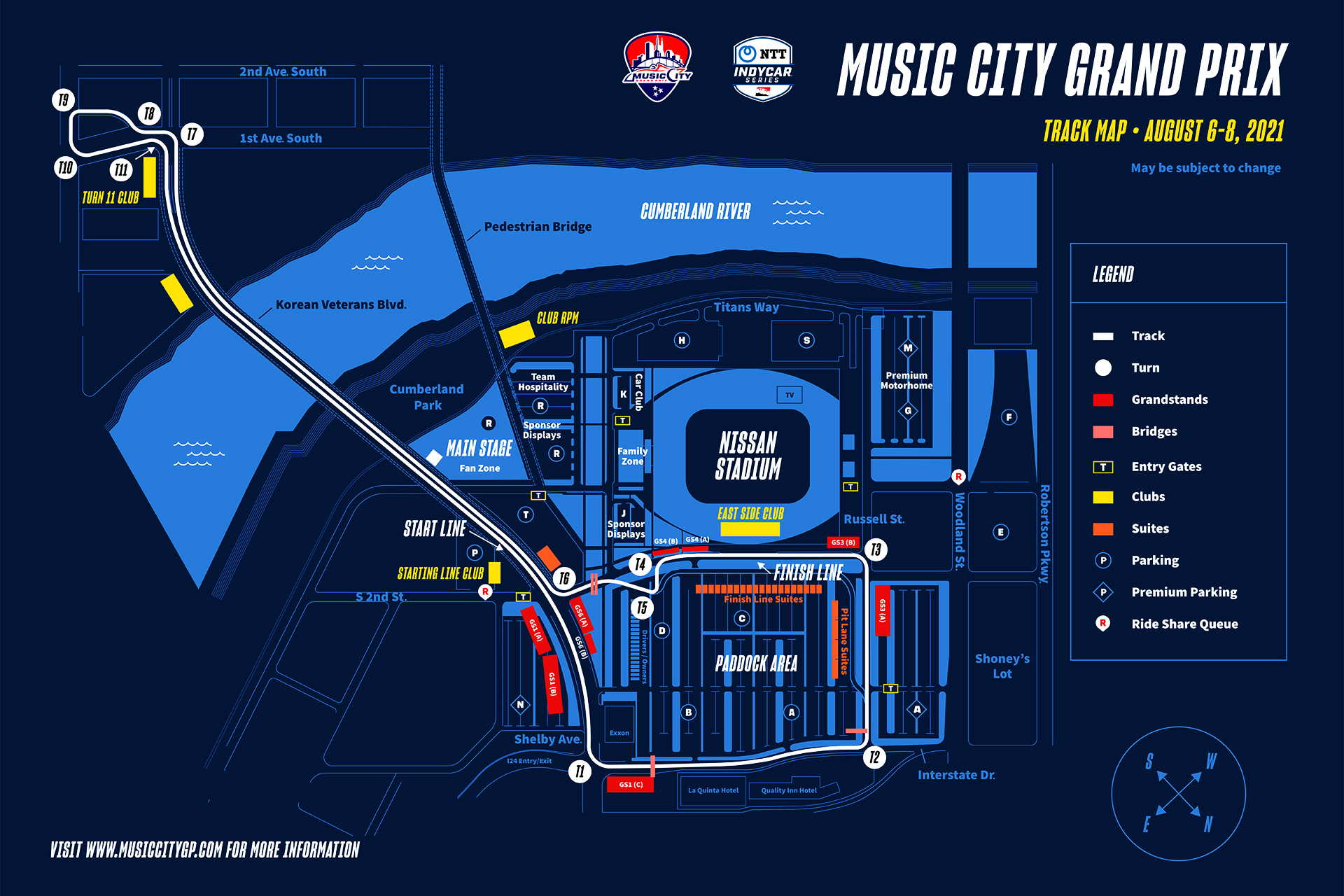 In the round-up: IndyCar announces a new street race in Nashville for its 2021 season.

The newest addition to the IndyCar schedule will take place in Nashville, the capital of Tennessee. An 11-turn, 3.49 kilometre (2.17 mile) street circuit has been laid out in the city, crossing the Cumberland River. The first race weekend will be held on August 6th-8th.

“The Music City Grand Prix will be a one-of-a-kind IndyCar series experience anchored in the heart of Nashville’s action-packed, exhilarating downtown corridor,” said the president and CEO of Penske Entertainment Corporation Mark Miles.

“Urban street festivals have become a huge part of our DNA at IndyCar and this three-day festival, complete with a course that pushes the limits, will highlight everything Nashville and the sport have to offer.

Getting a taste of the Valkyrie! What a car Adrian and the Team at Red Bull Advanced Technologies have built with @AstonMartinLagonda! 👌 #AstonMartinRedBullRacing #Valkyrie #RedBull #AdvancedTechnologies #AstonMartin #Hypercar

A post shared by Christian Horner (@christianhornerofficial) on Sep 16, 2020 at 9:13am PDT

Hakkinen: 'Mugello created a unique challenge - drivers still have much to learn when visiting a new circuit' (Unibet)

"It is great to see Mick’s career progressing well, including now leading the Formula 2 Championship, and I am certain he will find a seat in Formula 1 very soon. It will be a special moment for him, the Schumacher family and Formula 1 when it happens."

"Due to the current Covid-19 pandemic, there will be no group driver picture as normal but all eyes will be focused on the exhilarating on-track battles where fans can tune in from home to watch the full 24 hours of race action."

"Ferrucci’s No. 18 entry managed to ruin his teammate’s day at a pivotal point in the season where Alex Palou is trying to earn a new contract, and also ruined Felix Rosenqvist’s afternoon while the Chip Ganassi driver is auditioning for a contract extension of his own."

It was good to see that all 10 teams will continue and no one dropped out. But F1 still needs more teams. There are so many young talents waiting for that spot but there are only limited number of seats. More teams would help F1 get new viewers around the world e.g. if there would be drivers from USA, Africa, Asia it would help F1 grow in those areas.
@Qeki