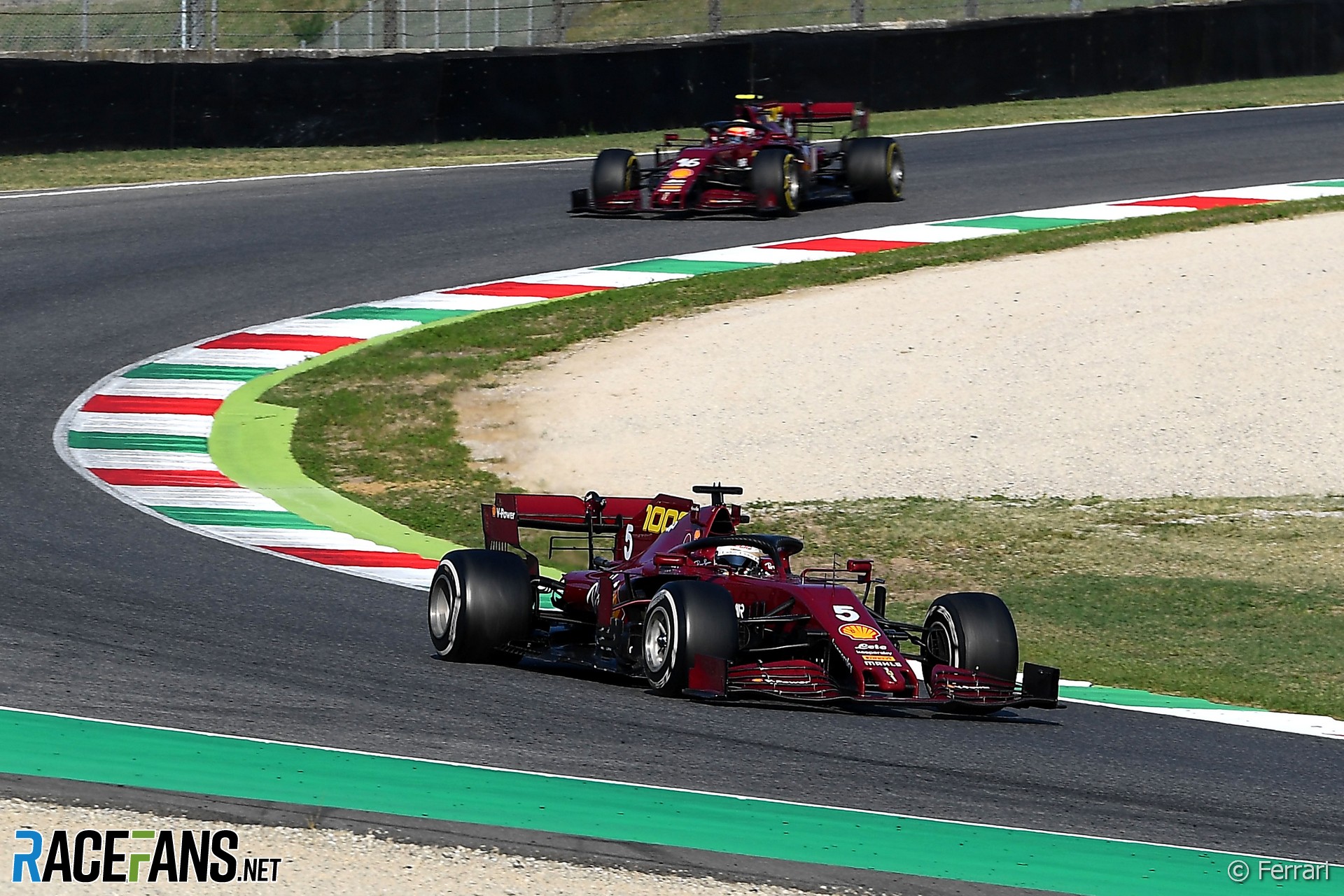 During Ferrari’s 1,000th grand prix last week FIA president Jean Todt shared his recollections of how he joined the team in 1993 – when he says it was in worse shape than it is today.

In 2020, Ferrari is enduring its toughest season for years. Last year it won three races and finished second in the championship last year; today it languishes in sixth place, and was out-scored by seventh-placed AlphaTauri in each of the last three races.

Todt ran Ferrari’s Formula 1 team between 1993 and 2009. When he arrived, the team had endured 10 years without winning a constructors’ championship, and they hadn’t take a driver to the title since 1979.

Their current situation is much the same. It’s been 12 years since Ferrari’s last constructors’ title, and they’re still waiting for a successor to Kimi Raikkonen’s 2007 drivers’ championship success.

Nonetheless Todt believes Ferrari is stronger as a team now than it was when he was recruited from Peugeot’s successful sportscar operation to take charge of the Gestione Sportiva 27 years ago.

“I have a good understanding about the situation,” said Todt during the Tuscan Grand Prix weekend. “I saw some reports, people keep saying it’s the same [but] it’s a completely different situation than the one I found when I arrived in July ’93.

“Honestly, I wish I would have found the situation of today. My life would have been much easier.”

Ferrari has the right management in place to bring the team back to the front, Todt believes.

“Now it’s a very strong organisation, very well settled,” he said. “Probably some parts of the puzzle are not at the level they need to be where they are expecting to be. And, in a way, honestly, where Formula 1 needs them to be.”

This year is likely to see Mercedes and Lewis Hamilton extend the six-year run of titles for the team and its drivers. Their success reminds Todt of his title run with Michael Schumacher at Ferrari – six constructors and five drivers’ trophies – and said the sport needs the team competing at the front again.

“The win of [Pierre] Gasly was a succession of miracles,” said Todt, reflecting on the previous race. “But notwithstanding that he will be the memorable winner of the Monza 2020 Formula 1 Grand Prix.

“In a way you only remember seeing [winners] which are very special. Today when Hamilton is winning, it’s not very special the way you are used to.

“With Michael I remember people telling me ‘we don’t watch TV, we are so fed up, it’s always the same’. We like something new, we all like something a bit different. So clearly it’s what we would love to have for Formula 1.”

Todt had overseen Peugeot’s successful world sportscar championship programme, which led to back-to-back Le Mans 24 Hours victories in 1992 and 1993, when Ferrari sought his services. At the time he expected he would “end my career at Peugeot”, having also run their successful rally programme.

“But I like to progress,” he explained. “So in ’92 I considered that [after] rallying success, cross-country success, sportscar success, I wanted to taste something different in the group. But no more motor racing.

“They asked me, what do you think we should do after sportscars? If we can put together good money, I think the ultimate challenge is Formula 1. They said okay, you can work on the programme.”

Peugeot decided against a full Formula 1 programme, choosing instead to enter as an engine supplier to McLaren in 1994. Todt, however, had an other offers, one of which came from Ferrari president Luca di Montezemolo by way of Formula 1 ringleader Bernie Ecclestone.

“I did not want to be anymore involved in motor racing,” Todt recalled, “but running Formula 1 in Ferrari is something you cannot resist.”

The F1 boss had previously facilitated discussions between Todt and Jean-Marie Balestre, the president of FISA, which was the FIA’s sporting arm at the time. Todt and Balestre had been at odds over FISA’s decision to ban the Group B rally class at the height of Peugeot’s success in the category.

“Bernie was leading the sportscar project with silhouette cars,” said Todt. “I got to know him, we were interested with Peugeot in this programme.

Ecclestone “likes to introduce” people, Todt noted, and in 1992 set up a meeting between Todt and the Ferrari president. “He called me, he said ‘you should call Montezemolo and meet him, he’s waiting for your phone call’.”

Todt’s choice of car for his first meeting with Montezemolo in July 1992 did not make a good impression, he recalls.

“Of course I could not see him in the factory. He asked me early August, sixth or seventh, to go and visit him in his house in Bologna.

“I was spending a few days in Saint Tropez, I had a friend who loaned me a Mercedes coupe. I went there. He said that when he saw me arrive in a Mercedes he thought I wasn’t the right guy for the job!”

Hiring Todt required the consent of Gianni Agnelli, the president of Fiat, which owned Ferrari. The deal was eventually agreed the following year.

“The first meeting was in July and we finally agreed in March ’93,” said Todt. “So Bernie was the one to introduce.”

Under Todt, Ferrari soon began winning races again. By 1996, with the arrival of Schumacher, they were on the road back to championship success.

But Todt was quick to point that while Ecclestone played a role in his own arrival at the team, the same wasn’t true in the case of Schumacher’s three years later. Todt got Schumacher’s name on a Ferrari contract in 1995, while he was driving for Benetton, the team run by Ecclestone’s friend Flavio Briatore.

“When Bernie says that he was the one to introduce Schumacher to Ferrari, it’s completely untrue,” said Todt. “I remember we said we must not tell Bernie because he will spread it everywhere.

“The day before announcing that Michael had signed – he did not know we were talking with him – I told him ‘Bernie, tomorrow we are going to announce Michael’.”

With that hiring, Ferrari was on the way to achieving the incredible successes of the Schumacher years, setting the benchmark which today’s team is struggling to measure itself against.