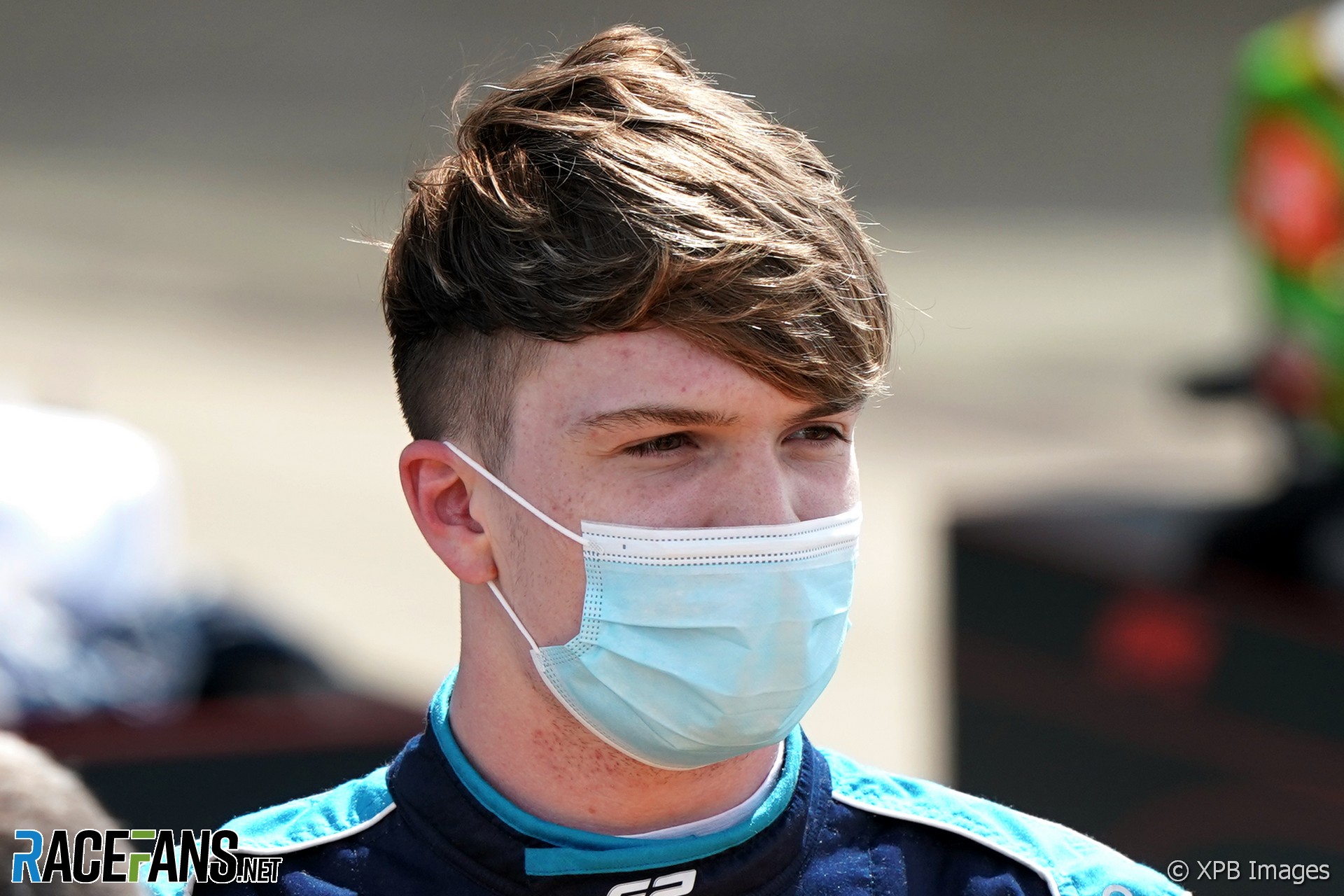 Formula 2 driver Dan Ticktum says he regrets remarks he made about rival Louis Deletraz on his radio during a race at Silverstone earlier this year.

Ticktum made the remarks after being passed by his rival during the race. “The next time that [censored by FOM] tries a kamikaze move like that I’m going to crash with him,” he said. “I will never give him that much respect ever again.”

Speaking in an interview for Everything But The Points, Ticktum admitted: “I should have chosen the words better. I definitely admit that.”

However he denied his intention was to threaten a collision with his rival. “Deletraz, or one of the drivers, did a properly kamikaze move on me and I basically just completely opened the door and gave him room,” Ticktum explained. “And if I didn’t, we would have crashed.

“So my point was, next time I won’t give you that much respect and we’ll crash because you’re just going to crash into me, basically, because the move was so crazy. But they way I said it in the heat of the moment, it sounded like I wanted to crash into him and that’s what everyone took and then everyone went mental. So I should’ve chosen the words better.”

Ticktum believes more of his radio messages are being played in Formula 2 race broadcasts as a result of that comment.

“I said one thing on the radio and Silverstone that was a bit controversial and now every time I breathe down the mic they air all my comments. So literally everything that comes into my brain is directly on the radio.

“But God, I have to tone them down sometimes. Like the last one at Mugello I got absolutely slated for calling Tsunoda a ‘stupid little bloke’. Which, believe me, that had to take some filtering.”

“Callum [Ilott] spoke to me after the race, he said ‘it’s lucky they just aired your radio mate because I said some dreadful things’,” Ticktum added.

However Ticktum defended comments he made on social media after he was disqualified from victory at Monza. He was stripped of victory after the race when the stewards found there was insufficient fuel in his car for a sample to be taken, as is required by the rules.

“A part in the fuel tank failed caused a leak,” he wrote at the time. “So everyone out there saying it was the team’s fault can shut up. You aren’t at the track, you don’t know the situation until you hear it from the people who really know.”

Following the disqualification DAMS accused the series organisers of failing to fix a known problem with the fuel tanks on several cars. Ticktum said he was frustrated by comments suggesting the team had failed to put enough fuel in the car.

“I feel like if you grow up playing football you sort of understand about the game a bit more, you can have a bit more of a valid opinion. The thing is, very few people get to race or drive so you’ve got hundreds of thousand people giving opinions or just making comments thinking that they know more about the situation than me.

“The thing about being disqualified when I was in Monza, people accusing the team of not putting the right amount of fuel in. This is a team that’s put 32 drivers in Formula 1. Do you think they’re going to calculate the wrong quantity of fuel? It’s like the most simple thing ever.

“Then there’s people giving shit to the team. So I had to write something on social media about that and just tell everyone to shut up because that was a joke.”