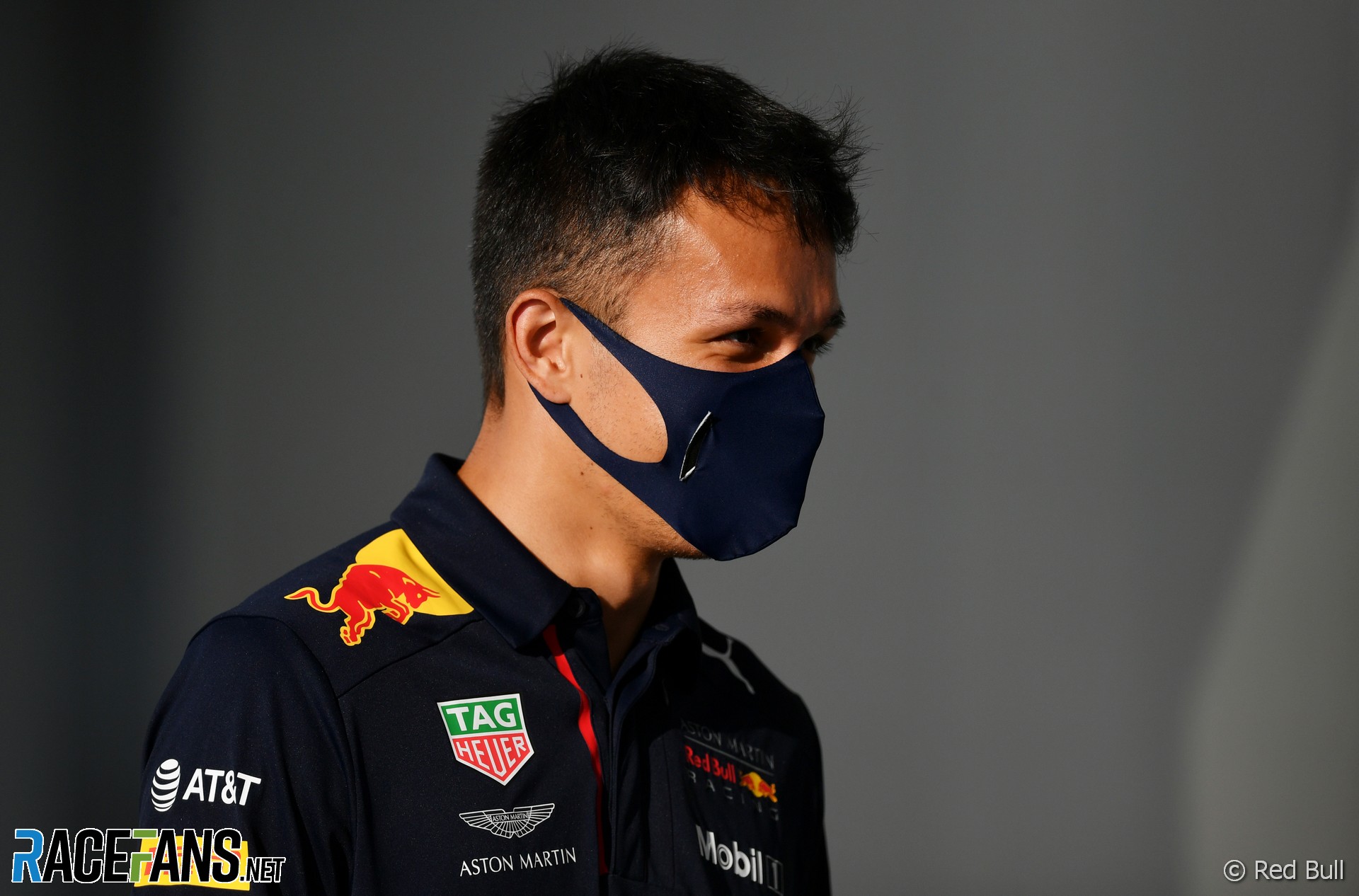 Alexander Albon disagrees with the stewards’ verdict that he was partly to blame for the crash during the Safety Car restart at Mugello which put four drivers out of the race.

The stewards issued formal warnings to 12 of the 18 drivers who took part in the restart for “inconsistent application of throttle and brake, from the final corner along the pit straight”. Albon, who was running fourth at the time, was the first driver in the queue to be warned over his driving.

But the Red Bull driver said it was clear he hadn’t been at fault. “We actually emailled them back about it because there was obviously nothing that I did that was strange or erratic,” said Albon when asked by RaceFans.

Albon believes the circumstances of the restart, and the late notice race leader Valtteri Bottas had before the Safety Car pitted, made it hard to avoid the crash.

“It was obviously a concertina effect,” said Albon. “I think it’s very much a track layout thing. You see it in Baku, you see it in Mugello, when the straight’s long enough you’re going to leave it to the last minute because the slipstream effect is so big. And that’s the consequence.

“I don’t know if there’s a way we can make it safer to be honest I’m not sure how you would do it. The Safety Car giving us such little time to react to the situation doesn’t help that. I think Valtteri had to stay within 10 car lengths up until the last corner so he didn’t have enough to to create a space.

“It’s one of those things. It’s not anyone’s fault driver-wise. It just needs some way of changing the format.”