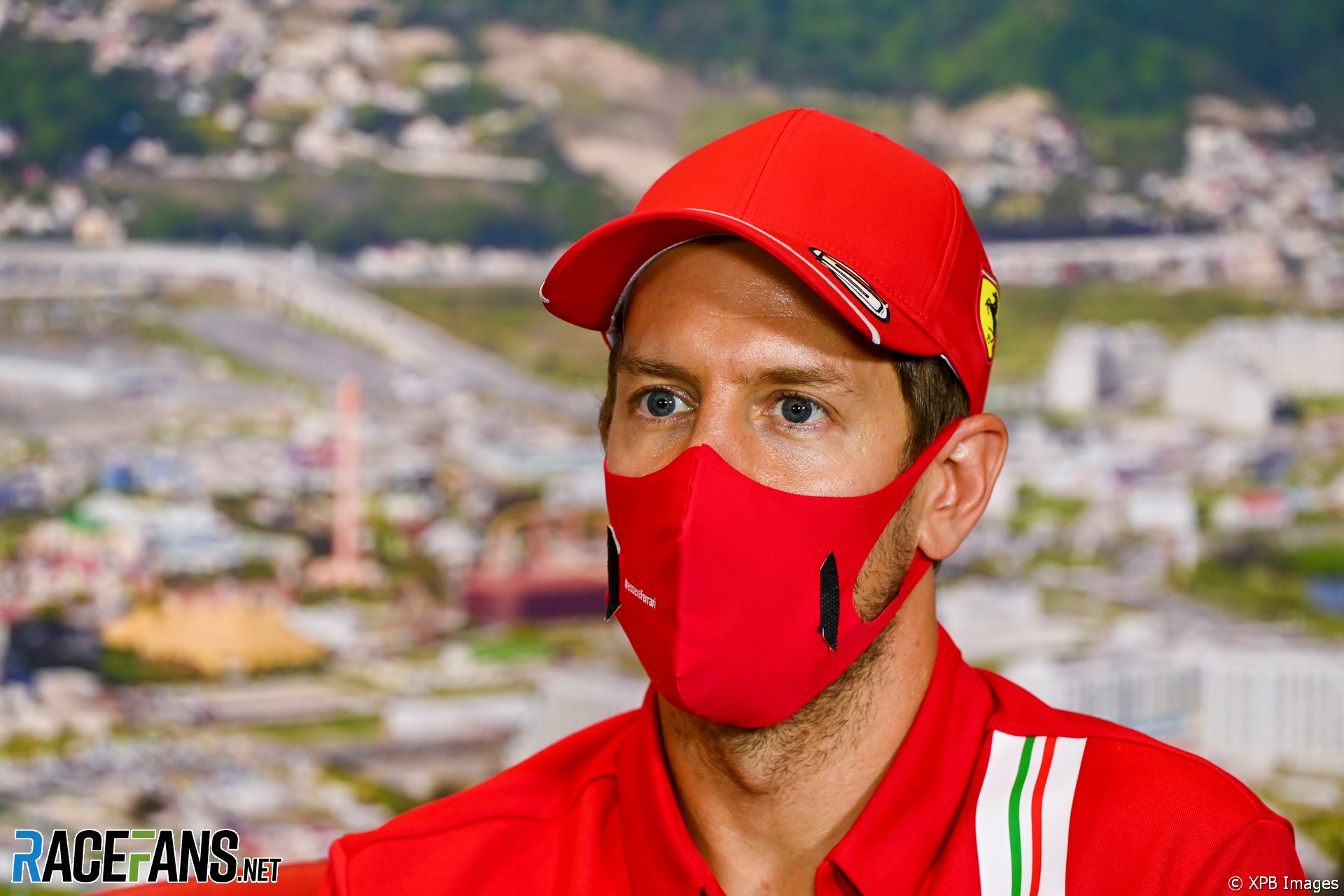 A victory for Hamilton this weekend would be the 91st of his career. That would put him level with the record Schumacher has held since 2001, when he surpassed Alain Prost’s milestone of 51 wins.

Vettel moved ahead of Prost into third place on the all-time winners’ list two years ago. But he said Schumacher’s 91 wins has “always been a number that has appeared impossible to reach.”

A long-time fan of Schumacher’s, Vettel said he would be saddened to see the record fall, but pleased for Hamilton.

“Seeing obviously the last years and Lewis’s track record, he was getting closer and closer. And if he – I think it is probably at this point a question of time – reaches that, then on one hand, for sure, I will be sad because Michael is still my hero.

“On the other hand, I would be very happy for Lewis. I think he deserves all the success he has had in the last years and he is going to have in this year. And – I don’t know if he remains, but I guess so – the next years. So a bit half-half. Mixed emotions, but that’s how I feel.”

Vettel’s most recent win last year with the 53rd of his career. “Obviously I’m far away,” he said. “But it was always one of these numbers that seemed impossible, up to the point where somebody gets there and gets close and breaks it.”