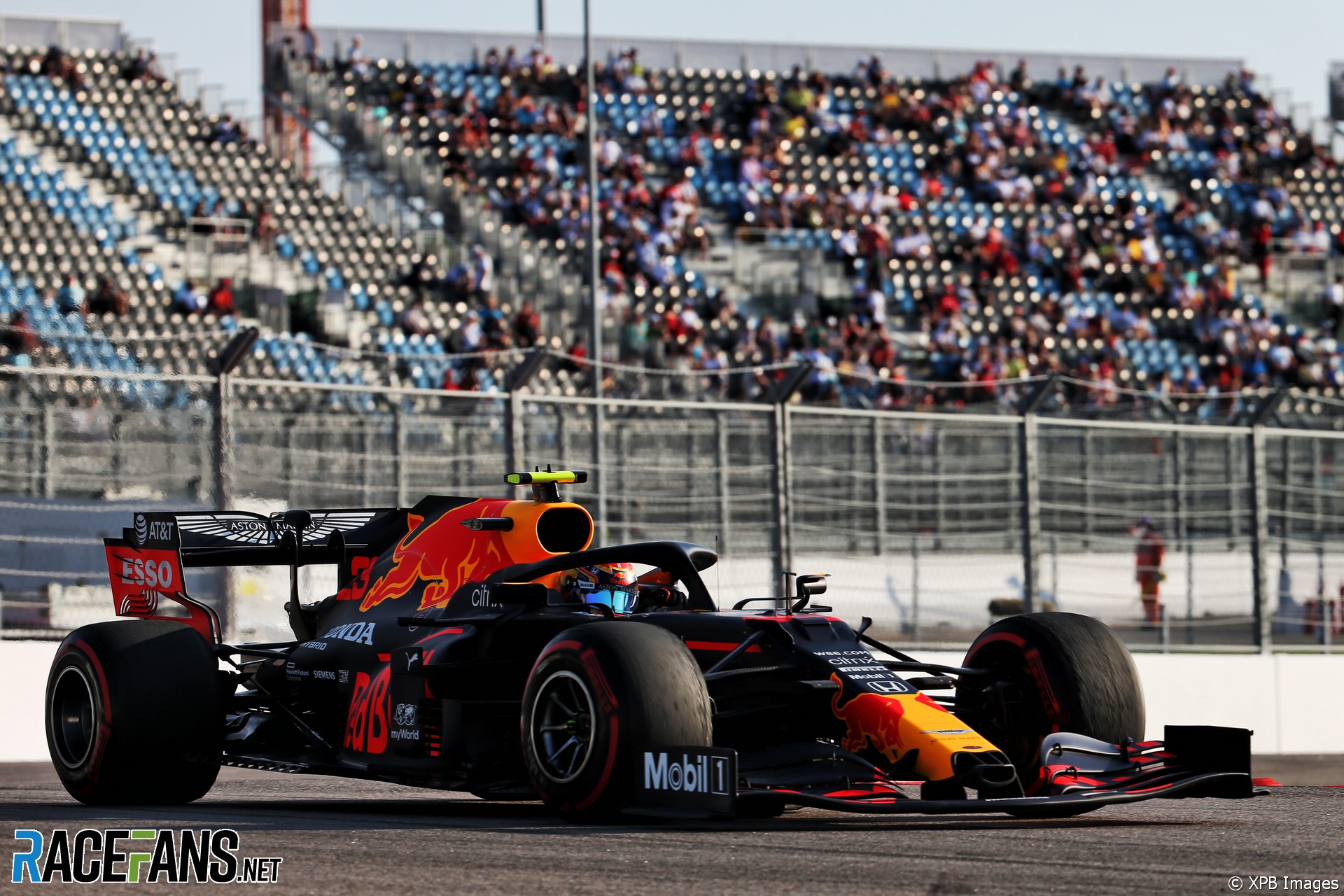 Alexander Albon said he has “some work to do” after qualifying almost a second slower than his team mate at Sochi Autodrom.

Max Verstappen produced a surprising lap to take second on the grid and split the Mercedes drivers at the end of qualifying. But Albon was 1.141 seconds slower than his team mate and will start from 10th on the grid.

Asked where he wasn’t able to get closer to his team mate’s pace at the end of the session, Albon said “I’m not too sure to be honest.

“I’m just trying to look at it right now. It didn’t feel terrible in Q1 and Q2, it just seemed like people around made a jump and I didn’t really have it. It didn’t feel like I had much left to be honest.

“So a little bit of head-scratching going on because the laps I did didn’t feel terrible. Of course, there are still places, a couple of tenths to find here and there. But obviously the gap is quite big so it’s a bit confusing and [there’s] some work to do.”

Albon said the changing weather conditions between final practice and qualifying made it harder to produce a quick time.

“The wind changed quite a lot from final practice to qualifying. There was that storm that was coming in and it basically spun the wind 180 degrees.”

“I’d say by Q2 everyone’s most probably on it in terms of adapting from how the wind is,” he added. “Obviously these cars are hyper-sensitive to wind, but by Q2 it was more or less all all done.

“But it was tricky out there. Obviously the main thing for me, or I’m sure for everyone, is this track is extremely thermal. Because the corners are so close to each other, the track itself is very smooth but very prone to overheating with the tyre compounds we have. It’s kind of like a quali lap where you where you drive just really on the limit without sliding the tyres. And that’s the tricky part.

“Obviously, if you have a little snap early in the lap, you pay the consequence the whole way through. So it’s one of those tricky circuits where the lap can either fall away very quickly or you hook it up.”

24 comments on “Albon ‘confused’ by 1.1 second gap to Verstappen in qualifying”