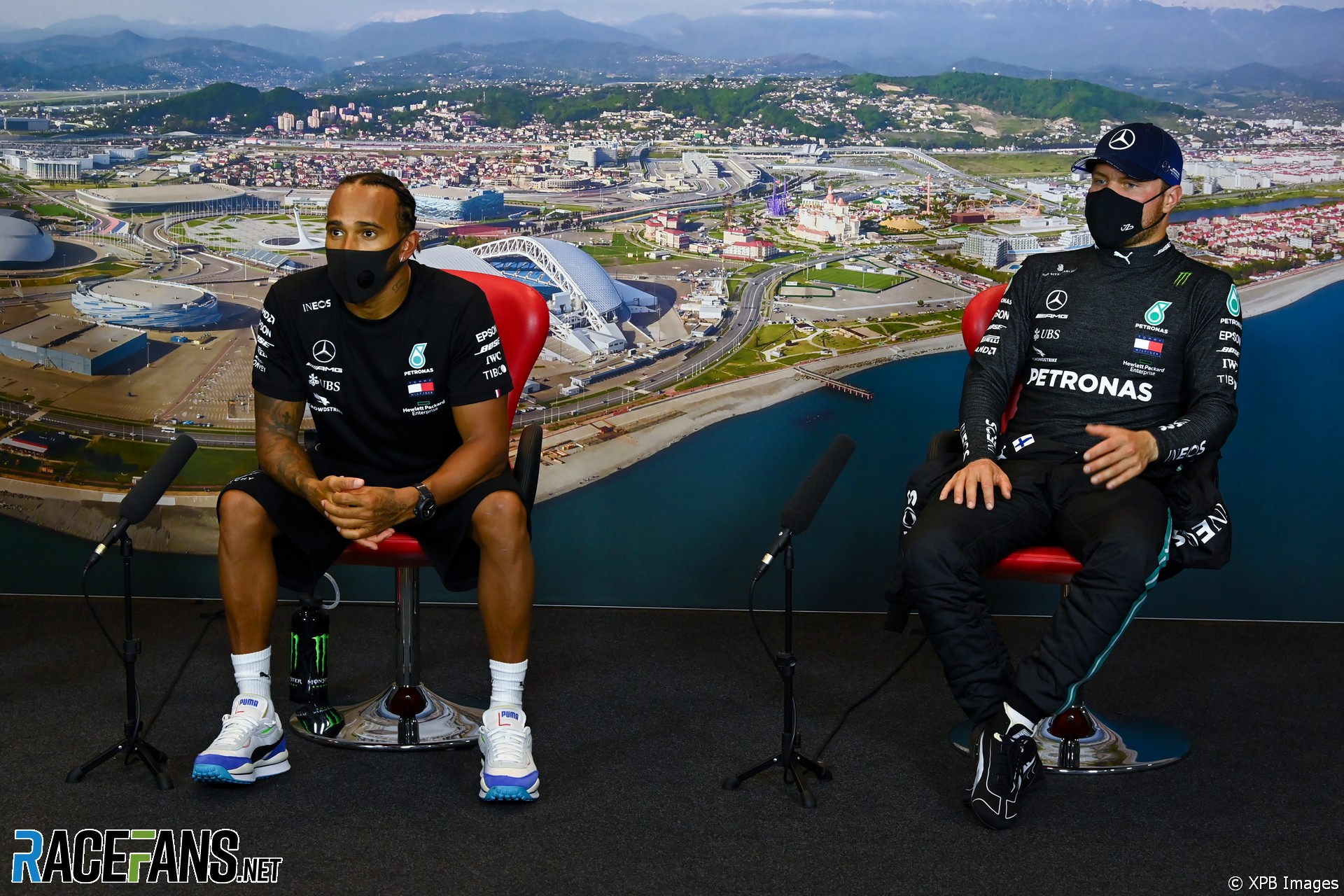 Valtteri Bottas said he “doesn’t get” why he was unable to keep pace with team mate Lewis Hamilton in the final stage of qualifying for the Russian Grand Prix.

The Mercedes drivers were closely matched up to that point. While Hamilton had an eventual start to qualifying, almost dropping out in Q2, Bottas said his session went smoothly.

“For me, there was not so much going on actually. It was pretty straightforward from my side. I think I was quite fortunate that all the happenings didn’t really affect me.

“Q1, Q2 from my side it was pretty good. The car was feeling good and the pace seemed to be there, unlike in Q3.”

Bottas was able to improve his lap time from Q2 to Q3, but Hamilton made a much bigger step. He drew six-tenths of a second clear of his team mate, and Max Verstappen also managed to out-qualify Bottas.

“Q3 was a tricky one,” said Bottas. “In the first run, I didn’t feel my tyres were ready. Out of the last corner, starting the lap, I had a big snap so I lost already a couple of tenths on the run down to turn two. At turn two I had massive oversteer and the tyres only came in really towards the end of the lap.

“So I was just waiting for the second run then. There was no mistakes as such. Turn two maybe a tiny lock-up, went a bit wide.

“But to be honest, I don’t really get it, why I couldn’t match Lewis’s times in Q3. It didn’t feel like I was gaining much grip from previous sessions. I think even Q2 felt better. So a few question marks for me what really happened.”

Bottas joked that given the long run to the first braking zone at the start in Sochi, he might be better off starting from the second row of the grid: “Maybe I was just playing games and wanted to start third…”