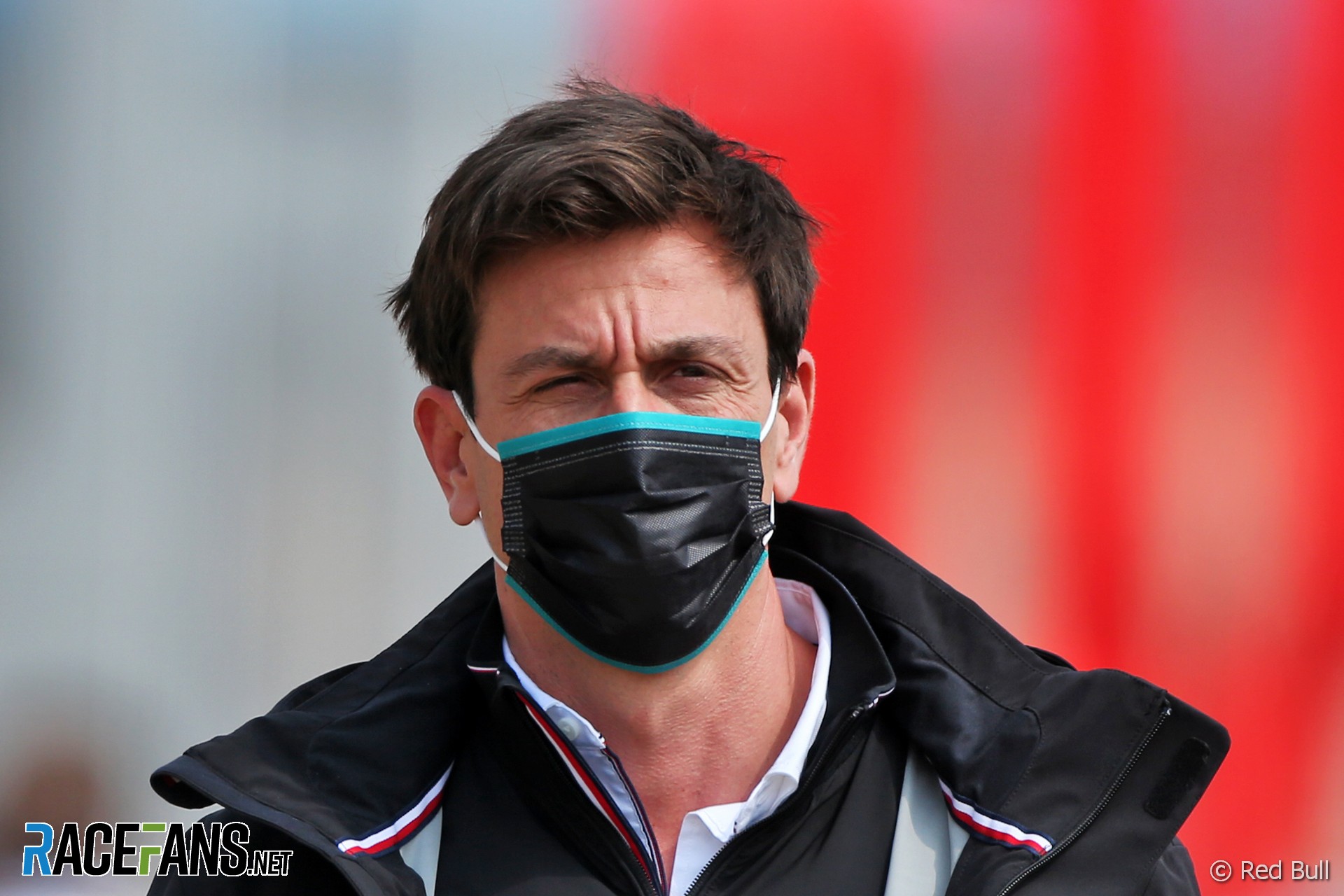 Mercedes team principal Toto Wolff says former Ferrari boss Stefano Domenicali is the right man to lead Formula 1, but believes the team would not have accepted him taking over the CEO role.

Wolff confirmed he had discussions with F1 about the job, but denied he asked Liberty Media president Greg Maffei for the position.

“I think everybody knows that there were some initial discussions with Greg and it never went anywhere,” said Wolff. “I think we get on well, I respect Greg Maffei a lot for what he has achieved.

“But I love where I am. And I found out that I love the stopwatch so much – the competition and the racing – that where I am today, co-owner of the team with Mercedes, I have to pinch myself every single day. And at the end, it wouldn’t have gone anywhere anyway because Ferrari wouldn’t have accepted that.”

Wolff said he “knows” Ferrari would have blocked him from taking over the position, referring to the power of veto they wield within F1.

“They have this right,” he said. “I respect it, absolutely. I would have probably had the same thoughts. At the end maybe a different decision, because you’ve got to have the best guy to run the sport, but I think they have the best guy. Stefano is just the real deal.”

However Wolff made it clear he has no complaints over Domenicali’s suitability for the role of CEO.

“It’s a great move from Liberty,” he said. “I think Stefano is foremost a man with a great personality, integrity and knowledge of the sport.

“He’s been a sporting director, a team principal, has gone through difficult times and through successful times.

“He’s been involved in the Audi Formula 1 project for a while and at the end was the guy that led Lamborghini to tremendous performances and financial performances. And also, honestly, the cars are great. And I think he’s a very, very good choice for the role.”

The pair’s first “proper encounter” was at Monaco in 2013, said Wolff, when Ferrari lodged a protest against Mercedes over a tyre test they had conducted with Pirelli. Wolff said he is “still laughing” with Domenicali about the episode.

“His first action was protesting us. But since then, we had a very good relationship and simply because of his personality. You just have to get on with him.”

Formula 1 is currently debating the possible introduction of reverse-grid qualifying races at some races in 2021. Wolff expects Domenicali will resist the temptation to resort to “artificial” changes to create more varied racing.

“Because he knows the sport inside out, I think sport comes first. And he’s going to stay away from, in my opinion, artificial things. He’s a purist.

“But equally he understands that you need to keep your spectators and your audiences interested. So I think that balance is really complicated to have right. And I think he will get that right.”

6 comments on “Wolff: Ferrari “wouldn’t have accepted” me running Formula 1”