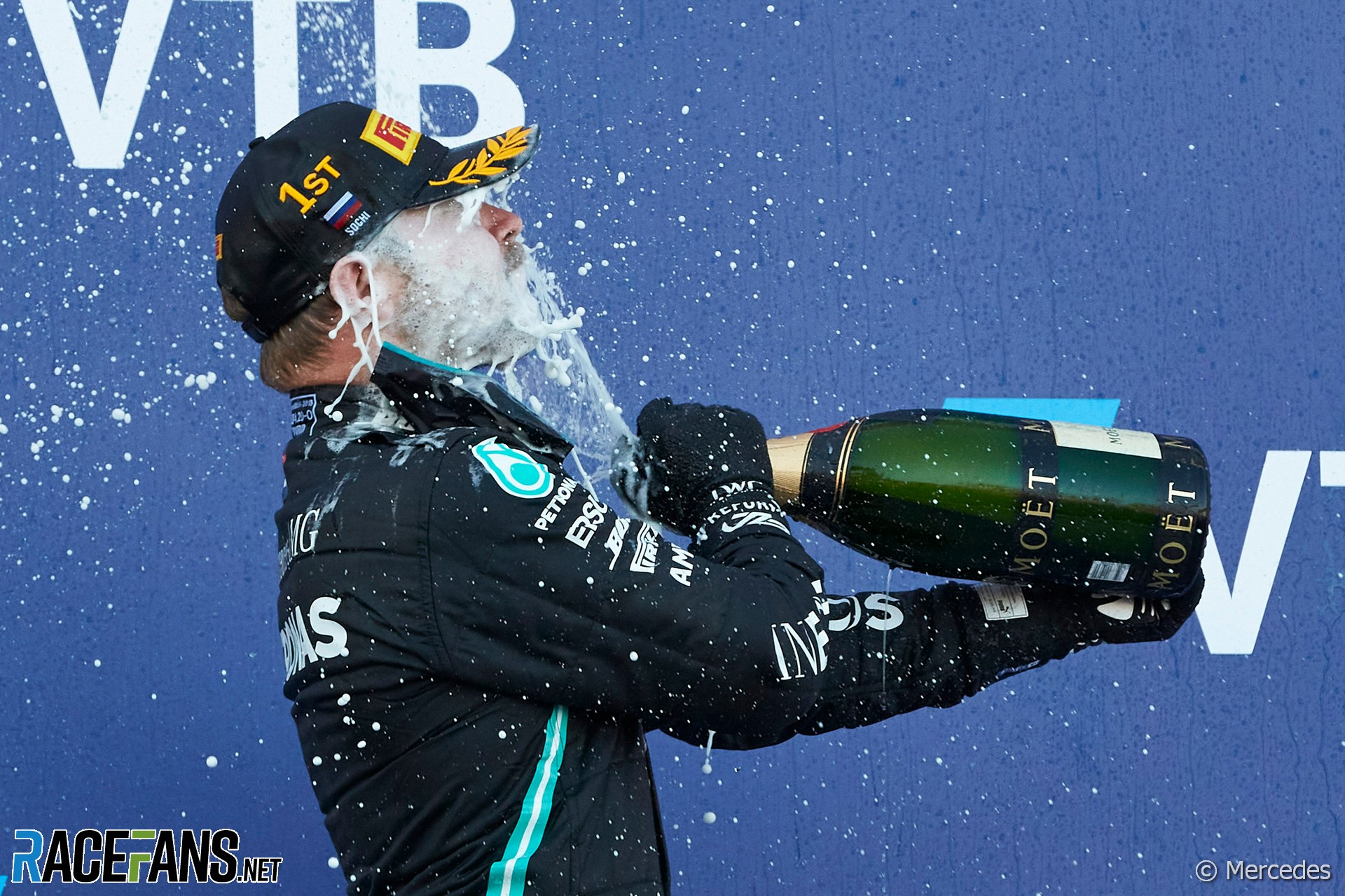 Hamilton was handed two five-second time penalties after performing practice starts outside of the designated areas before the race began. He had to remain stationary for an extra 10 seconds when he made his single pit stop, dropping him out of contention for victory.

Bottas, who started third and immediately passed Max Verstappen when the lights went out, therefore collected his second win of the year and his second at the Sochi Autodrom. Verstappen collected second place, as Hamilton was unable to draw within range of the Red Bull driver after his pit stop.

The start of the race was disrupted by two first-lap crashes which claimed Carlos Sainz Jnr and Lance Stroll. The McLaren driver ran wide at turn two, and hit the barrier as he rejoined the circuit. Stroll was knocked sideways by Charles Leclerc at the exit of turn four and spun into a barrier.

The other Racing Point of Sergio Perez took fourth place, comfortably clear of Daniel Ricciardo. The Renault driver was handed a five-second time penalty for running wide at turn two while Esteban Ocon let him past. Ocon came in seventh behind Leclerc after repelling a last-lap attack from Daniil Kvyat.

Pierre Gasly lost time by making an extra pit stop during a short-lived Virtual Safety Car period while the marshals replaced damaged barriers at turn two. He scrapped past Alexander Albon and Lando Norris to take ninth place. The final point went to Albon, who collected the same five-second time penalty as Ricciardo.

Albon was the final driver on the lead lap. Antonio Giovinazzi led the rest in 11th, followed by Kevin Mganussen and Sebastian Vettel, who struggled with tyre trouble on his way to 13th place. Norris slipped to 15th at the flag behind Raikkonen.