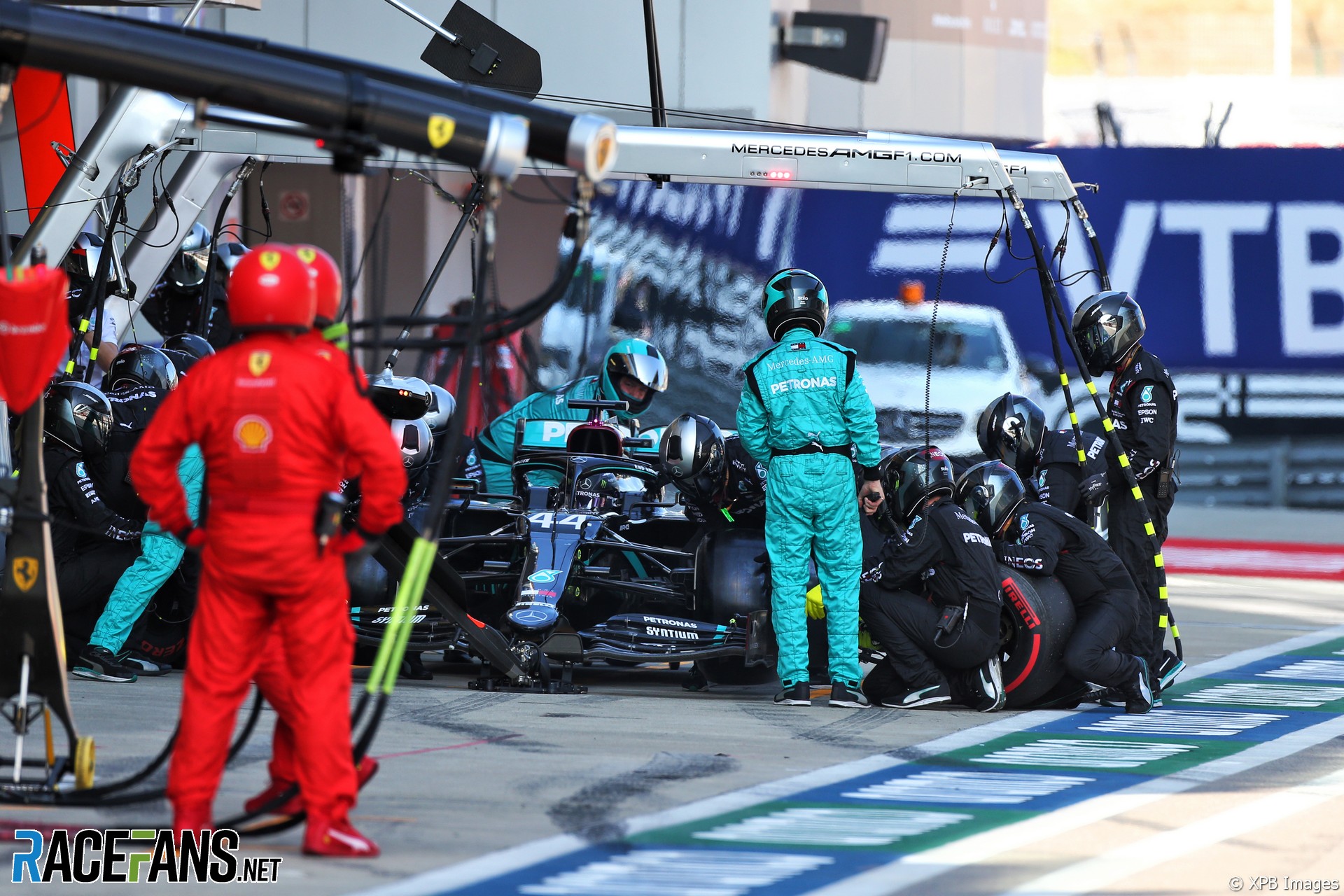 Mercedes team principal Toto Wolff strongly disagrees with Lewis Hamilton’s Russian Grand Prix penalties but says the team will not appeal against them.

Wolff and the team’s sporting director Ron Meadows attended the stewards’ hearing where Hamilton was given two five-second time penalties for performing his pre-race practice starts from incorrect positions.

While Wolff made it clear he disagreed both with decision and the application of two penalties, he said the team will accept them.

“The verdict was he wasn’t in the right place,” said Wolff. “There is no mention what the right place is in the director’s note, nor is it in the regulations. So we agree to disagree on that one.

“The other [point] was ‘not driving at constant speed in the reconnaissance laps’. And there, it’s debatable.

“But the race has happened, he received the 10 seconds penalty. For a reconnaissance lap infringement an in-race penalty can be debated, also, but you have to take it on the chin and move on.”

Mercedes “won’t appeal” the decisions, Wolff confirmed. “I think things are not always black and white and it has room for interpretation,” he said.

“There is rules, there is things that can be interpreted in two ways,” he said. “There is common sense.

“There is the fact that two in-race penalties were given for an infringement that happened before the race. There was an argument that he gained an advantage by making the [practice starts] there – I think it was not an advantage because there was no grip, so much less grip than you would have on your starting positions.

“But it is what it is. At the end of the day obviously we are all emotional about that. But the emotion should be geared towards Valtteri [Bottas] who deserved a race win since a long time. And that is fundamentally what makes me happy.

“Finishing one and three is all reason to make us cheer and fly home and say we can be satisfied how it went and now we need to learn from the incident, we need to look at the procedures and the communications. And, as every time, we will not blame the person, we will target the problem.”