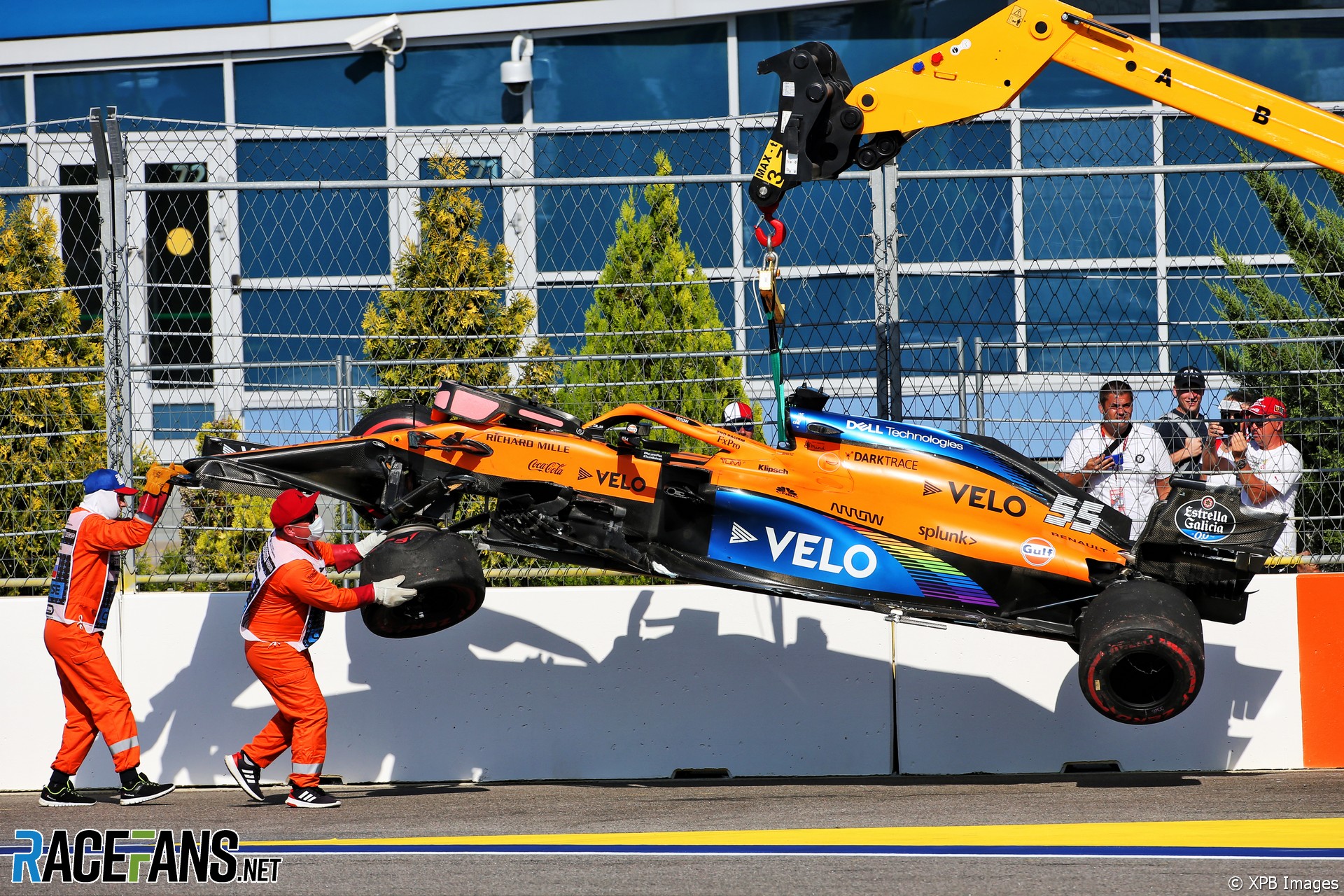 Carlos Sainz Jnr accepted the blame for his race-ending crash at turn two, but believes the corner is poorly designed.

Turn two has been the scene of several crashes and controversies since F1 first visited Sochi Autodrom in 2014. Sainz crashed on the first lap of today’s race while driving through designated route back onto the circuit having run wide at the corner.

The McLaren driver slipped back after starting from sixth on the grid. He went wide at turn two, which meant he had to drive between the blocks on the outside of the corner. However he made contact with the solid barrier, damaging the front-left corner of his car.

Sainz explained he was trying to avoid turning in on a rival at turn two when he cut the corner, forcing him to rejoin the track through the chicane in the run-off area.

“It was a very poor start for everyone starting on the right-hand side of the grid,” said Sainz. “We literally had no grip.

“But by the time we got to turn two, we were still in a good position and fighting under the braking zone. At the time I was about to hit the apex in turn two I had to open my steering wheel because I thought I had someone on the inside and I might have jumped over the big kerbs.

“At that point I was going to negotiate the chicane, but I clearly had too much speed. The angle was really narrow to go around the bollard and I just misjudged my entry speed. The track was very dirty and I crashed pretty heavily against that wall.”

“It is frustrating,” Sainz admitted. “But at the same time there’s always going to be some mistakes during the year.

“Today was my mistake and I apologise to the team for it. I’m definitely looking forward now to Nürburgring to try and redeem a bit myself.”

However Sainz believes there is room for improvement in the layout of turn two and its run-off area.

“That corner is not very well designed. It’s forcing drivers to take very strange lines and very strange incidents like the five-second penalties that we are given if we don’t negotiate that chicane next to a wall.

“But it is what it is and I got it wrong today.”