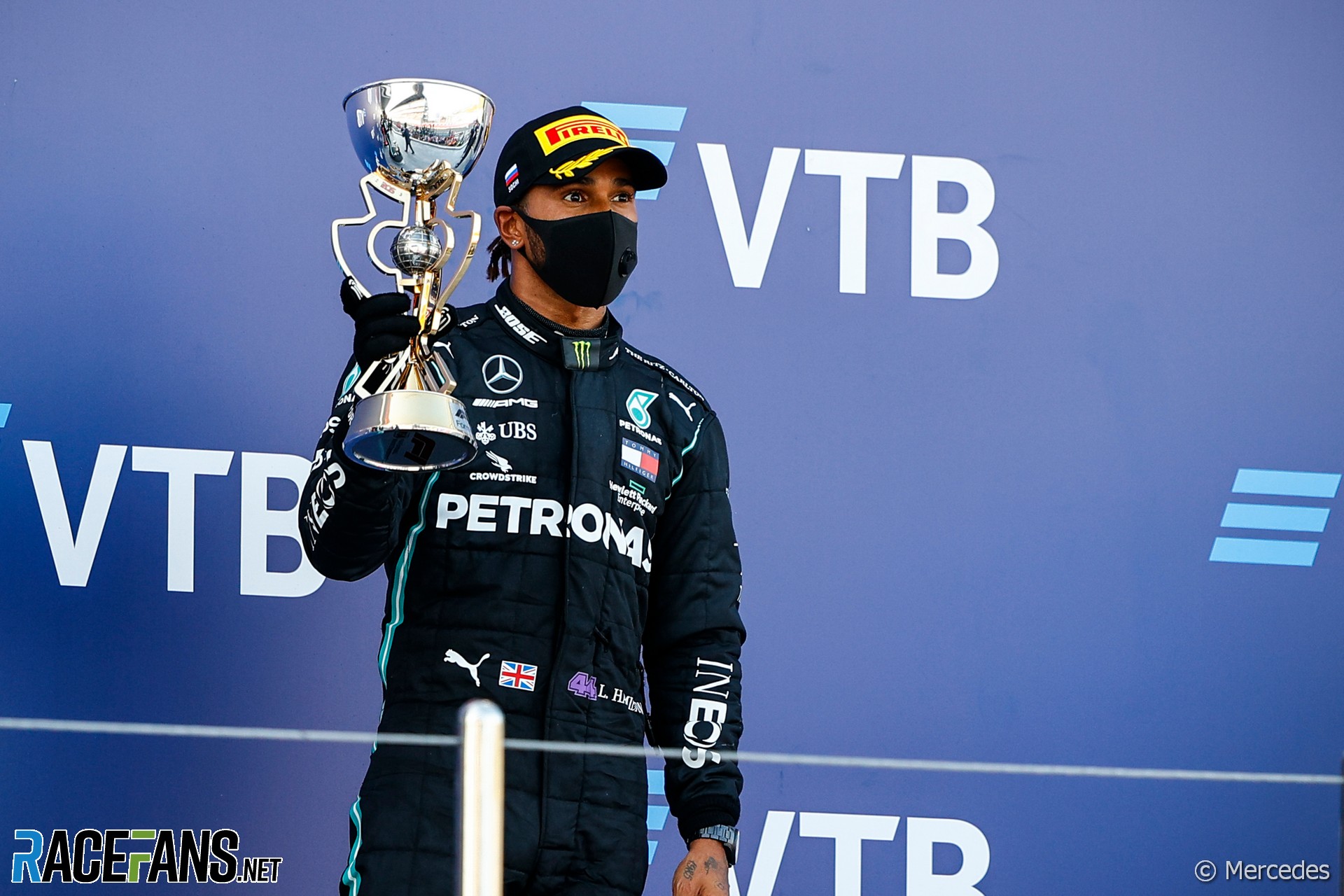 Formula 1 race director Michael Masi defended the independence of the sport’s stewards following Lewis Hamilton’s claim they are “trying to stop me” with recent penalty decisions.

Hamilton was speaking after he was given two five-second time penalties in the Russian Grand Prix for performing his pre-race practice starts in an unapproved location.

Masi said he would not respond directly to Hamilton’s comments, but insisted the stewards reach their decisions independently and that all drivers have the opportunity to raise any concerns directly with him.

“From my perspective it’s very simple,” said Masi. “If Lewis wants to raise something, as I have said to him before, and say to all the drivers numerous times, the door is always open. I’m more than happy to discuss anything.

“But I think from an FIA perspective we are there to, as a sporting regulator, administer the regulations. We have the stewards as an independent judiciary to adjudicate those.

“There was an infringement and it doesn’t matter if it was Lewis Hamilton or any other one of the 19 drivers, if a breach has occurred of the regulations they will consider it on its merits. And also, further to that, I would say adjudicate it equitably and fairly in the circumstances, taking all the key elements into account.”

Hamilton said the recent change to engine ‘quali modes’ was another example of how Mercedes are being kept in check, as other successful teams have in the past.

“I don’t necessarily think that it’s for me,” he said, “I think probably most teams, whenever a team is at the front, obviously they are [under] a lot of scrutiny.

“Everything we have on our car is being checked and triple-checked. They are changing rules, such as the engine regs, lots of things to get in the way to keep the racing exciting, I assume.

“I don’t know if the rules, in terms of what happened today, was anything to do with it. But naturally that’s how it feels, naturally it feels like you we’re fighting uphill.

“But it’s OK, it’s not like I haven’t faced adversity before so we just keep our heads down and keep fighting and keep trying to do a better job and be cleaner and squeaky clean.”