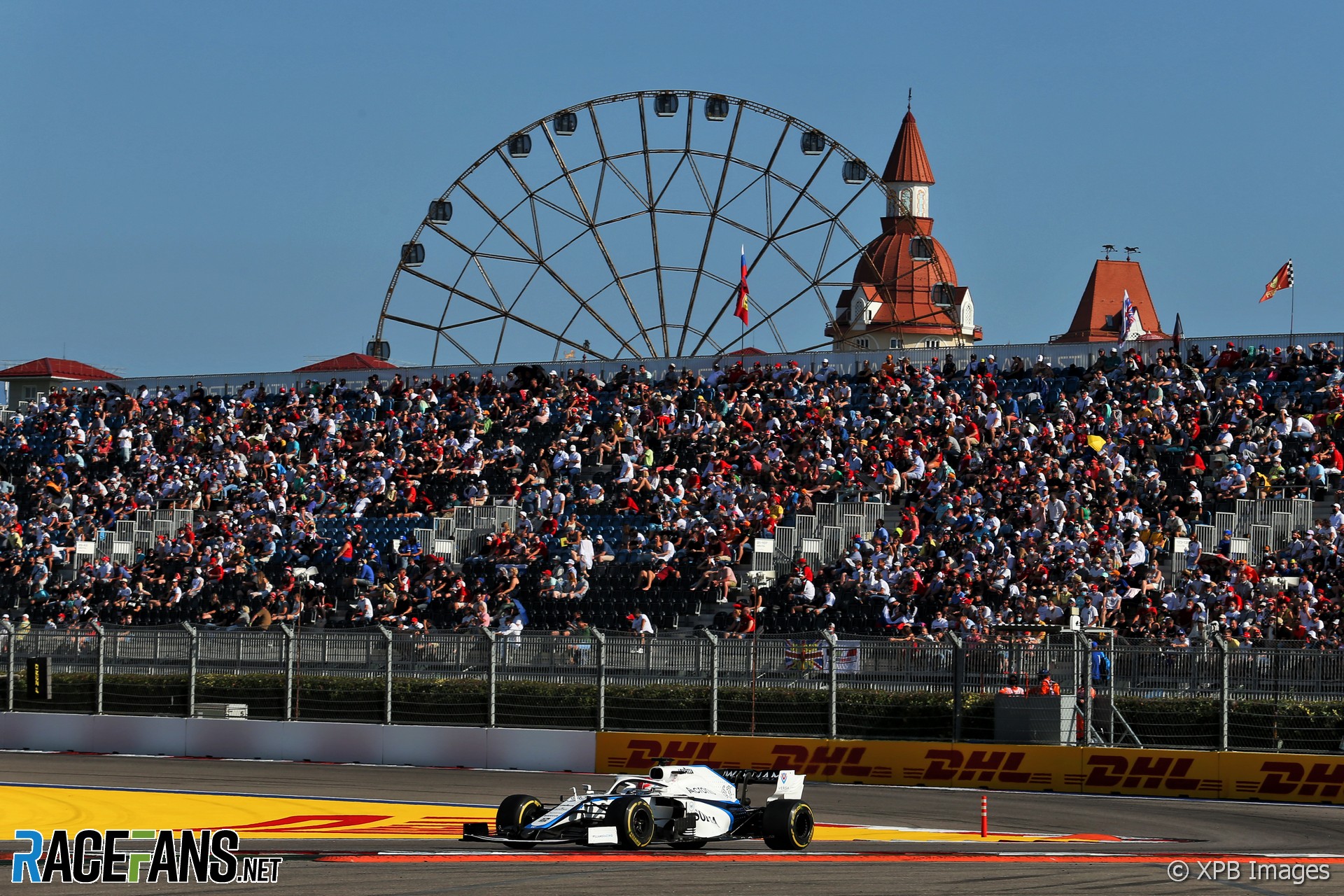 George Russell described turn two at the Sochi Autodrom as “one of the worst corners of the calendar” following yesterday’s Russian Grand Prix.

The first significant corner on the track, which was built six years ago, has been a focus of criticism following a series of incidents.

Russell revealed he proposed a redesign of the corner, scene of several incidents in recent years, in a drivers briefing earlier this season.

“Turn two of this circuit is firstly one of the worst corners of the calendar,” he said. “And secondly, for racing, is a terrible design.

“I actually suggested this in a drivers’ briefing earlier in the season: We’ve got the room and the space to create almost a Bahrain-style turn one and two, going into a kink, which will allow drivers to lunge one another into turn one to get better racing and also avoid people having to cut the track.”

Throughout the weekend drivers struggled to obey the track limits at turn two and many had lap times deleted for running wide. Drivers also criticised the layout of the blocks in the run-off which they had to drive through if they left the circuit. Carlos Sainz Jnr crashed heavily at that point on the track on the first lap of the race.

Sochi is regarded as one of the more difficult circuits to overtake on. Russell said altering this corner could contribute to more wheel-to-wheel racing.

“When you go into a 90-degree corner that actually tightens up on itself, when you’re three or four abreast obviously cars are going to get pushed off.

“I made a really good start. I just kept it absolutely pinned. I was alongside the McLarens and I braked really late. I was right behind Gasly but unfortunately, there were three cars on the inside of me and somebody pushed Norris off, which then pushed me off.”

Daniel Ricciardo collected a five-second time penalty for running wide at the corner. The Renault driver also advocated changes to the corner in order to improve the racing as well as the policing of track limits.

“I think they could do something better with it in general,” said Ricciardo. “Even just to allow more overtaking, maybe a different shape corner, less of a short apex.

“They’ve got quite a bit of room to play with. We have talked about it in the past. And maybe that would also eliminate the issue that we’re having with this cut-through.”

“Turn two has been one of those that’s been a challenge in different ways each year,” he said. “You fix things in one way and has another impact in another.