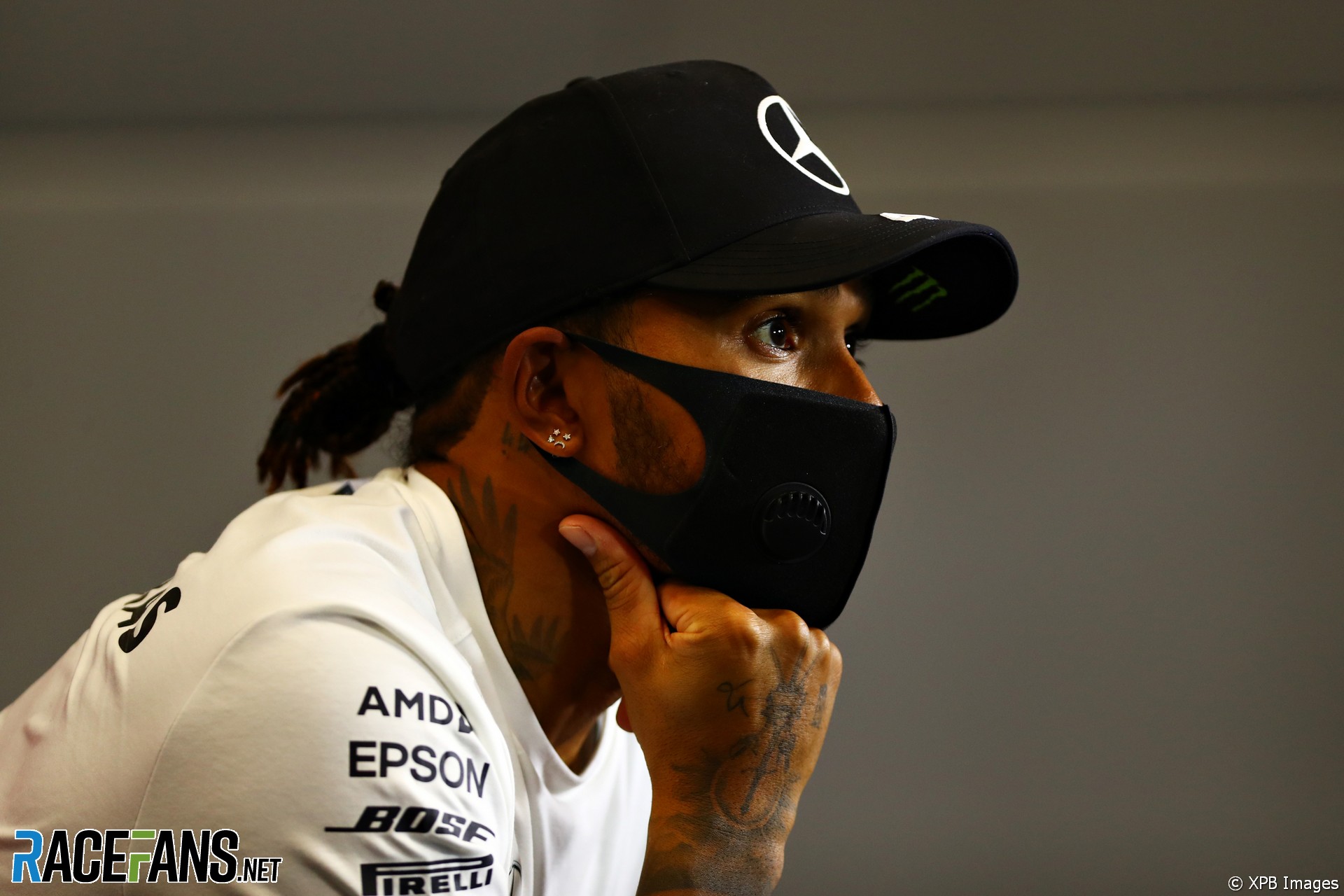 Lewis Hamilton has said he may not always make the right judgements “in the face of adversity”, after criticising the penalties he received during the Russian Grand Prix.

The Mercedes driver strongly criticised the two five-second penalties he was given during the Russian Grand Prix for performing his practice starts in an unapproved location. He served the penalty during his first pit stop, which dropped him from the lead of the race to third place at the finish.

“It’s to be expected,” said Hamilton immediately after the race. “They are trying to stop me, aren’t they?” Speaking in the FIA press conference later Hamilton suggested his team were being targeted in order to keep the championship contest close.

Hamilton made the remarks before the stewards rescinded the two penalty points he was originally given for the incident. He appeared to refer to his post-race reaction in a social media post on Tuesday.

“I may not always get it right in the face of adversity,” said Hamilton. “I may not always react the way you want me to when tensions are high, but I am only human after all and I am passionate about what I do.

“I’m learning and growing every day, and I’ll take my lessons and keep fighting on to the next one. Thank you to those who continue to support and are right there fighting with me.”

Following the cancellation of the two penalty points Hamilton is now on a total of eight instead of 10. An automatic ban is triggered if a driver reaches 12. Hamilton will have two points deducted following the Emilia-Romagna Grand Prix on November 1st.