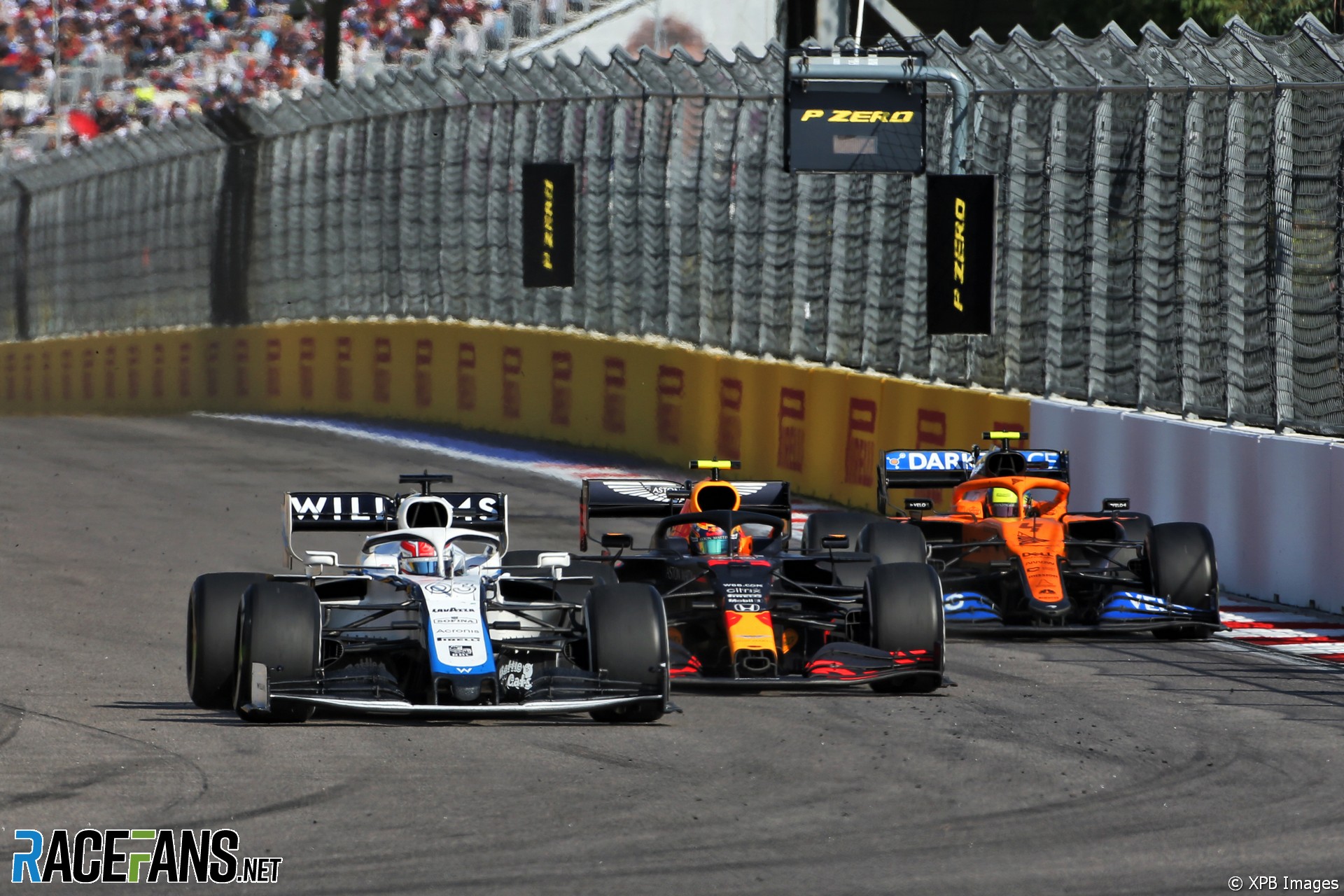 George Russell said it was “a relief” to get to the bottom of the tyre problems which he said were the cause of his poor result in the Russian Grand Prix.

The Williams driver finished last of the 18 runners at the end of the race after making a late, third pit stop for fresh tyres. He fought for position with Alexander Albon and Lando Norris earlier in the race, but dropped back after locking up one of his tyres.

“It was great to be battling with those guys,” said Russell. “Obviously, for me to be trying to hold up a Red Bull and a McLaren was very, very tricky.

“But we had really good straight-line speed this weekend, which actually made that much easier to keep them behind. And there was a good amount of respect between the three of us, which made it great.”

He admitted his lock-up “did actually hurt the race quite a bit” but said it wasn’t the reason he had to make an extra pit stop.

“We still would have had to pit from the hard because the hard would not have been able to make it to the end,” he said. “So unfortunately the pace just wasn’t there in the race today.”

The team’s post-race investigation produced some answers about why Russell had difficulty with his tyres during the race.

“I was very confused when I finished the race where the pace had gone,” he said. “We do know now why we had no pace in the race so that’s actually positive.

“It is a relief for me now because I was actually pretty disappointed and worried directly the race. We understand what went wrong today.”

“Long story short, the tyres were just running well over the window and obviously if the tyres are too hot and you keep pushing on them, they just degrade.”