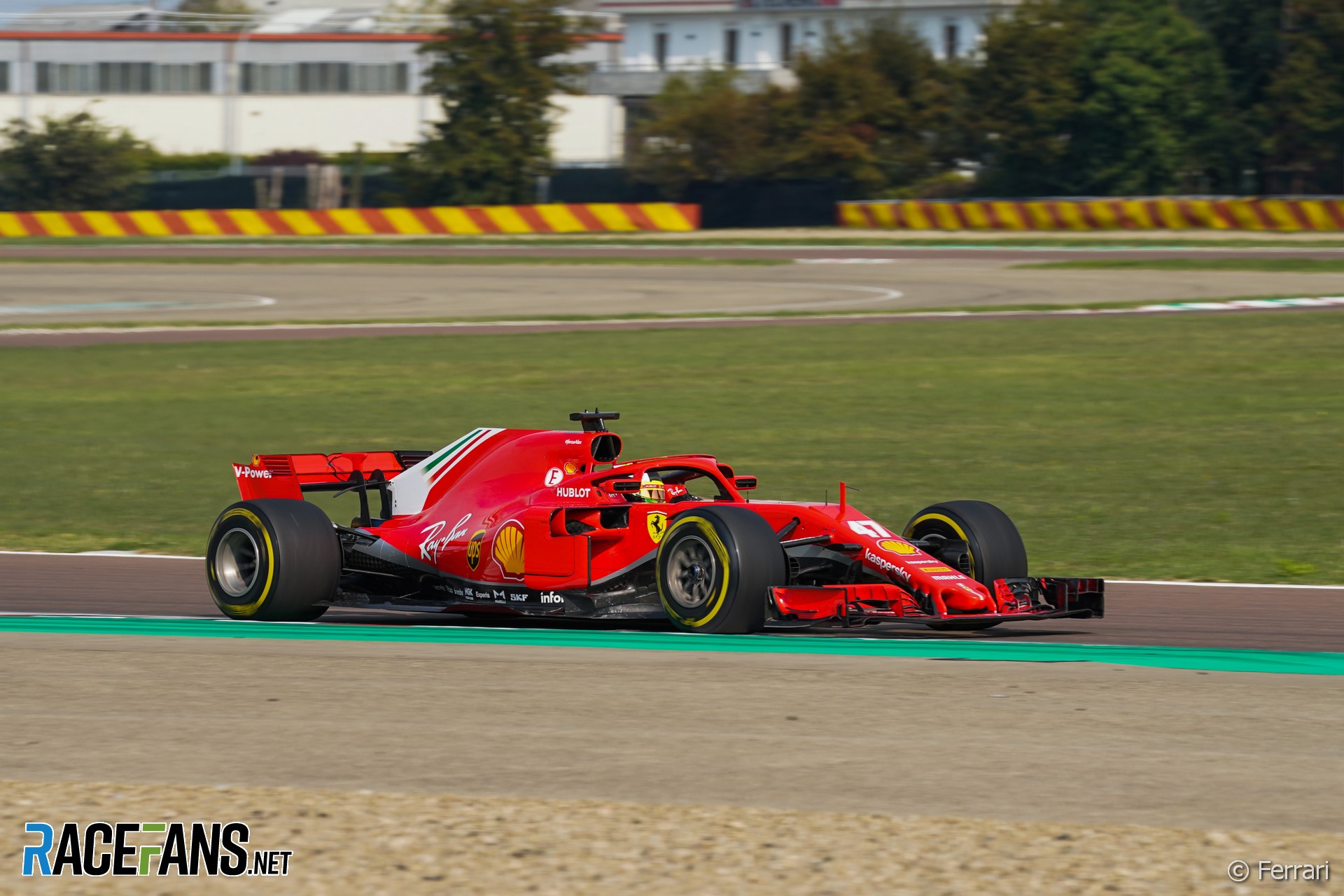 The three Ferrari junior drivers who will drive for its customer teams in forthcoming F1 practice sessions tested for the Scuderia at Fiorano today.

Schumacher and Ilott, who will drive for Alfa Romeo and Haas respectively in first practice for next week’s Eifel Grand Prix at the Nurburgring, have previously tested F1 machinery. Shwartzman had his first run in an F1 car today, ahead of his own practice debut in the season finale at Yas Marina in December.

Formula 2 championship leader Schumacher was the last of the three to take the wheel, driving with number 47. He is widely expected to make his F1 debut at next year, most likely at Alfa Romeo.

“It was very useful to get used to all the procedures again, which are pretty complex and also with how a team works in this top level of the sport,” he said.

“A few weeks ago in Mugello, I was able to drive an F2004, an amazing car, but quite old-fashioned now. Getting behind the wheel of a 2018 hybrid car allowed me to understand how important the electronics are for the power unit and how much progress Formula 1 has made in terms of aerodynamics.”

The son of seven-times Formula 1 world champion Michael Schumacher said today’s experience will help prepare him for his Nurburgring run next week.

“I can’t wait to jump into the cockpit in Germany and it will be nice to take part in a practice session for the first time in front of my home crowd,” he said. “In the team, there are some mechanics who worked with my father and that will make the day even more special.”

He Prema F2 team mate Shwartzman began the day’s running using number 35 just after 9am. “I have dreamed of the day when I would drive a Formula 1 car for the first time ever since I was a little kid and finally today was the day,” he said. “Driving this car was fantastic and great fun.

“The power is what strikes you most: When you accelerate the horsepower never seems to stop. The brakes are equally impressive: The car stops when it feels as though it’s too late to make the corner.”

Ilott, who is 22 points behind Schumacher and his closest rival in the F2 title fight, said getting the chance to drive an F1 Ferrari was an “unforgettable day.”

“I’d already been able to drive a Formula 1 car last year, but today I was able to get to grips with the car with just 10 days to go to my debut on a grand prix weekend,” said Ilott. “It was very useful and I thank Ferrari for giving me this opportunity.

“What struck me about the SF71H was its aero efficiency, which means you have grip levels you just don’t find in other categories. Then there’s the extreme power from the engine and instant braking.”

Ferrari did not release details of the drivers’ mileages or lap times. However Ferrari Driver Academy technical head Marco Matassa said the three drivers “were all quick and immediately began running at a good pace”.

“On a purely emotional level, it was wonderful to see the lads in their red race suit in front of their Ferrari, posing for the group photo,” he added. “Especially with Robert who was having his very first drive in a Formula 1 car, which is an unforgettable moment for any driver.”

Gallery: Schumacher, Shwartzman and Ilott test for Ferrari at Fiorano