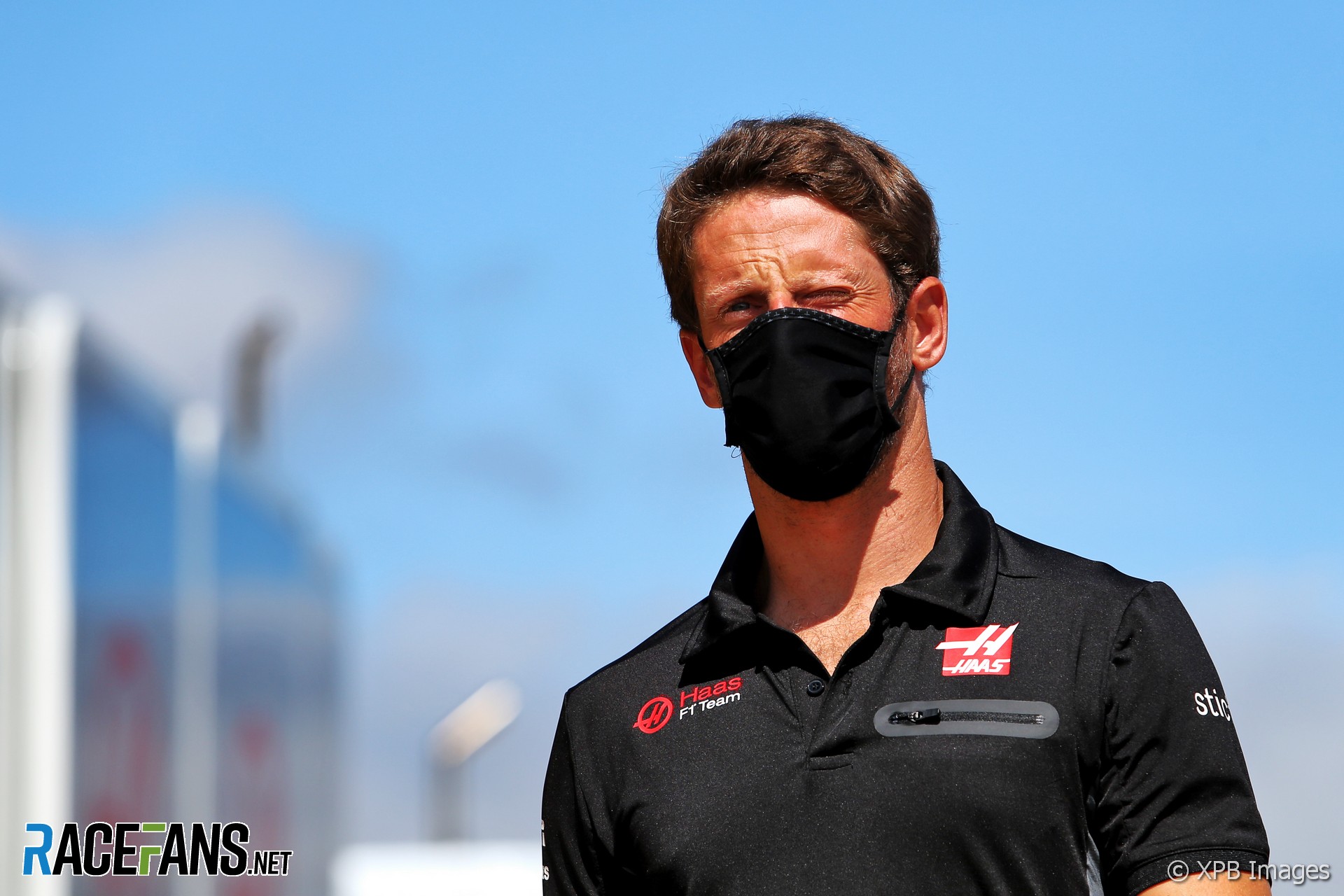 In the round-up: Romain Grosjean rules out a possible switch to IndyCar if he cannot stay in Formula 1 next year.

Haas are known to be considering alternative drivers for the 2021 F1 season:

Most likely I’ll stay in Europe. In America obviously IndyCar is a beautiful championship, but I’m not really tempted by ovals, and they even may scare me so I don’t really want to do ovals.

So for America, there’s a few endurance championships. But I think in a future, Hypercars in Le Mans 24 Hours and the World Endurance Championship can be nice. Formula E is definitely an option. There are some good drivers up there and some good teams.

In Formula 1, obviously everyone can do the maths and see what the seats available are.

With 10 races down, we have more than passed the halfway point of the season and a catch-up with our driving duo is long overdue. So how has the season been so far @DanielRicciardo, @OconEsteban?#RSspirit pic.twitter.com/GWKpxsoZye

Andrew Shovlin: "The other fact was actually about Valtteri’s race. If Lewis starts to drop off, he’ll lose pace, Valtteri will back into Lewis but more importantly Verstappen starts to move into undercut range. And we always want to protect the win for the team and at that point not only would it have hurt Lewis’s race if we had left him out, it would have started to compromise Valtteri’s race and would have given Verstappen an opportunity to take the lead and principally that’s why we did it."

"For many years with McLaren, Lewis was team mates with Jenson (Button), team mates with (Nico) Rosberg as well, and he was not winning the championship those years. He knows he needs the best package as well."

"The stars of the NASCAR Cup aeries will take on a new challenge at the racing capital of the world in 2021, competing on the Indianapolis Motor Speedway road course for the first time Sunday, August 15th. The revamped Brickyard Weekend also will feature a brand-new IndyCar series race Saturday, August 14th on the road course, setting the stage for another history-making NASCAR-IndyCar weekend after this year’s successful collaboration at IMS."

Josef Newgarden: "We could have had four or five wins by now, and it could have been a different fight, but we find ourselves 72 points back with three races to go. We’re still going to go for it and maximise every race. If we win three in a row and things fall our way, who knows, we could still win the championship."

"This difficult decision has been made according to public health criteria, in order to ensure the safety and health of all people involved in the event."

"I expected it to be a good race weekend because of the good work that we did beforehand. We went in with really good confidence and we were able to put it all together. That was our best Qualifying result so far as a team and we want to carry this on to Bahrain."

Interesting to hear more of the positives rather than the negatives regarding this incident. I saw it more as a warning of another potential safety hazard: these low-nosed cars like to dig under the barriers, and can you imagine if one of the drivers was trapped under the barrier with the car on fire and the fire marshals taking minutes to put out the fire?
@Kaiie

62 comments on “Grosjean prefers WEC and Formula E to IndyCar: ‘Ovals may scare me’”