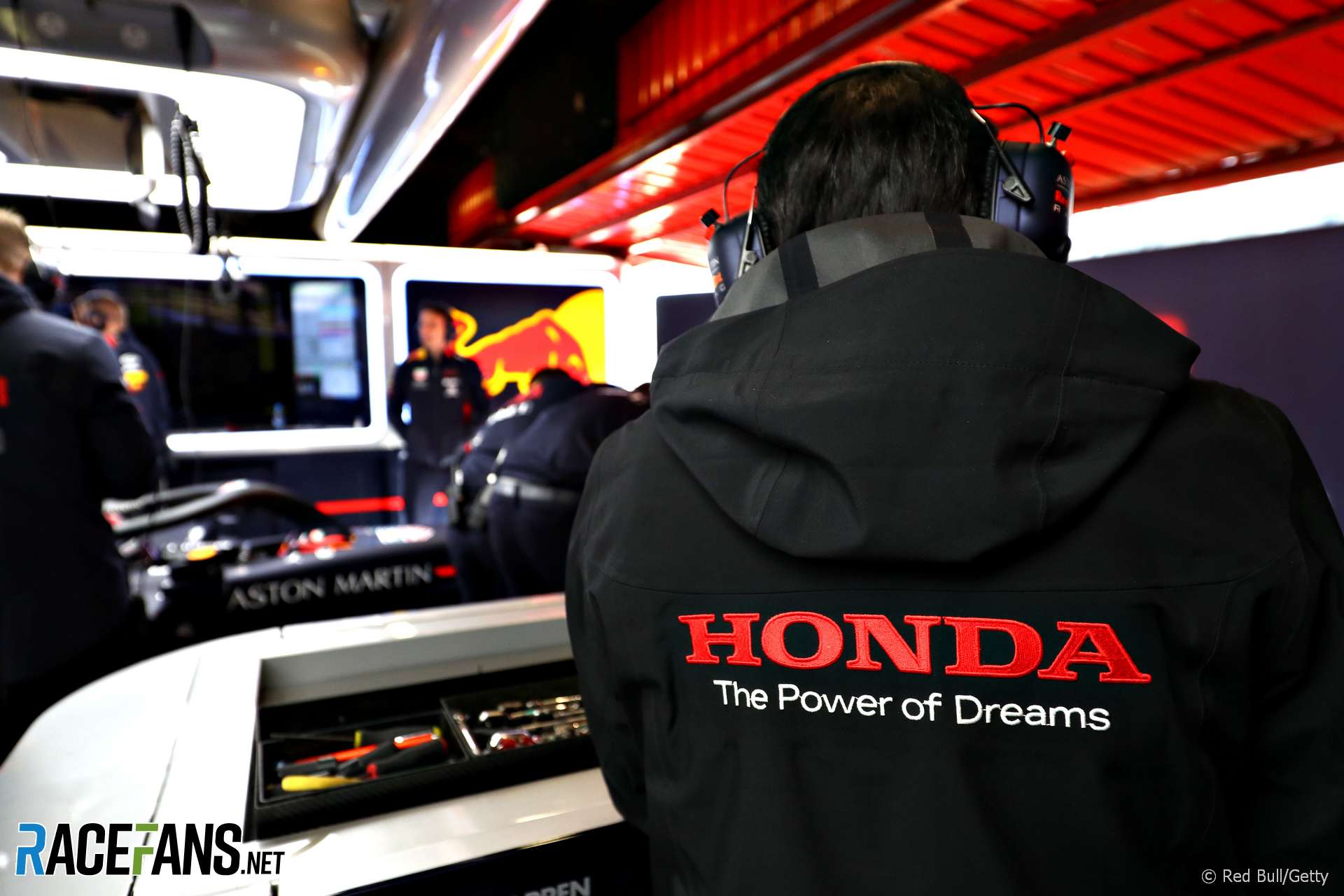 Red Bull and AlphaTauri power unit supplier Honda has confirmed it will leave Formula 1 at the end of the 2021 season.

The team first revealed on social media today it would “conclude participation in [the] FIA Formula 1 World Championship.”

The Japanese manufacturer, which has participated in F1 on three previous occasions in the past, has won five races since its last return in 2015.

It originally rejoined the sport with McLaren. However the two split after three unsuccessful years, leading Honda to partner with Toro Rosso. That led to an expanded deal under which they also supplied Red Bull with engines from 2019.

Red Bull and Honda scored their first of four wins together in the ninth race of the season at the Red Bull Ring. Their most recent success came at Silverstone this year, and Red Bull-Honda lie second in the constructors’ championship. Honda also scored a surprise second win this year with its other team, now renamed AlphaTauri, at Monza.

Nonetheless Honda has decided to terminate its F1 project at the end of next season. In a statement the manufacturer said it “needs to funnel its corporate resources in research and development into the areas of future power unit and energy technologies, including fuel cell vehicle (FCV) and battery EV (BEV) technologies, which will be the core of carbon-free technologies.”

Red Bull said: “We would like to thank them for their exceptional efforts as a power unit supplier and look forward to continued success for the remainder of 2020 and 2021.”

AlphaTauri team principal Franz Tost said the team “respect the reason behind Honda’s decision to focus on environmental initiatives and to strive for the realisation of carbon neutrality”.

“Everybody at Scuderia AlphaTauri wish them well in reaching all their goals and to have a successful future ahead,” he continued. “We sincerely want to thank Honda for the fruitful cooperation, we really enjoyed every day we’ve been working together.

“It won’t be easy to find an engine partner like Honda but, of course, we will start looking at all possibilities to find the best power unit solution from 2022 onwards.”

Honda Motor Co., Ltd. today announced that it has decided to conclude its participation in the FIA 1 Formula 1 (F1) world championship as a power unit supplier at the end of the 2021 season.

In 2015, Honda resumed competition in F1, the most prestigious automobile racing series in the world, with the goal to win using its own energy management technologies. Initially, Honda experienced a number of difficulties; however, by demonstrating the collective strength of “All Honda,” including the utilisation of its aircraft engine technologies, Honda has realised a high level of competitiveness.

Moreover, as a result of the growth Honda achieved together with Red Bull Racing and Scuderia
AlphaTauri under a strong partnership with both teams, Honda was able to attain its goal of earning victories with three wins last season and two wins* so far in the 2020 season.

In the meantime, as the automobile industry undergoes a once-in-one-hundred-years period of great transformation, Honda has decided to strive for the “realisation of carbon neutrality by 2050.” This goal will be pursued as part of Honda’s environmental initiatives which is one of the top priorities of Honda as a mobility manufacturer.

Toward this end, Honda needs to funnel its corporate resources in research and development into the areas of future power unit and energy technologies, including fuel cell vehicle (FCV) and battery EV (BEV) technologies, which will be the core of carbon-free technologies. As a part of this move, in April of this year, Honda created a new centre called Innovative Research Excellence, Power Unit & Energy. Honda will allocate its energy management and fuel technologies as well as knowledge amassed through F1 activities to this area of power unit and energy technologies and take initiatives while focusing on the future realisation of carbon neutrality. Toward this end, Honda made the decision to conclude its participation in F1.

Motorsports activities are in Honda’s DNA, and therefore Honda will continue to be passionate about taking on challenges and striving to become No. 1 in all categories of racing in which Honda participates.

In F1, in order to fulfil the expectations of its fans, Honda will work together with Red Bull Racing and Scuderia AlphaTauri to continue competing with its utmost effort and strive for more victories all the way to the end of the 2021 season.

With its “challenging spirit” cultivated through motorsports activities, Honda will take on the new challenge of the future realisation of carbon neutrality.

Honda will appreciate the continuous understanding and support for its motorsports activities and for the new challenge of Honda.