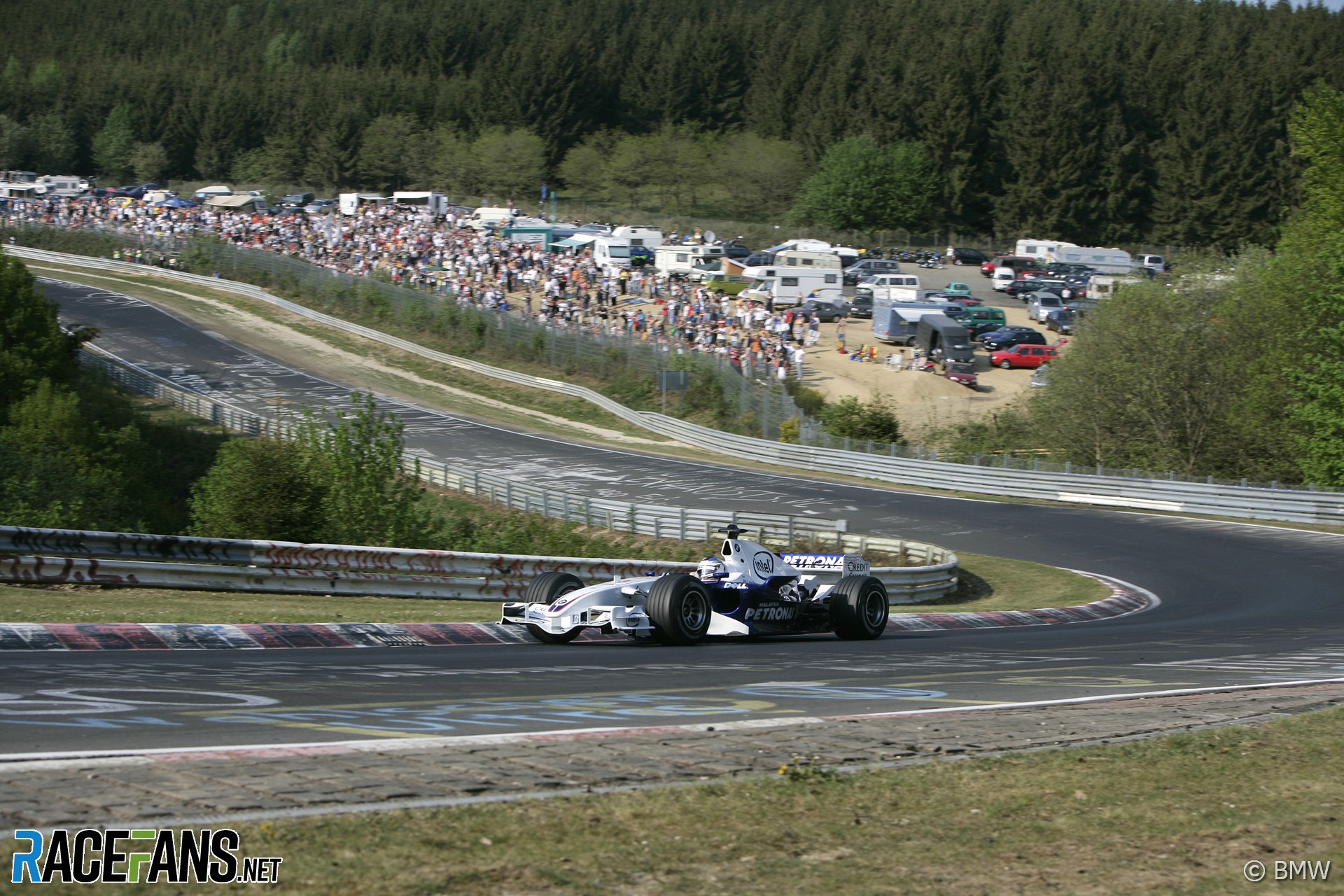 In the round-up: McLaren team principal Andreas Seidl doubts anyone is likely to tackle the Nordschleife in an F1 car soon.

Seidl was an engine engineer for BMW when Nick Heidfeld took a heavily-adjusted BMW Sauber F1.06 around the full Nordschliefe layout and as Porsche WEC team principal oversaw the 919 Tribute project which set a new lap record on the circuit:

I have great memories doing the record lap with the Porsche LMP team on the Nordschleife some years ago fantastic track, a fantastic history.

But I think at the same time, it’s also clear that it is a track which is dangerous. If you will go there flat out with the Formula 1 call, it is a dangerous adventure and I’m not sure if any one is ready at the moment to try that. And for McLaren, that’s not a topic at the moment.

🗣️ “The last two days have been extremely productive. This morning we were fastest, the run plans went really well, and we have been able to test what we wanted. The whole atmosphere has been amazing."

"Every record is going to be broken at some point…"

Not necessarily – here are 10 Formula 1 records which will never be broken:https://t.co/wc6XCJYQdm #F1

I’ve had 19 mind blowing seasons in the 48, now it’s your turn @alexbowman88. I know I’m leaving her in great hands brother. #DoItRight pic.twitter.com/Rv4YFWbJhT

I was there. Amazing day I was @nigelmansell fan and stood next to an @Prost_official fan. We celebrated together https://t.co/ppDyOjCMdk

"Others to climb into the cockpit included Hansen’s World RX rivals Andreas Bakkerud and Oliver Bennett, two-time FIA Formula E Champion and former Formula One driver Jean-Éric Vergne and fellow competitor Jerome d'Ambrosio, as well as rising single-seater stars Sophia Floersch and Billy Monger. There were also a few major profile drivers who came and tested privately and therefore can’t be named. However, one of them, Formula 1 star Valtteri Bottas, who is also a rally enthusiast, later went on to share his experience on his social accounts."

HAAS boss Steiner looking to ease the pressure on Ilott, ahead of FP1 debut (Formula 2)

"'We don’t look too much at the time, we’re looking at his consistency and the feedback he can bring to the team,' Steiner explained. 'That’s where we judge a driver, not on outright pace, because 90 minutes is not a long time to be sitting in a car like a Formula 1 car.'"

Miller: Ovals are on the ropes but that's not Penske's fault (Racer)

"'I don’t know why, the racing is good, but people just don’t go to ovals anymore,' said Mario Andretti, who campaigned long and hard to keep Pocono on the calendar before it was dropped after 2019."

"World RX boss Paul Bellamy said in a statement: 'Despite this year’s challenges, we are proud to be delivering the 2020 FIA World Rallycross and FIA European Rallycross Championships this season, and looking forward to Spain, Belgium and Germany to complete the season. We are currently evaluating multiple options for the future of these championships in discussion with the FIA, and will share more detail in due course.'"

Dave says it’s unreasonable to compare the past of F1 with its present champion because like the car technology, athletes and race craft have radically improved over the series’ 70-year lifespan:

Agree with those who say “most successful” is the best way to describe Hamilton. What gets missed is how he operates. He drives like a combination of Senna and Prost, and has Schumi’s team motivating skills. If a team mate beats him he spends a huge amount of time studying how and improving so he has a Vettel like ability to do work. A combination of Senna, Prost, Schumi and Vettel is a pretty powerful package. Rosberg has also commented on his ability to go right up to the limit in battles.

What I am intrigued to see is whether his on track skills can match Verstappen and the young guns who seem to hang it out round several corners when fighting for position. Not seen Hamilton do that for some years now. Regardless, he is one of the best and like any sport, the athletes of today are far far better than their historical counterparts, which is why it’s not fair to compare different eras.
Dave