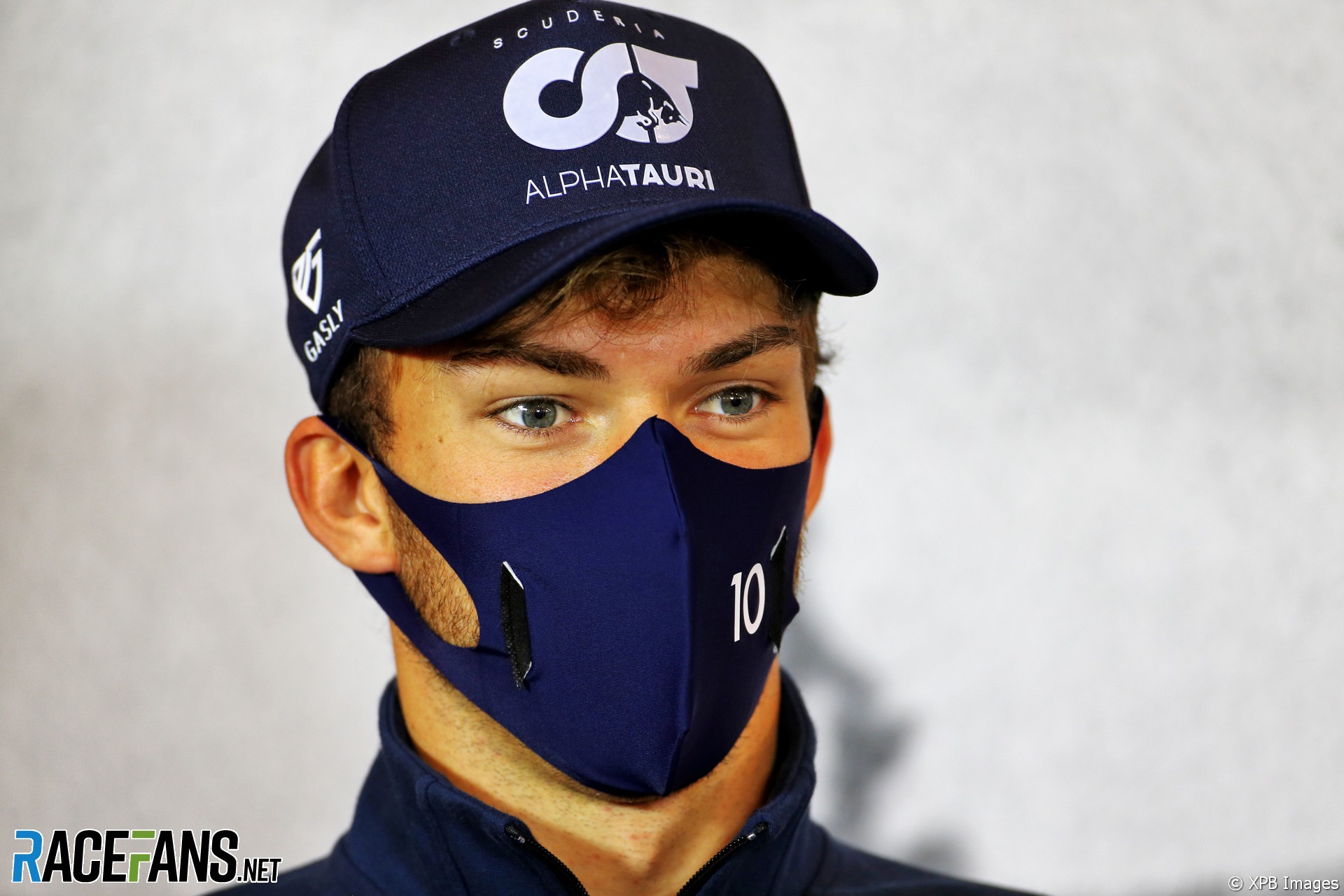 Pierre Gasly believes Honda could have had a “bright future” in Formula 1 had they not chosen to leave the sport.

The Japanese manufacturer announced last week they will pull out of the championship at the end of 2021. Gasly has used their engines throughout most of his F1 career and seen first-hand the progress Honda have made.

“I have had a pretty long relationship with them, starting in 2017 in Super Formula,” said Gasly, “I really enjoyed and I’m still enjoying working with with these guys.

“They are really dedicated, committed, and when they have a target in mind that they work so hard until they achieve it. So honestly, it’s sad, sad news.

“But we still have some more races together and we need to make sure that we make the best out of it. I’m sure we can have some great results ’til the end of next year together.”

Honda’s rate of progress since 2018 has impressed Gasly, who won the Italian Grand Prix using one of their power units. “It’s quite sad to see them leaving F1 after so much hard work,” he said. “The evolution, the development, I think has been very impressive over the last few years.

“They managed to win races last year. Now, this season with the two teams, Red Bull and AlphaTauri, I could see a very bright future for them. So hopefully they can get a shot at the title next year before they leave.”

Despite being disappointed by their coming exit, Gasly said he accepts Honda’s reasons for its decision.

“I don’t think that they let anyone down. There are strategic reasons [for] why they do this. And I really trust these people. I really believe that they do the right thing for them.

“Obviously, on a personal level, just looking at my situation and our situation, I would have loved to see them carrying on in Formula 1 and I could see a bright future for them. They started to fight for race wins on a more consistent basis and top three finishes, podiums.