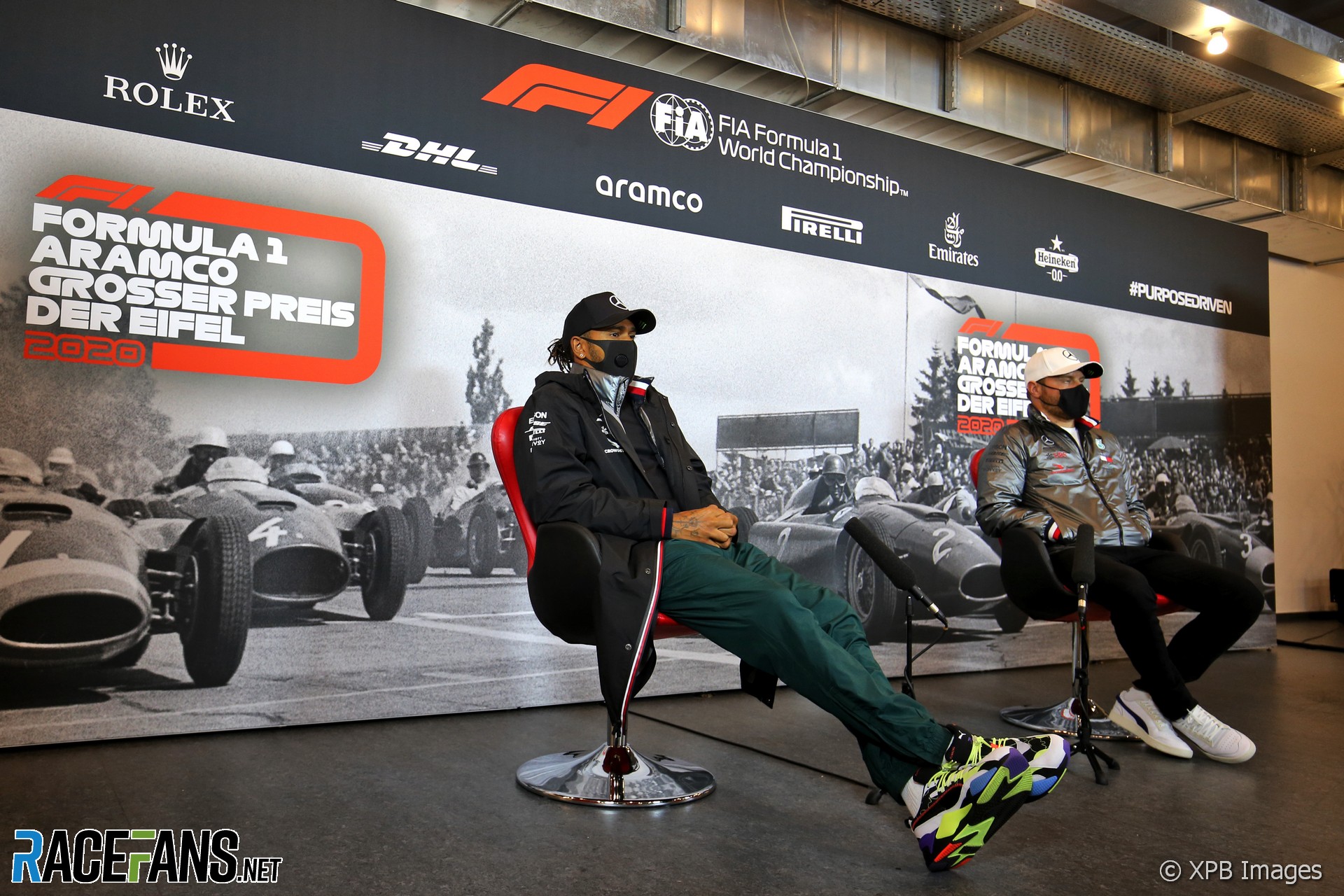 “We are testing constantly back in Brackley,” he said. “Everybody tested between Monday and Wednesday, and there was not a single positive case.

“Then when we arrived we did a second test and one person was tested positive and was obviously quarantined. And everybody around him that was in the car or worked with him, also got quarantined and they had a second test now that is negative.

“Then we had a second positive test and also everybody who was around him was was put in quarantine.”

Mercedes have had to call on back-up team members for this weekend’s race. “We flew six people in yesterday from the UK and they were all tested,” said Wolff.

“It’s certainly not a not a good situation because every person is very important. But I guess this is something that’s going to follow us for quite a while.”

All F1 staff are tested for Covid-19 before travelling to and at each event, with temperature checks being taken daily to permit circuit access and teams required to remain in strict bubbles which prevent staff and media or between F1 and its support series intermingling.

Wolff said Lewis Hamilton and Valtteri Bottas, who are leading the drivers championship standings, had to live “like a hermit” to avoid the risk of infection.

“Obviously, the drivers are the most restricted of the whole team,” he said. “It’s certainly not a great situation for them because you almost need to live like a hermit and that’s what they doing.”

“They are [staying] at home. They are not going out for dinners. They are not meeting any other people within the team that we do.”

Mercedes are even limiting contact between the drivers and their engineers, conducting debriefs remotely, Wolff said.

“The debriefs are via Zoom or Microsoft Teams, they’re not sitting with the engineers in the room – they’re sitting in their own rooms.”

“We are avoiding as much as possible any personal contact with them individually, we tried to do it as – literally – stepping into the car and driving the car, keeping the safe distance whilst we belt them in and and then drive.”

He said it is essential to Mercedes’ championship hopes that their drivers are protected from exposure.

“That is really critical for the championship, if you miss a race or two,” he said. “So unfortunately for them, they need to live a life that is a bit secluded. But we think what the decisions we’ve taken are good and protect them.”