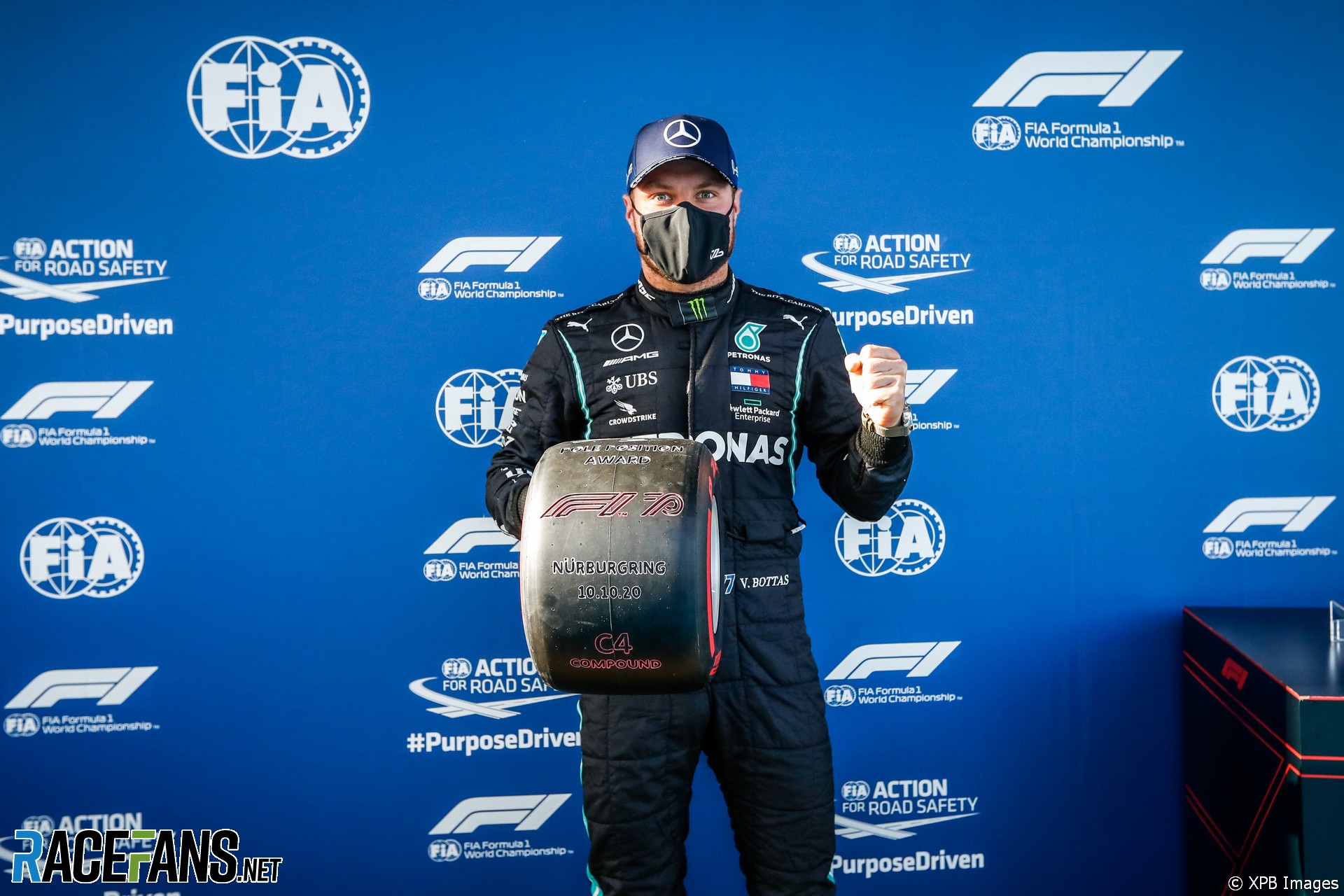 Valtteri Bottas says he got his final lap in qualifying “spot-on” as he stormed to pole position for the Eifel Grand Prix.

The Mercedes driver beat team mate Lewis Hamilton and Red Bull’s Max Verstappen by two tenths of a second to claim his third pole of the season.

Bottas had been in second place after the first run in Q3, but was able to put together a strong lap to take pole at the chequered flag.

“It’s such a nice feeling when you get it done on the last lap, with your last chance,” said Bottas.

“My last lap in Q3 was spot-on. It was just what I needed. It was nice to get it together.”

With all Friday running having been called off due to bad weather meaning there was only a single practice session before qualifying, Bottas admits it proved a challenging session.

“It’s been pretty tricky, obviously, with the short practice and with these cold conditions, getting the tyres into the sweet spot on the out-lap. That was one of the biggest things,” says Bottas.

“There are different things you can try and do on the out-lap, whether it’s braking or doing different things. But ultimately I got the tyres there and the last lap was really nice. I really enjoyed it.”

With a gap of 44 points in the drivers’ championship to Hamilton to overturn, Bottas is confident of converting his pole position to victory tomorrow.

“Of course I believe [I can]. That’s the only goal for tomorrow. Hopefully we can have a good start.”

4 comments on “Bottas: “Spot-on” pole position lap was “just what I needed””