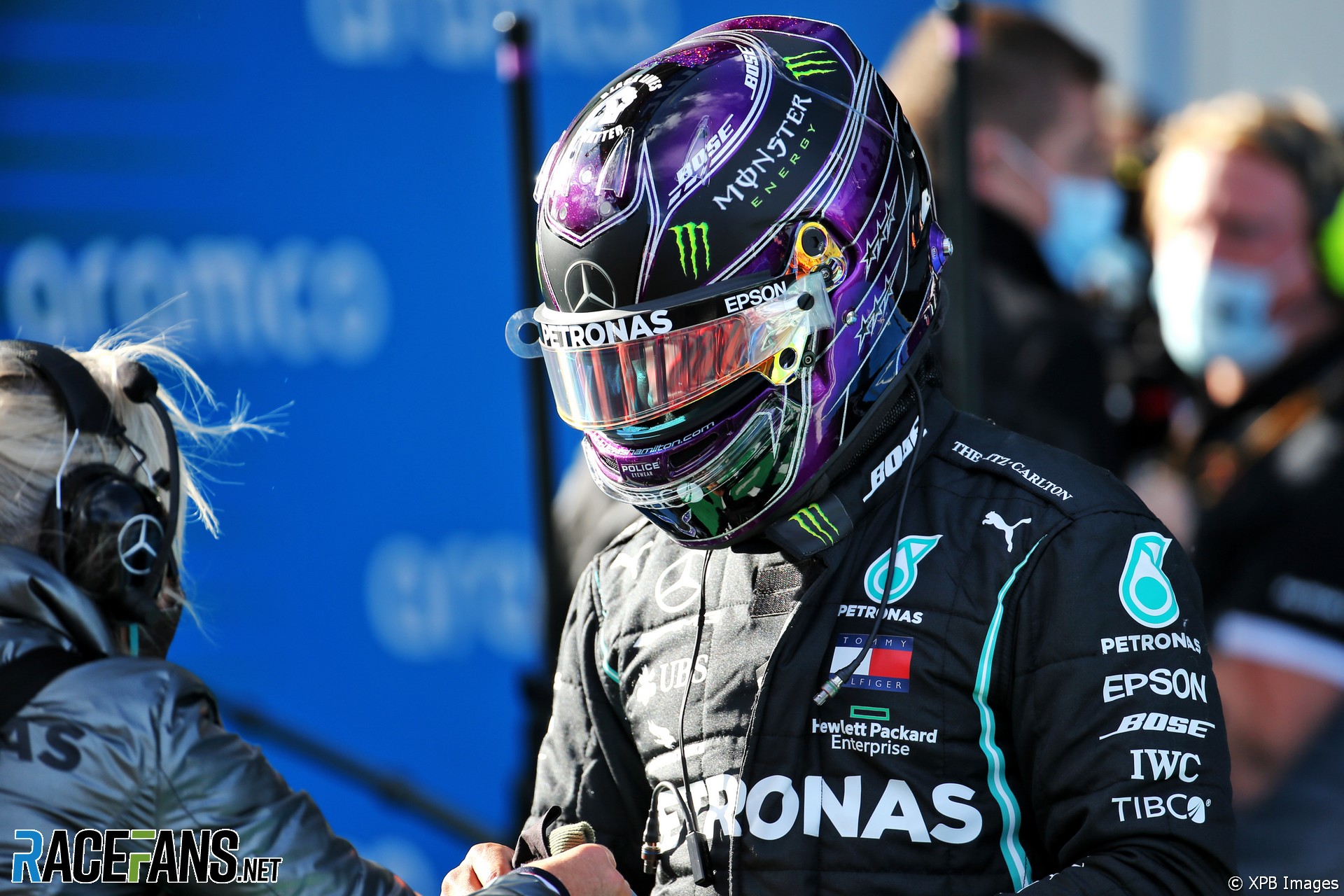 Lewis Hamilton said he wanted to start the Eifel Grand Prix on the medium tyres, but was overruled by his Mercedes team.

Both Mercedes drivers ran the medium tyre compound at the beginning of Q2, as did three other drivers. Hamilton set a considerably quicker time on his mediums than the others, lapping second-fastest.

Nonetheless Mercedes chose to put him and Bottas on softs for their final runs. They set their quickest times on those tyres, meaning they will have to start the race on them.

“I could have got through on that tyre,” said Hamilton. “I wanted to start on it just because I always like to so something different. But the team chose for us to both be on the same tyre.”

However Hamilton is confident the team have chosen the best tyre for him to start the race on. “We’ll see whether it was the right choice tomorrow. I’m sure it’s the right choice, I think the other one would have been a little bit hard.”

Valtteri Bottas, who will start the race from pole position, said he preferred the soft tyre compound.

“We tried the medium time this morning in practice one,” he said. “But when we had it, it was a pretty green track, so it was quite tricky to get a proper read of the tyre, how it’s behaving when the track gets better.

“So we tried it [in qualifying]. For me that run was quite poor. I couldn’t get enough temperature in the out-lap to the tyres. So I’m happy to be on the soft.”