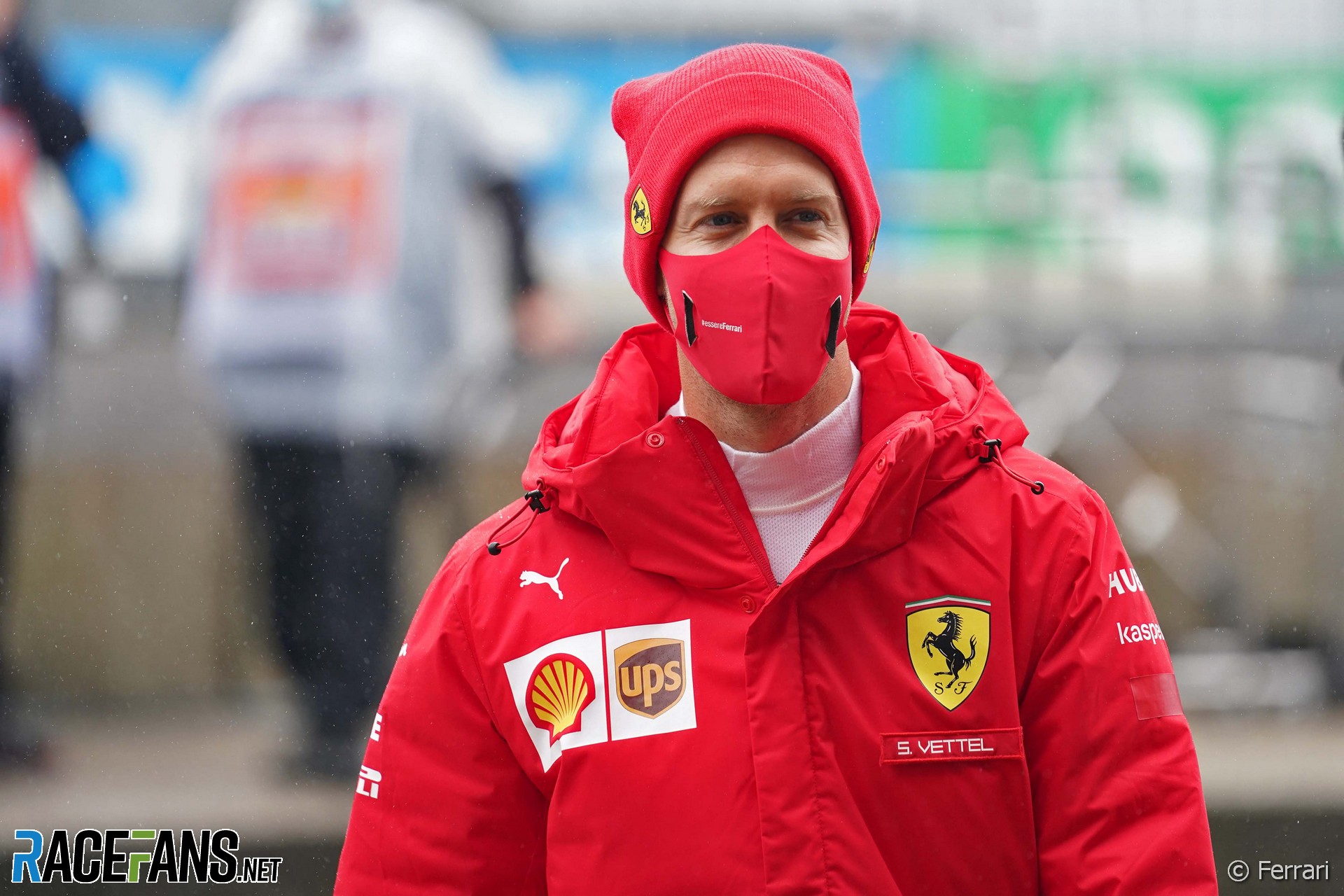 In the round-up: Sebastian Vettel says he could be interested in taking on the Nurburgring 24 Hours after his F1 career.

More people are reading RaceFans’ motorsport coverage than ever before. Nonetheless, in these difficult times, the financial challenges we face have never been more pressing.

Your contributions are more important than ever, particularly as we make our plans for 2021.

This is why we are asking our readers to sign up as RaceFans Supporters and pay £12 per year/£1 per month (or the same in your local currency) to help us continue to bring you original, independent motorsport news, features and analysis.

As well as helping us drive on into 2021, all Supporters enjoy an ad-free browsing experience on RaceFans. See here for more information and to sign up to out Supporter Drive:

Vettel’s brother Fabian contested the 2019 24 Hours of Nurburgring in a Mercedes GT3. The four-times champion said he hopes he would pick a year when the weather is good:

As some say I’m close to the end of my career, maybe it’s something to think about. But I’m sure I will be busy next year and the year after. So I don’t know.

I’ve always liked to follow other categories and other races. I think the 24 hour race here is a race that everyone knows and everybody looks up to, in a way, I think it’s one of the biggest challenges in the motorsport world.

So who knows? Maybe yes. Hopefully I pick a good year because it can be quite a big challenge with the weather as well. So but yeah, I think I don’t know. It’s probably a question more for later days.

Then once with GT Open when half the Saturday was lost to freezing fog. Insane timetable congestion followed. When the sun came out it looked lovely but as actually 2 degrees C, so no heat in tyres whatsoever and cars spinning everywhere

Everyone : what is Charles doing ?
Me : pic.twitter.com/Xq1srtL3yQ

Can confirm this is actually happening … pic.twitter.com/vaytzcnY2J

Please wake me up when it’s time to drive. Thanks 🌧 pic.twitter.com/GllH0OBZqd

"Circuit Spa has presented a ten-year investment plan of more than €80 million, the first phase of which will see changes made to bring endurance motorcycle racing back to the circuit."

"We have our beliefs on how the tyres will behave, based on science and engineering, but we needed to put those into practice to confirm. Given the conditions, this has not been possible, so we will head into tomorrow with many unknowns, which should make for an interesting event."

"Asked how he’d been keeping himself busy on what was an unusually quiet day for the drivers, the Mercedes star replied: 'I’ve got Roscoe (his dog) here with me, so a bit of messing around with him, but otherwise I’ve been looking at onboard footage of other years we’ve been here in the rain.'"

"I would have loved to have been able to go out and do some laps of course, but unfortunately the weather set against that. Hopefully I can get another opportunity before the end of the year, but if this is the only one then it’s been an experience."

"Mick Schumacher, who was poised to make his debut in an official race weekend session, couldn’t make it out of the garage as the pitlane lights remained red. Kimi Räikkönen and Antonio Giovinazzi – who last drove on this track in 2013 and 2015, respectively – will need to wait one more day to reacquaint themselves with the circuit. The engineers will have no data to crunch, albeit their evening will be a busy one as they rearrange the FP3 programme to make up for lost time. Everyone up and down the paddock remains in this fine balance between expectation and disappointment."

"A highly competitive field of 56 cars representing 11 world-leading automotive brands will chase glory at this year's 24 Hours of Spa (22-25 October). The 72nd edition of the twice-around-the-clock classic will be the first to take place during the autumn months, adding a new dimension to the familiar challenge posed by the undulating 7km Spa-Francorchamps layout. Indeed, competitors will need to contend with considerably cooler temperatures and significantly more night running at GT3 racing's gold standard event."

"The 12-stage virtual race, which is taking place on the Dirt Rally 2.0 platform, features four classes, including a Metro 6R4 class in memory of life-long Jersey Rally fan Mark Lowe who died from coronavirus earlier this year."

"Schumacher went to Ferrari in 1996, with a brief to rebuild the team into a championship winning force again. It took four years but he did so. Hamilton left a successful and race-wining team in McLaren to join the still unproven Mercedes."

Look Ahead thinks that F1’s pursuit of OEMs and road relevance distracts from the purer business of racing – which fans like, regardless of teams’ provenance from factory or family:

F1 should not be overly enamoured with the road car manufacturers participating in the series. Other than Ferrari, they come and go as they please. Pandering to their demands will just lead F1 to being held to ransom. When independent racing teams were winning numerous titles with the Ford DFV, the prestige of F1 wasn’t diminished at all just because it wasn’t won by road car manufacturers. There was no shortage of fans attracted to the independent racing teams. So I say just let F1 be all about racing, with an ample grid of the fastest cars racing on the best circuits and driven by the best drivers. Forget about using F1 to advance road car technology. The biggest performance differentiator in F1 is aerodynamics. The teams spend incredible amounts of money on that, but whatever learned there has no road relevance to the cars sold to the public. I believe even supercar manufacturers have little use for the knowledge gained in making super intricate F1 wings, barge boards and floors. So let’s go back to a Ford DFV powerplant model, but of course using current ICE technology.
Look Ahead