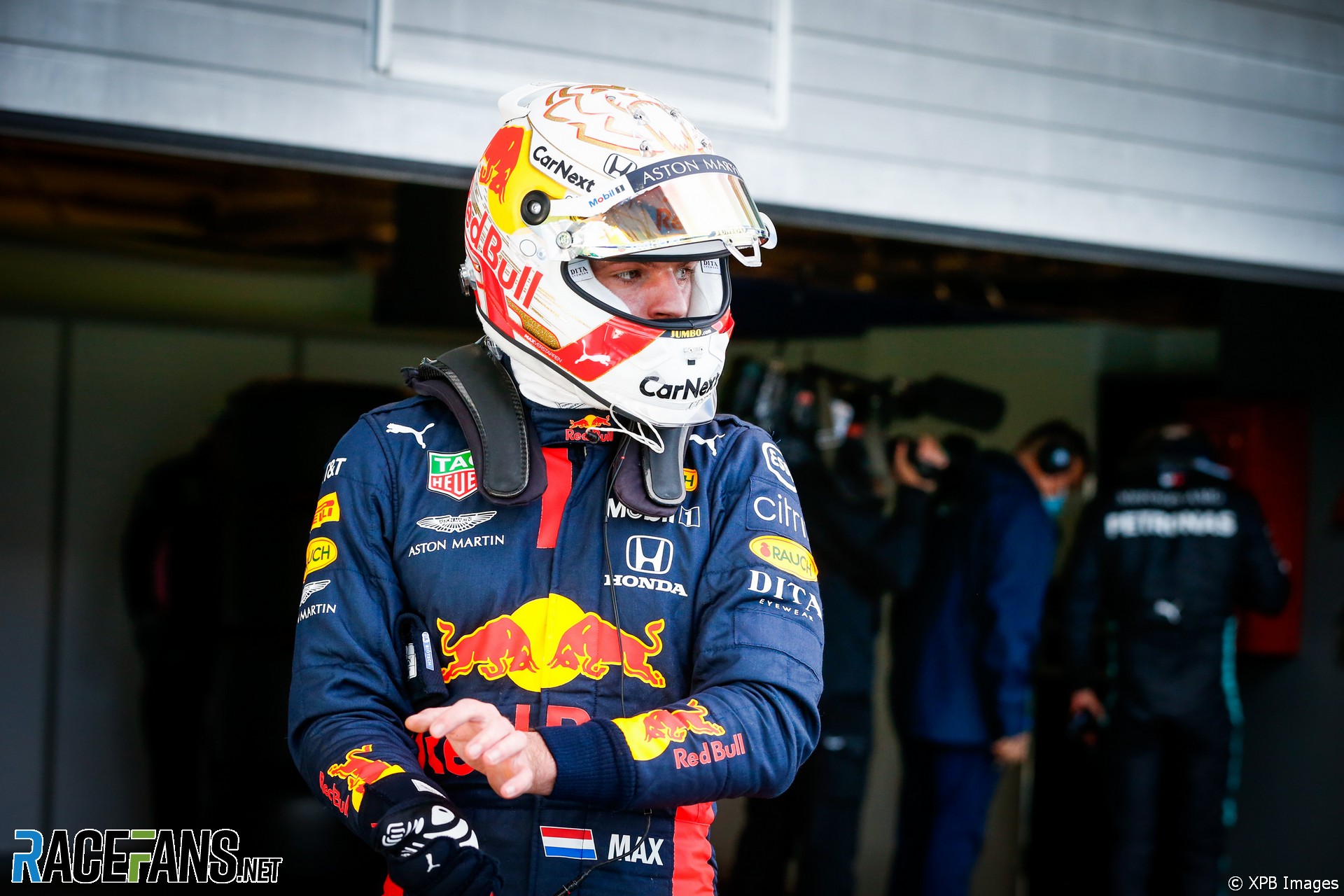 Max Verstappen says Red Bull have made a clear improvement with their car after the team lapped closer to Mercedes than they have all year at the Nurburgring.

Having been quickest at the start of Q3, Verstappen slipped to third place behind the Mercedes at the end. However his 0.256 second gap to the quickest Mercedes is the closest Red Bull have been so far this season.

Despite this improvement, Verstappen wasn’t completely happy with his car’s balance in qualifying, saying he had too much understeer.

“Overall today’s been pretty OK,” he said. “The car’s been handling quite well, Quali as well I felt quite comfortable.

“There were a few little balance thing I would like to improve but of course you have short notice. But overall it was a good qualifying. I just struggled a bit with understeer.

“I don’t like understeer, but this track at the moment when it’s so cold with the tyres it just didn’t come towards throughout qualifying. In the beginning it was fine and then it just slipped away a bit.

“When you’re understeering you can’t carry that mid-corner speed through the corners, you have to freestyle it a bit more and you lose a bit of time. But still a good qualifying to be that close to them.”

“The engine is the same,” he said. “We brought a few upgrades so the car is working a bit better. Of course with only having run today there is still la lot of things to go through and analyse and optimise because of the understeer I can in the car.

“But it’s definitely a good step forward so we are in the right way so I just hope we can keep heading into that direction and keep improving.”