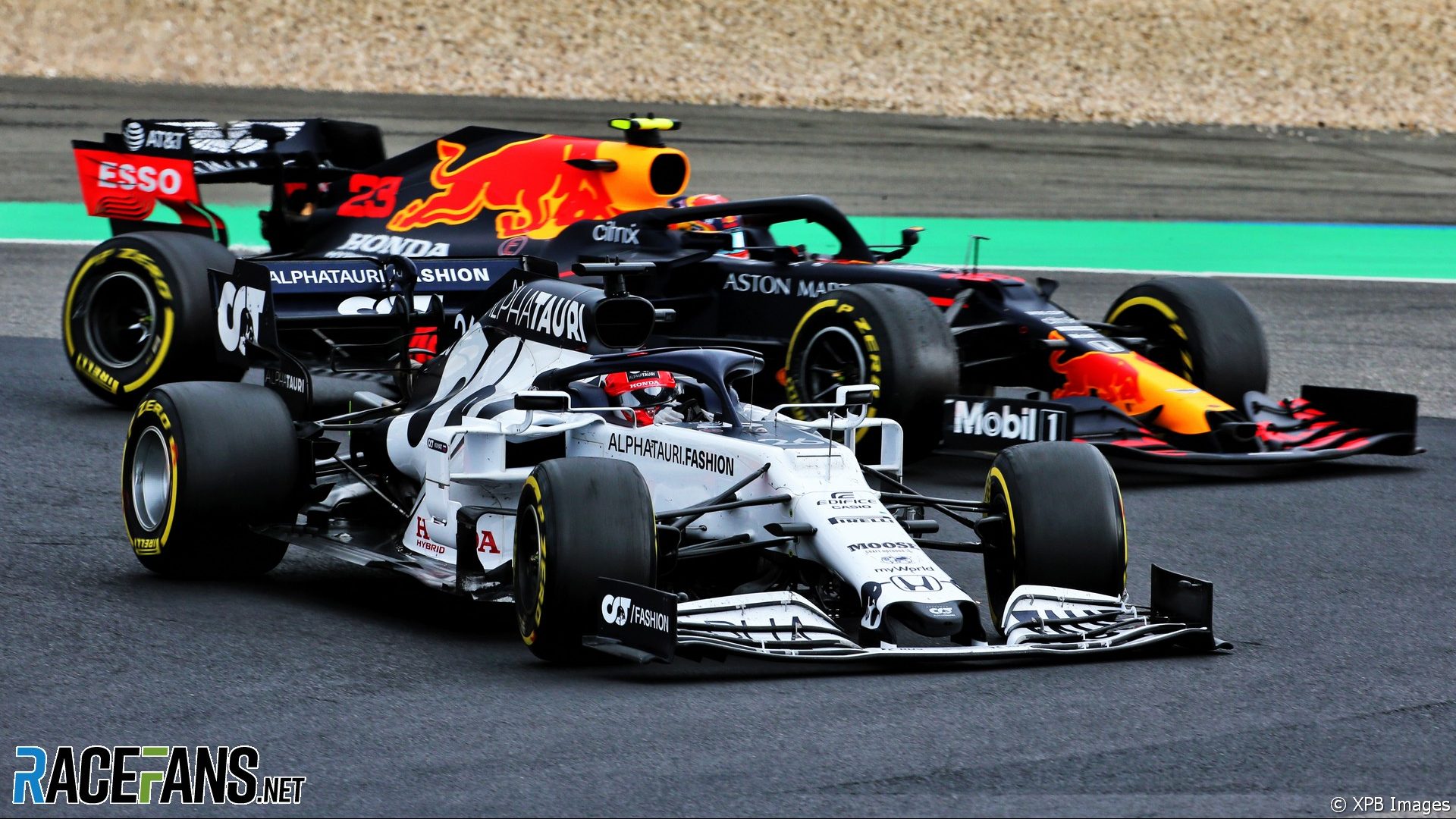 Alexander Albon has had two penalty points added to his licence for his collision with Daniil Kvyat during the Eifel Grand Prix.

Albon and Kvyat collided following a Virtual Safety Car period when the pair were disputing 10th place. Albon attempted to pass Kvyat at the Veedol chicane, but his rival ran wide and cut the corner. Kvyat returned to the racing line and Albon swept past him.

But the Red Bull driver squeezed the AlphaTauri before they entered the corner. The pair made contact, removing Kvyat’s front wing.

Albon was given a five-second time penalty, but retired from the race. His two penalty points mean he is now on a total of seven for the current 12-month period.

Kvyat was unimpressed with his rival’s driving. “I didn’t understand his manoeuvre, really,” he said.

“What was he doing? I think it was quite unprofessional of him and very poor judgement. I wouldn’t expect that from a driver of his level, he’s been racing for so long.”

The AlphaTauri carried substantial damage as a result of the collision. “The race was pretty much ruined from there on,” said Kvyat.

“I had to do the whole lap very slow with the damage front wing. The front wing as a consequence went under the floor, damaged my whole floor and brake cooling.

“The race from there was really a struggle because the car was massively down on downforce. I was just really hoping for rain or some something really strange to happen.”