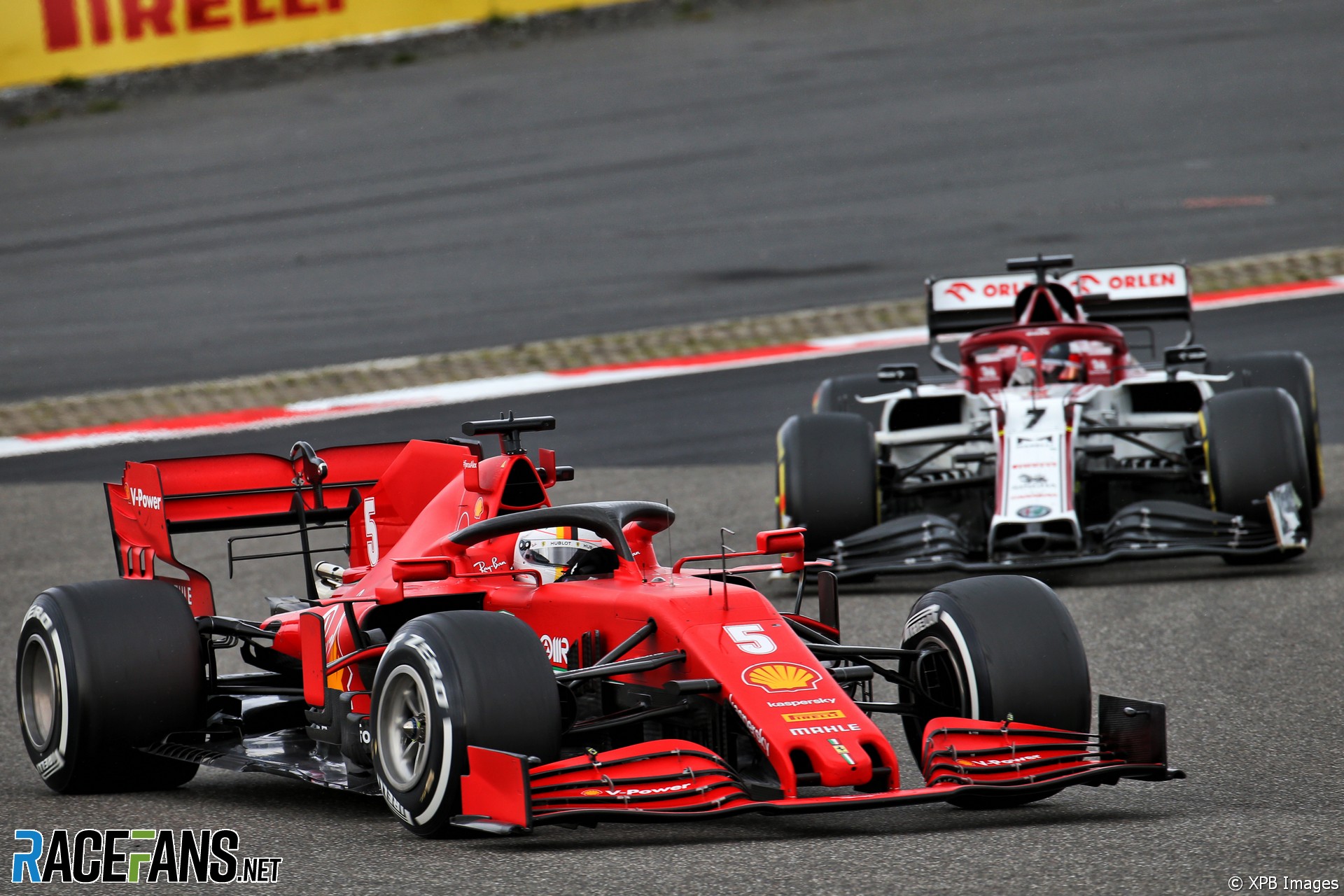 Sebastian Vettel admits he took “probably too much risk” after his early spin during the Eifel Grand Prix, which he said left him “stuck” for the rest of the race.

The Ferrari driver was attempting to pass Antonio Giovinazzi’s Alfa Romeo into turn one at the start of lap 11 when he lost control. The spin left him with flat-spotted tyres which forced the team to bring him in for an early pit stop.

Vettel admitted he had taken too much of a risk to try to find a way past his rival.

“I was only really gaining in the very last part of the straight. So I think when I was crossing behind him, I lost the car in the wake. I need to have a look again but probably it was too much risk at the time.”

Vettel finished out of the points in 11th place. Ferrari opted to pit Vettel under the late Safety Car for fresh soft tyres, but he was again unable to find a way past Giovinazzi for the final place in the points.

“With the Safety Car, there was a chance for points, but it didn’t happen,” said Vettel.

“I think we were a little bit faster than where we were, but it was very tricky. So not the first race where we get stuck. Shame that we didn’t take any points away.”