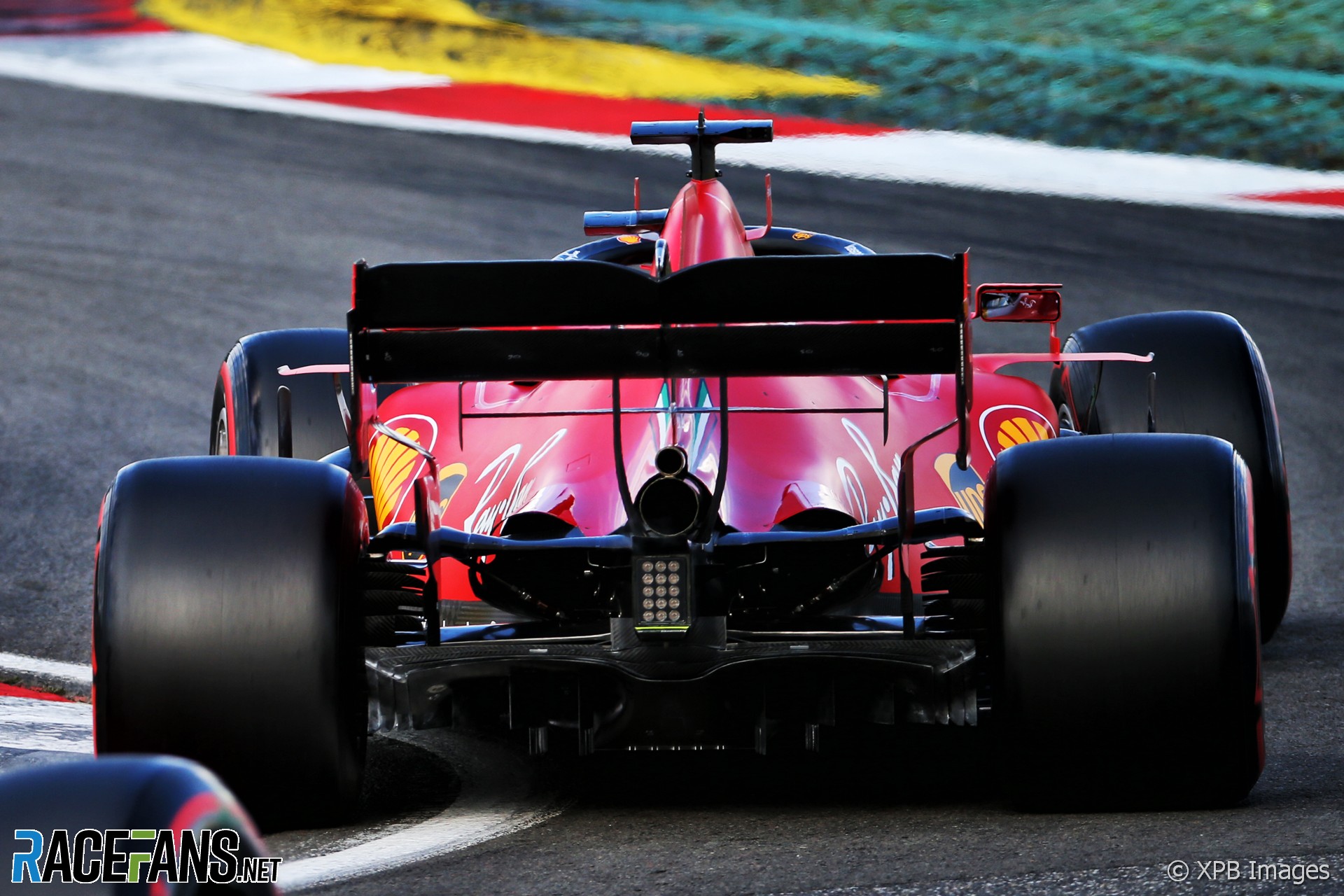 Ferrari will continue the recent upgrades to its SF1000 with the introduction of a new diffuser at this weekend’s Portuguese Grand Prix.

Head of performance development Enrico Cardile said the diffuser update which will be used at Autodromo do Algarve was the completion of the package they had started implementing from the Russian Grand Prix onwards.

“We already introduced a few small modifications to the car’s aero package in Sochi and added others at the Nürburgring,” he said. “In Portimao we will have a further update, mainly to the diffuser, completing the programme set out over the past few months.”

The team believe their improved performances in the last two grands prix, where Charles Leclerc scored sixth and seventh places, justified the confidence in the development direction they have chosen. This is particularly important given the restrictions on upgrades which will be introduced from the 2021 F1 season.

“The most important thing is to get confirmation that our development is on the right track”, said Cardile. “Indications from the past few grands prix are positive and we hope the same will apply this weekend.

“We have to consider that, more than ever this year, development is aimed at the following season.”

Development work has not stopped on this year’s car, as the team aim to return to the front of the midfield. They currently trail Racing Point, Renault and McLaren.

“We still expect to see a performance improvement with the SF1000. It would be very useful to at least find ourselves heading the group of cars and drivers currently fighting within just a few tenths for places four and lower.

“Only a couple of times this year have we been able to fight for a place in the sun on the second or third row and our aim between now and December is to be consistently fighting for those places. But then, precisely because this part of the grid is so close, it takes hardly anything to find yourself fourth or 12th, but that’s all part of the game.”

Cardile admitted it is painful to see the team languishing in the bottom half of the championship table. “I’m not joking when I say our aim is to make up ground this year,” he said.

“When we look at the standings, seeing ourselves down in sixth place hurts and we are well aware that it is not a position worthy of Ferrari. We absolutely want to improve, for us and for our fans who still support us with passion, even at difficult times like the ones we are going through now.”